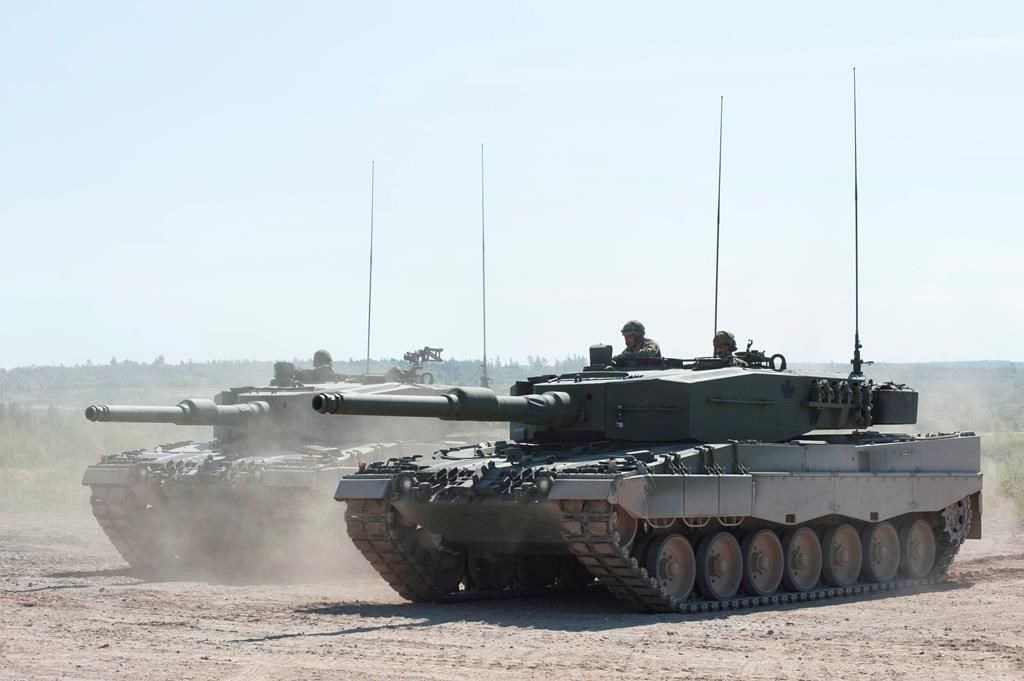 OTTAWA — Defence Minister Anita Anand is returning to Canada after a meeting in Germany today where allies failed to make much headway on providing battle tanks to Ukraine.

The question was at the top of the agenda as Anand and dozens of counterparts gathered to discuss and co-ordinate plans to provide Ukraine with new military aid.

The Ukrainian government says it needs tanks to protect its troops and launch counter-offensives against Russian forces, particularly in the eastern part of the country.

The Liberal government has not said whether Canada is open to sending some of its German-made Leopard 2 tanks.

But before Canada can even entertain the idea, it needs Berlin’s sign-off to allow it to re-export the tanks.

That did not happen during today’s meeting, with German Defence Minister Boris Pistorius saying the matter remains unresolved.