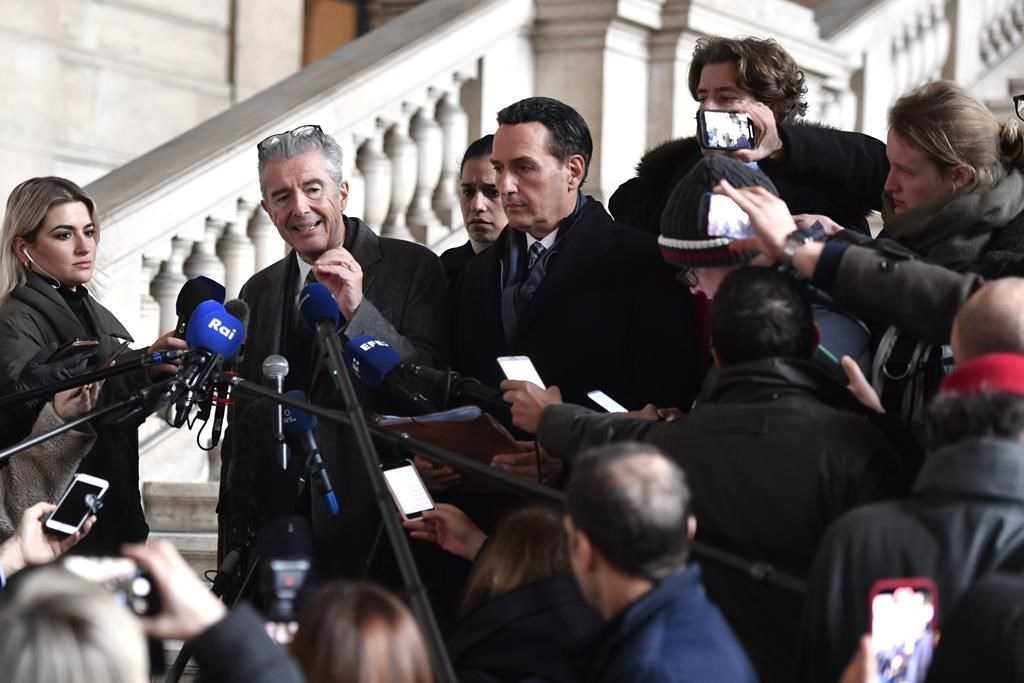 BRUSSELS (AP) — Lawyers for a former European Parliament Vice President at the heart of the corruption scandal rocking the EU assembly complained Thursday about her detention conditions and sought her release.

Greek European lawmaker Eva Kaili was removed from her VP post after she was taken into custody early last month on charges of corruption, money laundering and membership in a criminal organization. She denies wrongdoing, her lawyers said.

“Once again, we have asked for Ms. Kaili to be released from prison under alternative measures, such as an electronic bracelet or other similar measures,” said lawyer André Risopoulos after a hearing at a Brussels courthouse.

Risopoulos said Kaili was held in solitary confinement earlier this month. Another lawyer for Kaili, Michalis Dimitrakopoulos, described his client’s treatment as “torture.”

“For 16 hours she was in a police cell, and not in the prison. … She was refused a second blanket. They took her jacket. This is torture,” he said. “The light was on all the time. She couldn’t sleep.”

Belgian prosecutors suspect that Kaili, along with former parliament member Pier Antonio Panzeri, Kaili’s partner and Panzeri’s friend Francesco Georgi, and Niccolo Figa-Talamanca, head of the charity group No Peace Without Justice, were paid by Qatar and Morocco to influence decision-making at the assembly. Both countries deny the allegations.

The federal prosecutor’s office said Tuesday that Panzeri had agreed to become an informant and reveal more information about the scandal in exchange for a lighter sentence. He’s pledged to tell investigators the names of those involved and what financial arrangements were made with other countries.

The scandal came to public attention on Dec. 9 after police launched more than 20 raids, mostly in Belgium but also in Italy. Hundreds of thousands of euros were found at a home and in a suitcase at a hotel in Brussels. Mobile phones and computer equipment and data were seized.