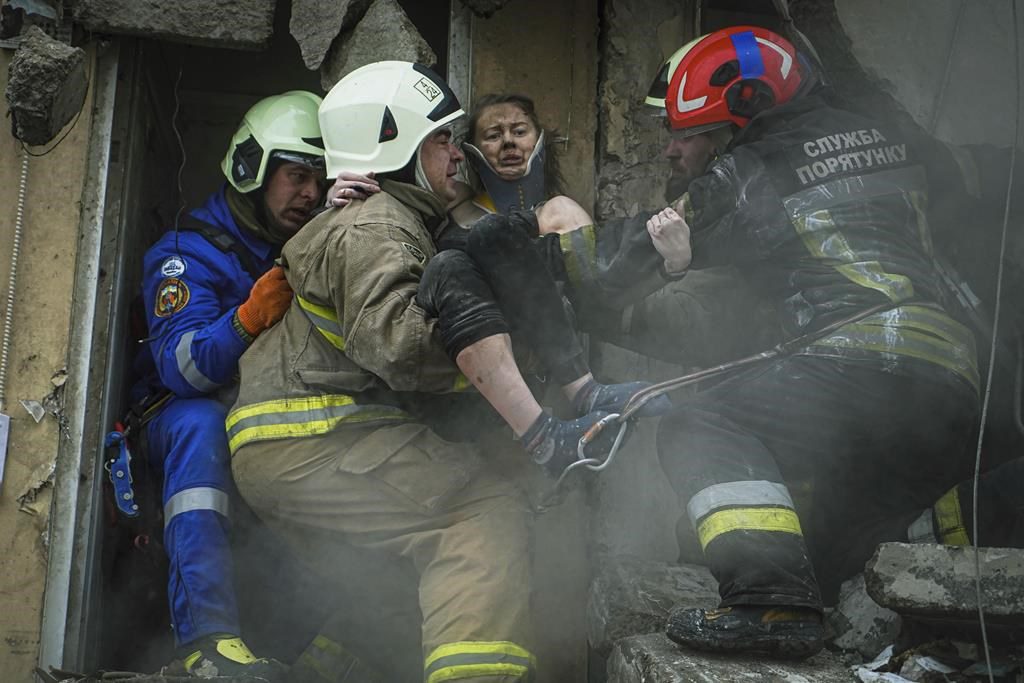 KYIV, Ukraine (AP) — The death toll from the weekend Russian missile strike on the apartment building in the southeastern Ukrainian city of Dnipro has risen to 35, an official said Monday.

Rescuers continued searching through the rubble for more victims, regional Gov. Valentyn Reznichenko said. At least 75 people were wounded and 35 others were still missing after Saturday’s strike.

About 1,700 people lived in the multi-story building, with residents saying there were no military facilities at the site. The reported death toll made it the deadliest attack in one place since a Sept. 30 strike in Ukraine’s Zaporizhzhia region, according to The Associated Press-Frontline War Crimes Watch project.

The strike on the building on Saturday came amid a major barrage of Russian cruise missiles across Ukraine.

Russia’s renewed air attacks came as fierce fighting raged in Ukraine’s eastern Donetsk province, where the Russian military has claimed it has control of the small salt-mining town of Soledar but Ukraine asserts that its troops are still fighting.

If the Russian forces win full control of Soledar, it would allow them to inch closer to the bigger city of Bakhmut. The battle for Bakhmut has raged for months, causing substantial casualties on both sides.

With the grinding war nearing the 11-month mark, the U.K. government announced it would deliver tanks to Ukraine, its first donation of such heavy-duty weaponry. Although the pledge of 14 Challenger 2 tanks appeared modest, Ukrainian officials expect it will encourage other Western nations to supply more tanks.

Other developments on Monday:

— Russian and Belarusian air force launched a joint exercise in Belarus that will run through Feb. 1, the Belarusian Defense Ministry said. Russia has sent its warplanes to Belarus for the drills.

— Air defenses shot down a drone over the bay of the port of Sevastopol in Crimea early Monday, said Sevastopol head Mikhail Razvozhayev.