Where do we go from here with protests? I don’t mean the truckers specifically. I’ve already said they should accept that they’ve won a far bigger victory than they could possibly have expected, go home, and continue working for freedom, instead of staying until it all goes wrong. I mean with the protest next time.

There will be a next time. Not, presumably, for truckers protesting mandates. But for protests generally. Especially with Ottawa being the national capital, or technically Ottawa-Gatineau lest I should face protests from Quebec nationalists, aging Trudeau Sr. bilingualism-biculturalism fanatics or some such disgruntled band, people will come here and protest. As they will to provincial capitals, and other places too.

They always have. Sometimes with bad manners and vandalism front and centre, and almost always with a bit on the fringes. And they aren’t going to stop. The right to “petition” the government is an ancient one, reaffirmed in the Bill of Rights. The English Bill of Rights, I mean. The 1689 one. And while the seventeenth century might seem to imply more powdered wig than truck horn, well, sometimes you have to shout to be heard. (Though you can’t always count on people believing you once they hear you.) And if you think the past wasn’t rowdy, you know nothing of it. Definitely including the seventeenth century.

So Ottawa, you haven’t seen the last of protests. Nor, chattering classes, have you. So here’s the problem. Many pundits and progressive politicians have taken astoundingly strong and offensive positions this time around about the turmoil that accompanies protests. And they didn’t do it from conviction, but opportunistically, because they didn’t like this cause.

It doesn’t seem to have worked; even the federal Minister of Transport now says “They made their point. The whole country heard their point of view” which is a big step forward from denouncing them as a horde of monument-desecrating Nazis. But what do they say next time there’s a protest?

In these relativistic times, people seem remarkably comfortable taking one position with regard to their friends and another with regard to their foes. And not just my foes. Across the spectrum there’s a depressing willingness to wink at conduct from an ideologically sympathetic source that we holler about if we don’t like the message, the messenger or both. And a depressing tendency to dig the hole ever deeper in the process.

I’m under no illusion that, until recently, public debates were conducted with studied decorum on the basis of carefully researched, thoughtfully articulated positions. If you look at the scandalous propaganda from the late Roman Republic you might well exclaim “O Tempora O Mores.” And if you’re wondering which American president was publicly labeled a “hypocrite”, an “impostor” and “little better than a murderer”, why, it would be George Washington. Still, it strikes me as problematic that the chattering classes took such venomous positions on this protest with such little thought to the precedent involved.

For instance when someone put a Canadian flag, a hat and a sign on a Terry Fox statue, CBC used the word “defaced”. Which was already revolting since we have seen a spate of protests where historical statues were literally decapitated, toppled and even thrown into the harbour without them wrinkling their noses. And indeed a picture now circulating on the internet promptly showed someone next to a Terry Fox statue with a rainbow flag, which was apparently fine.

There is an enormous difference between temporarily decorating a statue, especially with things not obscene or otherwise inherently offensive, and smashing it. But the smart set inverted it. The Orwellian nonsense about how non-violence is violent so violence is non-violent used to be confined to the lunatic fringe. Now it’s progressive mainstream. But what will they say next time someone touches a statue? Or some Occupy protest smashes a storefront, something the truckers did not do although people raved about Ottawa being “terrorized by mob rule”.

It was also grotesquely un-self-aware for Doug Ford to demand that anti-lockdown protestors let people resume their normal lives. Then there’s that Canadian flag with a swastika scrawled on it. Which was almost certainly intended to claim that the country was already fascist, not that it should be. And again, as soon as the great and good went into full Nuremberg rally mode, a picture surfaced of Trudeau speaking at an event where someone prominently displayed… a Canadian flag with a swastika scrawled on it. Sauce for the goose, right?

The rhetoric was so over-the-top, the scorn and disgust at the vulgar masses so openly on display, and the documenting of it online so thorough, that it is going to be a lot harder to reverse course yet again when the next protest is on behalf of what Justin Trudeau considers an “acceptable” point of view. And I don’t just mean on substance. I mean on the level of vitriol, including from people like Ottawa mayor Jim Watson, and McCarthyite calls to investigate businesses that sold the protestors food or have parliament doxx all who contributed to their GoFundMe campaign.

It would have been so much better to show respect and strive for consistency. Why was it so hard? And whatever will we do next time? Because there will be a next time. 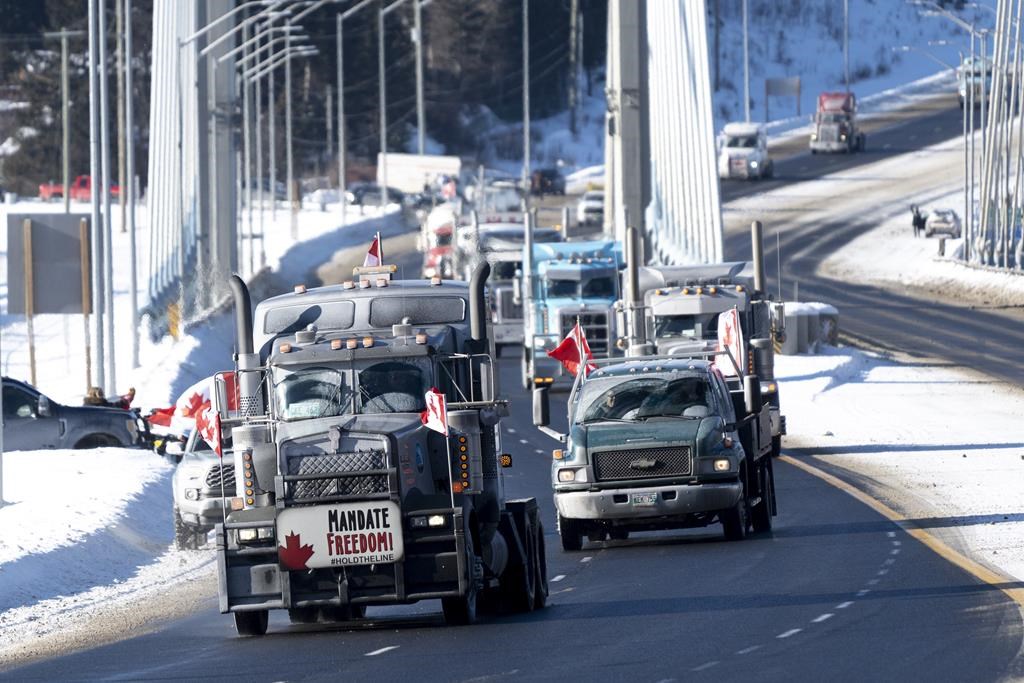 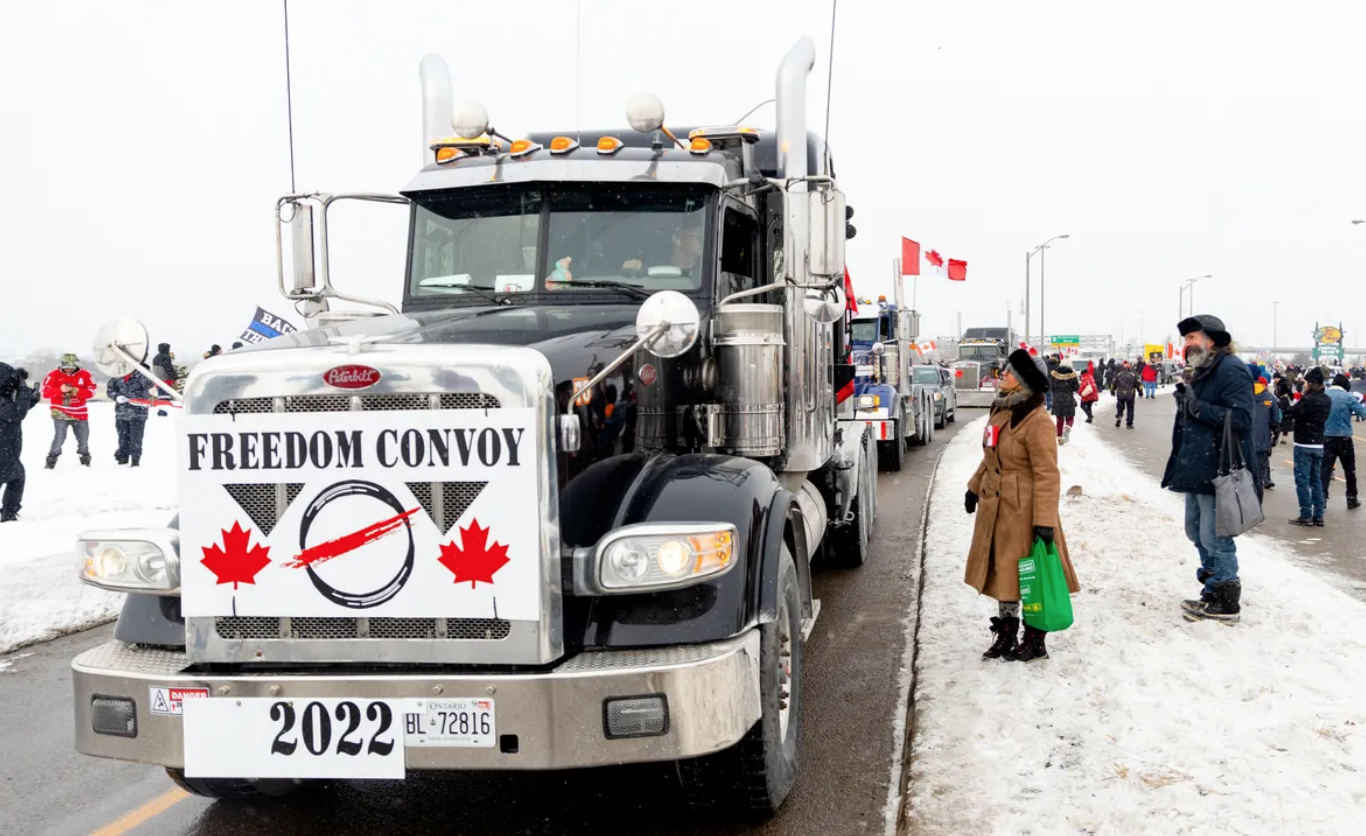 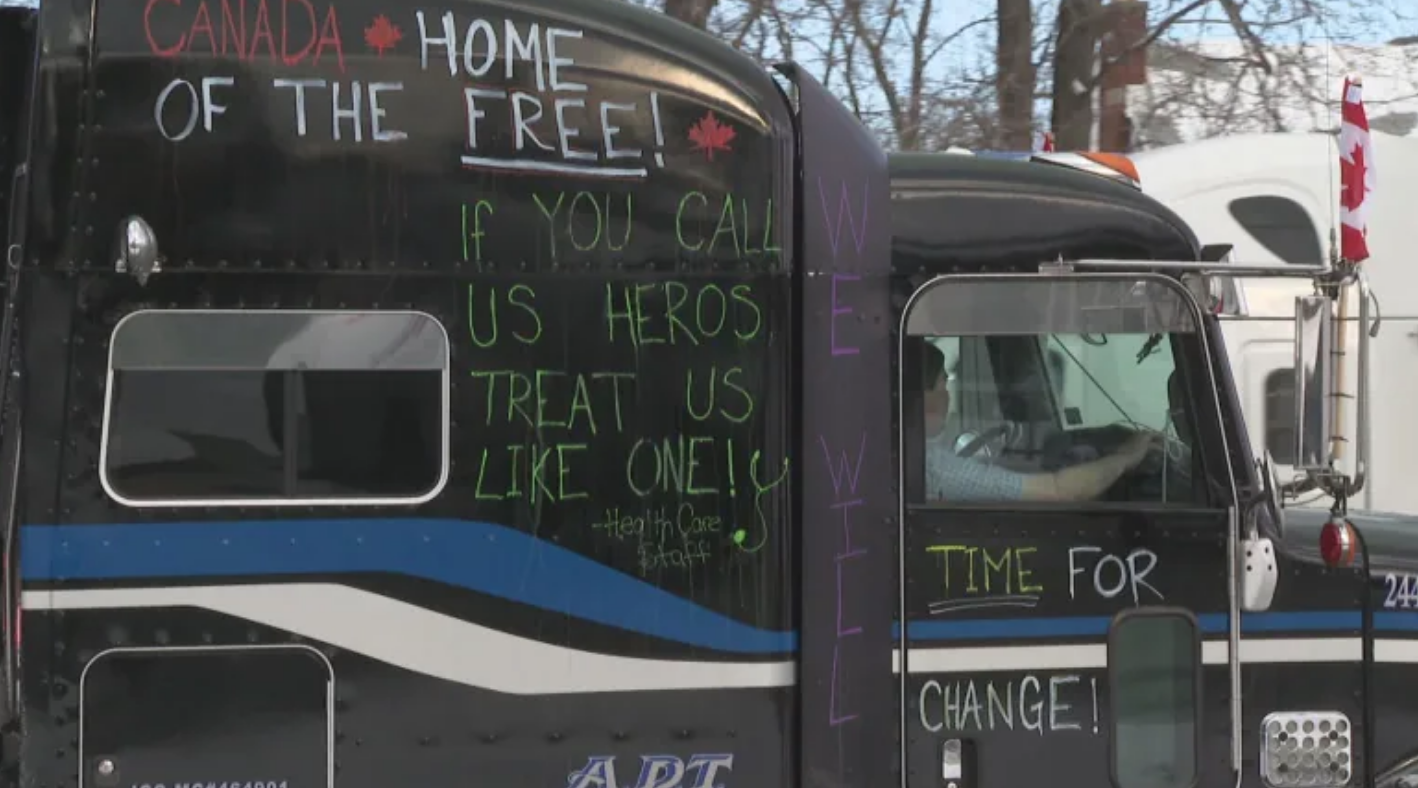