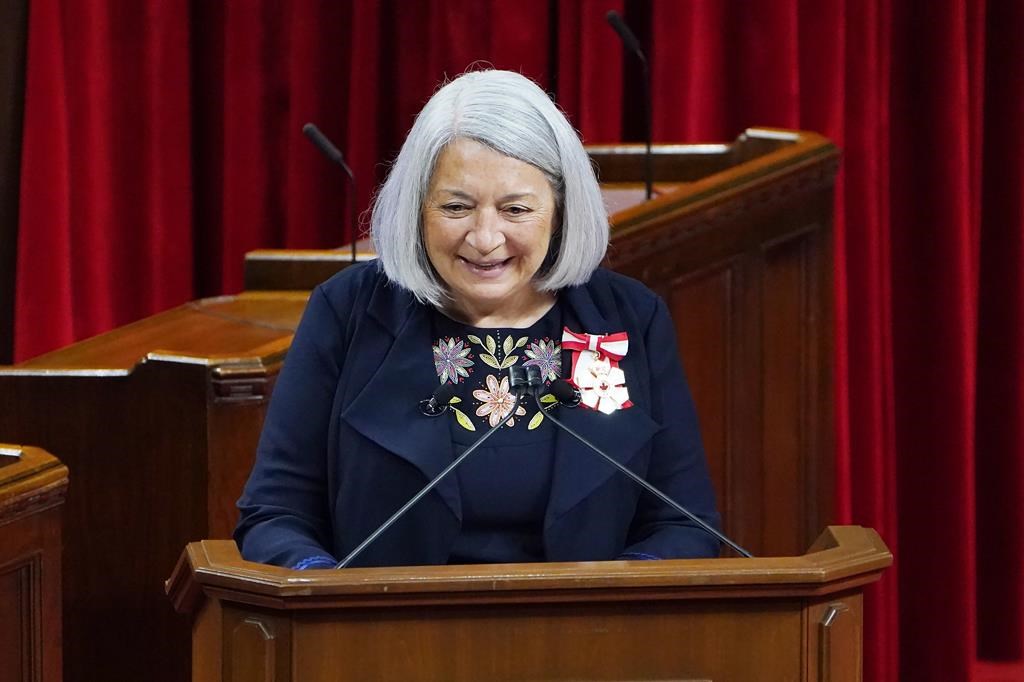 The latest federal Throne Speech opening the 44th Parliament has attracted the usual wave of criticism. Some comments are thoughtful  while other complaints should be dismissed out of hand.

Those who point out the lack of emphasis on inflation, labour shortages or concerns about future deficits in the Throne Speech have raised valid points worthy of a constructive debate.

Other complaints about the vagueness of the Trudeau’s government statements are less well-founded,  given the history of Throne Speeches in most parliamentary democracies. They have rarely been specific.

Mr. Singh’s constant refrain that the Liberals repeatedly promise programs and do nothing would be more compelling if he did not routinely ignore major achievements such as a national carbon levy or a substantial child care program.

The strangest epithet hurled against the latest Throne Speech that I read was “like his father, Prime Minister Trudeau is determined to establish a legacy – and hang the consequences.”  Some consequence – patriation of the constitution and the charter of rights and freedoms.

This criticism aligns with Erin O’Toole blasting Mr Trudeau’s ‘ideological’ approach to policy making. Funny how those words could well apply to the vagaries of Conservative policy-making.

But there remains a distinctly anti-democratic tinge to some of the criticism.

Imagine a government actually wanting to focus and implement the platform on which it just ran in the recently concluded election. Is that not the purpose of an election, to give the public choices to make?

One media commentator, writing in a national newspaper, started his column by implicitly questioning the Liberal government’s mandate to press ahead with reconciliation with Indigenous peoples, combatting climate change, new housing supports and the national child-care program.

He notes “ in the last federal election, the Liberal Party received the support of less than one-third of the voters. No federal political party has formed government with a weaker public mandate”.

The column continues that ‘the Liberals appears determined to push forward with a weak electoral mandate and despite warnings from the central bank that interests rates are about to climb’.

The commentator then suggests that the failure of the Liberals to win the popular vote in five of the last 7 elections speaks in part to ‘declining legitimacy’ of political institutions in the country.’

There are numerous caveats that should be applied to these types of analysis.

The first is recognition that the NDP, the Greens and the Bloc Quebecois  campaigned in favour of a host of policies which mirrored a number of these Liberal agenda items. Adding together their collective vote, almost two thirds of Canadians supported focus in these areas.

Depending whether you count the Conservative flip flops on climate change and their support for a tax-based child-care program, it would be reasonable to argue that an even greater number of the electorate support at least some of these policy thrusts.

The second is the reality of a minority government. Unless the Liberals secure the support of at least one other party (other than the Greens) for each piece of specific legislation, the initiatives will fail to pass.

With the emergence of more flexible voters, prepared to switch their votes among parties, politicians have to work harder than ever to adapt to the changing public mood rather than count on entrenched supporters.

What could be more democratic.

Cutbacks to the CERB and other Covid relief programs will be enacted because of announced support from the BQ and perhaps the Conservatives. The NDP has signalled its support for the continuation of a hybrid Parliament, thereby ensuring its passage.

What troubles me the most is the recurring suggestion that minority governments and adapting governance processes to meet Covid somehow delegitimize a government.

For centuries, whoever gets the most seats in a ‘first past the post’ Westminister system has been given the right to try to form the government. Casting aspersions about legitimacy of a duly elected government trying to advance its agenda is a far greater threat to our democratic institutions than innovative efforts of governing.

As to those critics who believe that an opposition and the media can only hold a government to account through ‘in person’ sittings of Parliament, I say welcome to the 21st century. We are working on changes to the way Canadians vote [electronic], interact with parliamentarians and the public service [virtually, electronically rather than pure paper bound and in-person processes]. We continue to explore in some jurisdictions changes to the ‘first past the post’ system to include ranked ballot or proportional representation.

Canadians so inclined can immediately access from start to finish the details of every question and important debate as well as committee sessions on widely available public channels.

As to complaints that hybrid or virtual sessions diminish the value of Question Period, its value will be established only by the quality of the questions and the analysis they are based upon.

Sadly, since the advent of broadcast sessions, all sides including the Opposition play primarily to their own constituencies. That includes the use of visual aids and theatrical pranks

To truly hold government accountable, the challenge keeps coming back to the need for better quality research, investigations and analysis. That includes raising the bar for the Opposition, media, special interest groups including business and union groups , academics and think tanks.

With broadened access to Information legislation, transparency measures such as enhanced lobbyist registries and empowered independent officers of the legislature such as the Parliamentary Budget Office and the Auditor General, the Opposition and media have never been better equipped to hold governments to account. This is particularly true in minority governments where many important committees are chaired by opposition members.

Instead, in the prevalent ‘horse race’ type of analysis, too much reliance is placed on the interpretation of public opinion polls to evaluate government programs.

There remain many challenges to democracy in Canada today. Minority government and governments following through on their current election platforms are not among them. 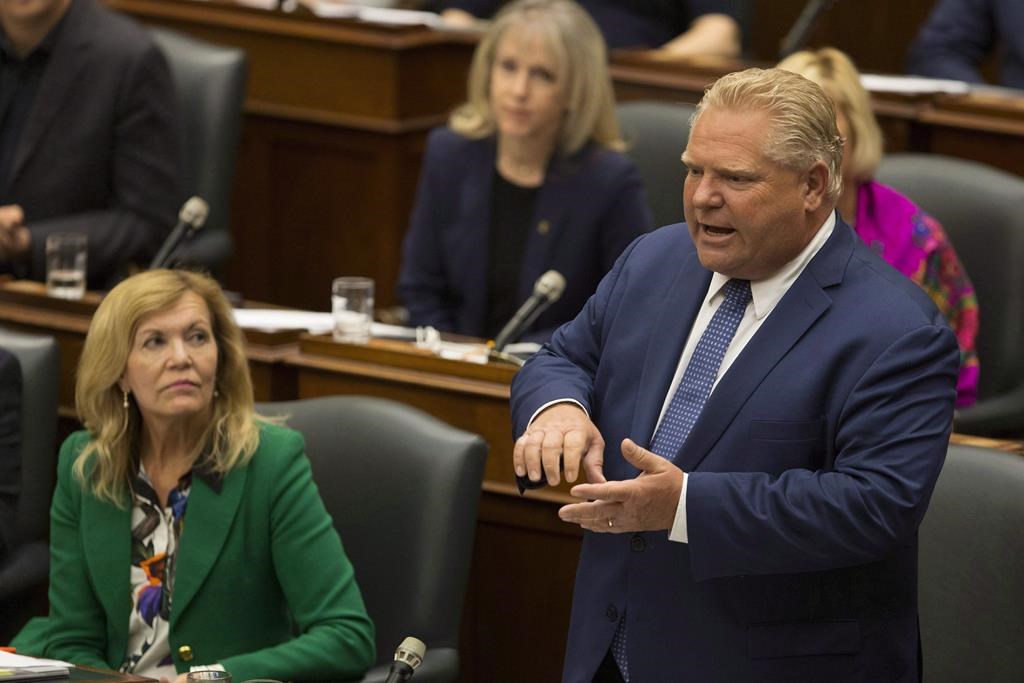 The unusually short October 4 Ontario throne speech didn’t say much. For Green Party leader Mike Schreiner it “had to be one of the most uninspiring throne speeches I’ve ever heard.”

The slender document made more sense, however, as the opening salvo in an as yet informal Ontario election campaign, culminating eight months from now on June 2, 2022.

By October 8 the launch of TV ads by both the Ford PCs and Andrea Horwath’s New Democrats had stiffened this reading of the October 4 speech.

It also suggested that the 2022 Ontario election will have an effectively American-style long campaign, starting early in the fourth quarter of 2021.

There were signs that the Ford government’s address on its near-future plans had been put together hastily as well.

The remarks read to the Legislative Assembly by Lieutenant Governor Elizabeth Dowdeswell, for example, highlighted the government’s response to the pandemic over the past 18 months. And they praised the parallel role of  a broader “Ontario spirit” — defined by “Strength. Determination. Compassion. Generosity. Grit.”

But are the Tory speech-writers aware that one key meaning of “Grit” in the Shorter Oxford English Dictionary is : “In Canadian politics a Radical or Liberal”? Is this why Steven Del Duca’s spirited Ontario Liberals are now calling themselves “True Grit”?

The Lieutenant Governor’s talk did put forward at least one new thing.

Unlike the Ford government’s first throne speech of July 12, 2018, the 2021 edition begins by “acknowledging that we are all on lands traditionally occupied by Indigenous Peoples.”

At the same time, the Doug Ford Conservative version of this kind of acknowledgement has evolved from the simpler practice begun by Kathleen Wynne’s Liberals. It is somewhat more complex and historically accurate. The capital city region’s deep past has involved “many Indigenous nations.”

On October 4, 2021 the Lieutenant Governor also acknowledged that “we are meeting in the area covered by Treaty 13, also known as the Toronto Purchase.” And the reminder that (in Ontario at any rate) the lands “traditionally occupied by Indigenous Peoples” were ultimately “purchased” arguably delivers a particular conservative message about Indigenous rights.

Yet again the 2021 throne speech is just a hasty beginning for the long 2022 election campaign. It was quite unusually given at 9 AM in the morning — so Premier Ford and four cabinet ministers could fly to Timmins in the northeastern Ontario mining country in the afternoon.

The trip was meant to spark the local Ontario election campaign of the current Mayor of Timmins (a retired mining executive). He is hoping to take a longstanding safe NDP seat in the great north for the PCs, on June 2, 2022.

The day after the throne speech the Ontario PCs launched a “pre-election advertising blitz,” promoting Premier Doug Ford as another big spender in the midst of the pandemic, not unlike PM Justin Trudeau.

The almost two-thirds of all Ontario seats the Trudeau Liberals won in the recent federal election do seem to be weighing on the PC mind. Premier Ford wants some people of Ontario who voted Liberal federally in 2021 to vote for him provincially in 2022.

Meanwhile, the provincial Financial Accountability Office has published data which illustrate further strands in the premier’s latest intermittent jabs at just getting along with the re-elected Liberal minority government in Ottawa.

The FAO reports that $170.3 billion has so far been spent on COVID support in Ontario. As much as 85% of this sum came from the federal government. Only 15% came from the province.

In the end marketing Doug Ford as more of an old-school progressive conservative than he really is has been an intermittent feature of Ontario PC thought, since the premier abandoned his hard-right populist incarnation from the 2018 throne speech in the summer of 2019.

The fixed-date election day on June 2, 2022 is still eight long months away.

Steven Del Duca’s Liberals have had some recent success getting media attention.

Yet the struggle between New Democrats and Liberals to define a winning progressive alternative could still prove a great gift to Conservatives this coming June 2.

It is of course far too early to tell. But as the Ontario political universe looks right now, Premier Ford could stand a better chance of winning the next election than he may actually deserve.