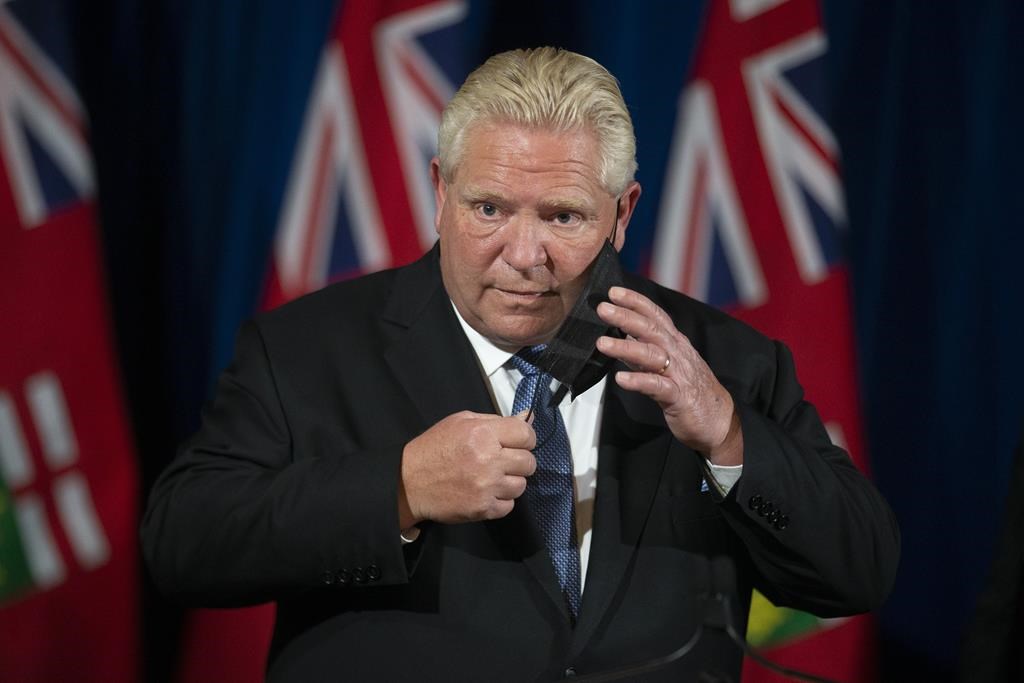 The “2021 Ontario Economic Outlook and Fiscal Review” released this past November 4 at least seemed to make one thing clear.

With the next provincial election only seven months away, the document underlined the evolution of the original “For the People” regime advanced by Premier Ford back in 2018 into the reformed “Working for Workers” Ontario PC government today.

Working for Workers is only one of three main 2021 Outlook policy themes. The other two are “Protecting Our Progress” and “Building Ontario.”

But it is the lead implementing action of Working for Workers — “to increase the general minimum wage to $15 per hour effective January 1, 2022” — that has grabbed headlines.

As it happens, this is something the Wynne Liberals had scheduled for three years ago. And the original Ford For the People regime cancelled the increase in September 2018 (along with freezing the earlier $14 per hour  minimum wage for two years).

As urged by various observers in various ways, the Ford government’s earlier minimum wage policy can only cast doubt on the depth and sincerity of its broader Working for Workers theme in the fall of 2021.

At the same time, many were also surprised when two prominent union leaders showed up in support of Premier Ford’s pre-Outlook announcement of the minimum wage hike, on November 2 — Unifor’s national president Jerry Dias, and the president of the Ontario Public Service Employees Union, Smokey Thomas.

CBC News has suggested that this “can only be seen as a big political win for the PCs.”

A somewhat different report in the Globe and Mail urged that even the full slate of Working for Workers actions in the 2021 Ontario Economic Outlook “do not go nearly far enough … It’s like handing out lollipops when people need a three-course meal.”

Still, Jerry Dias and Smokey Thomas sharing a stage with Doug Ford can make even a cynical observer wonder about the current regional political mood.

Moreover, it is not just in Ontario that some conservative politicians are nowadays working to build new connections with workers. This past spring The Independent in the United Kingdom was asking : “The working class is voting Tory. Why?”

The headline went on: “The political world is turning upside down, with Conservatives winning more blue-collar votes and Labour seducing the middle classes.”

Just this past September another Globe and Mail headline advised Canada’s most populous province (with a Union Jack still in the canton of its old imperial-colonial provincial flag) that “Boris Johnson faces dissent in Tory ranks over his embrace of big government.”

Yet despite much apt criticism, the latest opinion polls are showing that Johnson’s worker-friendly Tories still have a slight lead over the Labour Party, with Liberal Democrats and Greens well behind.

Meanwhile, back in North America, the November 2 somewhat surprise election of Republican businessman Glenn Youngkin as Governor of Virginia can also be read as adding weight and heft to Working for Workers in the current Ontario PC lexicon.

In Virginia as in Ontario the working class in the 2020s is in some respects an increasingly rural/small town (and/or exurban/suburban) phenomenon.  (See also small-town Pennsylvania in the new US TV series “American Rust.”)

Ontario finance minister Peter Bethlenfalvy alluded to this side of the broader picture when he presented his 2021 Ontario Economic Outlook and Fiscal Review to the Legislative Assembly.

As reported by the Toronto Star Mr. Bethlenfalvy complained that “Liberals and New Democrats are fixated on ‘downtown activists’ instead of suburban commuters. ‘It is time to get the 413 built.’”

This new superhighway strategy may remind a few much older voters that there was recently a large commemoration of the late widely (and justly) admired Ontario PC premier William Davis, in the provincial capital city.

And the Ford government’s fresh financial emphasis on building more GTA superhighways — 413 and the Bradford Bypass —  points to a 2022 election strategy almost the complete opposite of Brampton Bill Davis’s winning “Stop the Spadina Expressway” campaign of 1971.

All that, however, was 50 years ago. Times have changed, especially with the apparent newfound workers’ profile induced by the global pandemic. And maybe, in a global village where Boris Johnson is Prime Minister of the United Kingdom, Doug Ford does not seem quite so not-quite-right as Premier of Ontario.