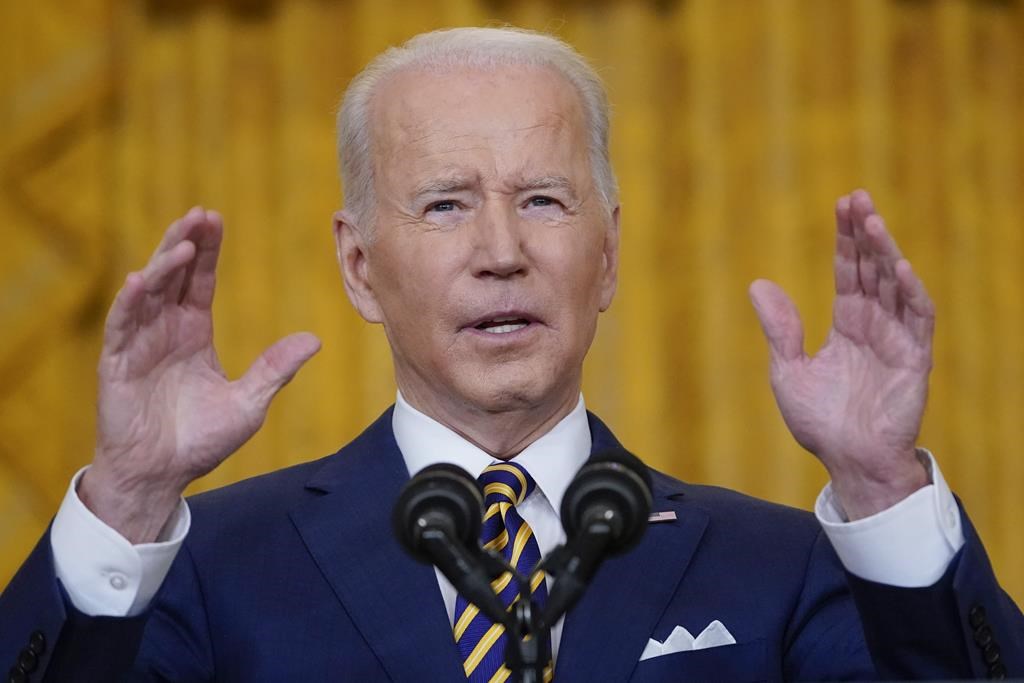 One year into his presidency, Joe Biden took questions from reporters for over an hour and a half.

Like his first year in office, it was an uneven performance, but it was also several things at once: it was calm and professional, a bit folksy, a bit in the weeds, even sometimes a bit blunt. He flashed anger at disingenuous questions, cracked jokes and flashed a big grin. He joked if reporters wanted to “go another two hours” and at one point let journalists ask questions by passing the microphone down the row of chairs.

His withdrawal from Afghanistan was a humanitarian, geopolitical and PR nightmare, but he defended the decision in a convincing way that there was never going to be a good time to leave, but leave he must with Americans unwilling to risk more lives and spend indefinite sums.

He made news, saying he would be open to splitting his signature Build Back Better bill into individual packages, prioritizing the half-trillion dollars for climate action, and trying to make progress on early childhood education.

On COVID-19, he brought reasonableness and a general sense of science guiding decisions, after the chaos of the Trump years. He prioritized vaccines and got them out the door. He failed to anticipate the anti-vaxxer extremists would self-sabotage their own health, and wasn’t prepared for the variants. But, there is a sense that he at least put a lid on the pandemic after a year of Trumpian disaster.

His efforts on voting rights and fair elections came belatedly, but forcefully. He needs to find a way to get something done on this, come hell or high water. Executive action if congress fails to act. Narrow efforts if he can’t get the whole package – but not just about how to count the votes after they’re cast. He also has to ensure the rules of the game are fair. This is about America’s original sin of a racial caste system as much as it is about democracy. It is too big to ignore.

He’s taken the politics largely out of the justice system, though it would be nice to see more forceful prosecution of the January 6th insurrection. Perhaps his Attorney-General is on it, and he as president is removed from it. That’s as it should be, but it’s unsatisfying, I suppose.

He’s also a typical Democratic president when it comes to Canada: friendly, but in it for his country, not for our interests.

He is ultimately stymied by his narrow margins in the Congress, a victim of the big-ten nature of his party, with senators and congressmen who’d be moderate Tories in Canada made to caucus with young socialists. I still don’t understand why he didn’t offer a few Republican senators an ambassadorship to (at least temporarily) boost his margin in the senate, but maybe that’s why I did the comms, not the legislative strategy.

The press conference – both in style and length – was a fitting rebuttal to the notion that he’s lost a step. His forcefulness of late has shown he has the energy to lead – he just needs the wins to prove it.

His consistent refrain, and probably best political point, was to challenge the Republicans for not only being the Truman “do nothing Republican congress”, but taking it even further, repeatedly asking, “What are they even for?” Calling out the performative vacuousness of his opposition has legs. “What would even be the Republican platform right now?” he asked. It’s a line that hits the mark. “I honest to God don’t know what they’re for.” Indeed.

The first year can best be summed up as a decent start, with room to improve. After four years of Trump, that’s pretty reassuring.