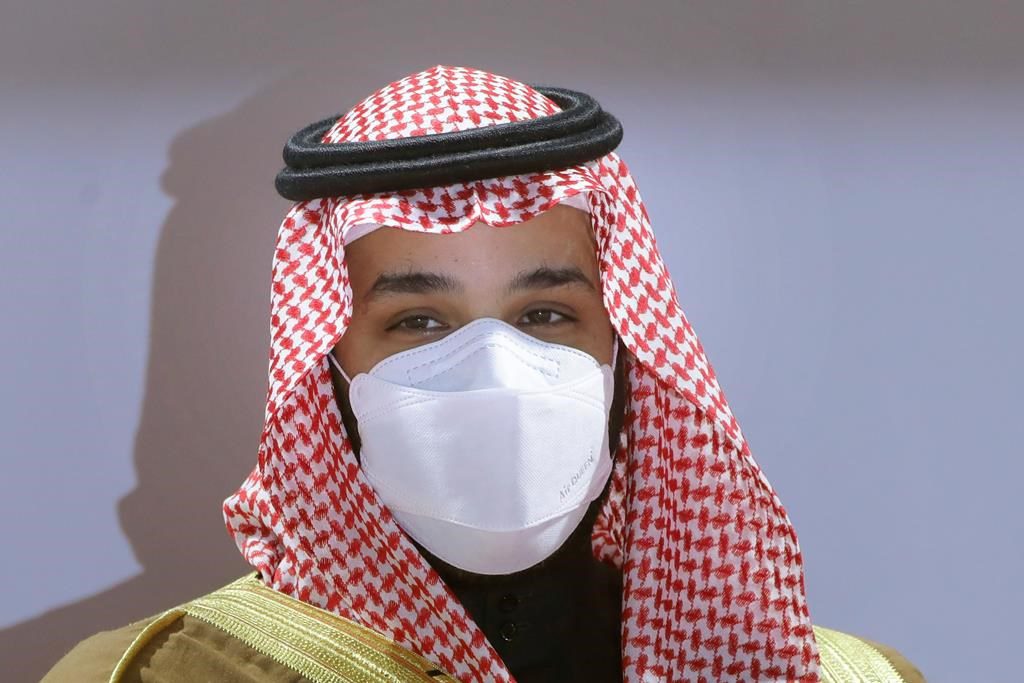 Along with Israel, it is one of the few states that can commit almost any offence, and still guarantee the complete, unfettered support from almost any administration, liberal or conservative.

In Canada, for instance, Saudi Arabia reached its zenith of influence during the tenure of former Conservative Party leader and Prime Minister, Stephen Harper.

While in office (2006-2015), Harper made the expansion of commercial relations with Saudi Arabia one of his government’s top priorities. That prioritization later bore (poisoned) fruit, when Harper and the Saudis brokered the largest arms deal in Canadian history. It’s a deal Harper still expresses pride in, despite the fact that military arms he sold enabled the Saudis to commit countless atrocities against civilians in neighbouring Yemen.

Nothing can quench Harper’s love affair for the Saudis though. It persists to this day, even in political retirement.

Just this fall, he traveled to Riyadh for a business trip and gushed about the “profound transformation” the Kingdom was experiencing. Most telling, he expressed not one single concern about its mass executions, its crackdown on human rights defenders or its subjugation of women and girls. It was all just fawning praise from the former PM.

Of course, Harper is not the only member of the Conservative Party to cozy up to the Saudis.

Prior to becoming Conservative Party leader, one of Harper’s political lieutenants, Erin O’Toole, pledged in the 2019 election to “win some trust” and increase commercial links with Saudi Arabia. A year before that, another dutiful neophyte, the former Foreign Affairs Minister John Baird, appeared on a Saudi-owned television station to chastise Prime Minister Justin Trudeau, after his then Global Affairs Minister Chrystia Freeland, for tweeting out support for the imprisoned Saudi activist and blogger, Raif Badawi.

It was a disgraceful and dishonourable move on Baird’s part; one that only served to humiliate him and severely damage his integrity, all while highlighting the Liberal’s more principled approach to taking on the Saudis. At that point, the Liberals had shown commendable nerve by suspending the arms deal that they had inherited from the Conservatives, after news broke that the Saudi Crown Prince had arranged for the brutal murder and dismemberment of journalist Jamal Khashoggi.

Unfortunately, the Liberal’s grit did not last long. In the face of Saudi pushback, the Liberals quickly abandoned their previous principle and became just as complicit as their Conservative predecessors. In no time at all, they reinstated the permits they had previously suspended and continued the exportation of light armored vehicles, along with sniper rifles, explosives, and other military equipment.

The political situation is much the same south of the border.

Soon after taking office in 2017, former Republican President Donald Trump snubbed traditional allies in Canada and Mexico by selecting Saudi Arabia as the destination for his first foreign trip. His government’s subsequent exportation of more than $8 billion worth of arms to the Saudis, with seemingly no regard for the immense misery and suffering experienced by Yemeni civilians – the disproportionate victims of Riyadh’s unlawful and indiscriminate airstrikes –  was further proof of he (and his party’s) unbecoming allyship with the Gulf Kingdom.

For a time, the election victory of Joe Biden offered a brief moment of hope (just as it did in Canada with Trudeau’s 2015 electoral triumph) that the U.S. might pursue a more just and even-handed approach when dealing with the Saudis. In his first foreign policy speech as President, Biden declared that that the war in Yemen had to end and that his administration would be eliminating “all American support for offensive operations in the war in Yemen, including relevant arm sales.”

As you might have guessed, the public’s optimism didn’t last long.

Within a matter of months of delivering those lofty remarks, Biden had authorized the sale of $650 million of missiles to the Saudi Kingdom, along with hundreds of millions more in U.S. military maintenance for Saudi aircraft.

It was a move entirely out of the Trudeau Liberals’ playbook: promise a more humanitarian foreign policy when it is easy to do so (i.e., before an election) and then renege on your word once in office. Or in Trudeau’s case, after the first threats of financial retribution are made.

As recent history has shown, neither the centrist Liberals and the Democrats, nor the right-wing Conservatives and the Republicans, are capable of pursuing a foreign policy that is complicit-free from the war crimes and human rights abuses committed by the Saudi regime.

With the political establishment in both Canada and U.S. unwilling to stand up against the Saudi regime, it has once again fallen to the members of the public and their political champions on the social democratic left, to stand up against such immorality and demand real policy change from the status quo.

In Canada, Jagmeet Singh and his left-leaning team of third-party New Democrats deserve equal praise for their steadfast opposition of weapons sales to Saudi Arabia, and for their electoral promise in general to ensure that “Canadian-made weapons are not fueling conflict and human rights abuses abroad.”

Whatever their faults, Omar, Sanders, Singh, and their fellow social democrats are at least showing some bravery and morality by speaking out against both the Saudis and their own respective governments for facilitating violence and bloodshed. That in itself is whole lot more honourable than anything on display from the political establishment these days.