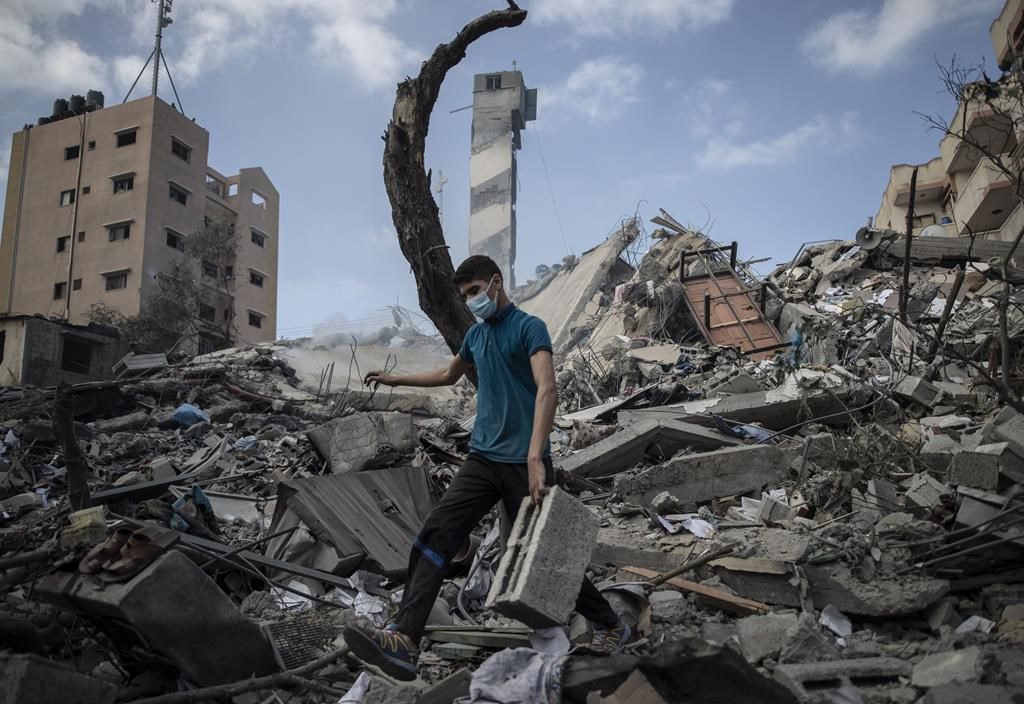 There appears no end in sight to the Israeli bombardment of Gaza.

Despite the death of at least 213 Gazans, 61 of whom were children, and the wounding of 1,500 others (along with 12 Israelis, including two children), Israeli Prime Minister Benjamin Netanyahu remains undeterred in his campaign of violence against the Palestinians.

Dismissing calls from many in the international community, pleading for an immediate ceasefire, the ever-belligerent Netanyahu has doubled down on Israel’s “natural right of self-defense” and pledged “full force” against Gaza.

The repercussions of Netanyahu’s destructive aggression cannot be understated.

By continuing Israel’s immoral (not to mention completely disproportionate) onslaught on Gaza, Netanyahu is escalating the cycle of violence that has plagued the middle east for decades.

Then, as in now, the overwhelming victims are Palestinian children. As Israeli bombs fall relentlessly down from the skies above, far too many young Palestinians will have their lives cut short. And even those that do survive will have their innocence forever tainted by the carnage they were forced to witness and endure.

Not that Netanyahu could give a dam.

As long as the Israeli government’s most prominent backer, the United States, maintains its duplicitous support- by blocking UN Security Council attempts calling for an immediate ceasefire, and by providing billions in no-strings attached military aid – they are unlikely to prematurely end their deadly air strikes.

In Canada, our influence in the middle east is far less consequential than our American neighbours, though no less complicit.

In response to the crisis, Prime Minister Justin Trudeau and foreign affairs minister, Marc Garneau, issued the usual round meaningless statements, full of government jargon, all while offering nothing to end the bloodshed.

With his entirely pro-Israeli statement (in which he makes no mention of the immense suffering endured by the Palestinian people) O’Toole demonstrated again that the Conservatives are even more ill-suited than the Liberals to advocate for justice in the middle east.

After all, the Conservatives are a party that still endorse, in full Trumpian fashion, the relocation of the Canadian embassy in Tel Aviv to Jerusalem. They, like their Republican compatriots to the south, are both blinded by their unconditional support for Israel’s intolerant and repressive government, and to the principles of international justice.

In fact, the only major political leader who has displayed even an ounce of integrity on the issue was the NDP’s Jagmeet Singh.

During a press conference last week, and later in Question Period, Singh demanded that the governing Liberals suspend their arms sales to Israel. Singh wisely noted that “…by arming one side of the conflict” the federal government “is undermining the peace process and it is supporting illegal occupation.”

Not only is this an entirely reasonable proposal, but it is also an incredibly necessary one to limit Canada’s culpability for the violence and systemic oppression incurred upon the Palestinians by the Israeli government.

Of course, that is not the opinion held by the “esteemed” thinkers in the editorial newsroom of the National Post, who went on the offensive against Singh.

According to them, because Canada’s military arms sales to Israel is limited ($13.7 million worth in 2019) and because Canada has had “longtime friendly relations” with Israel, Singh’s proposal is both absurd and yet another example of misguided equivocation between a fellow democracy (Israel) and a terrorist cell (Hamas).

Nor does it consider, as wiser minds have (like United States Representative Alexandria Ocasio-Cortez) that even if it was more morally acceptable, Israel is still anything but an egalitarian, rule of law democracy, as “apartheid states aren’t democracies”

But this is the reality of Israel.

After years of systematically oppressing millions of Palestinians and denying them even their most basic human rights, it is little wonder that Israel has been credibly charged by the Human Rights Watch for committing “crimes against humanity of apartheid and persecution.” With indictments like these, it is credible to argue that Israel should not even be considered a “flawed democracy.”

As such, any arms sales to Israel under the current circumstances is utterly unacceptable. As argued by both Singh and Human Rights Watch, continued arms sales from some of the world’s wealthiest do nothing but enable the Israeli government to continue its human rights abuses against the Palestinians.

By stating as much, Singh has faced a barrage of ridicule and admonishment for his lonely stance amongst Canada’s political elites.

He need not fret though.

His position is a noble one that would do more to bring about peace in the middle east than anything either of his two main political rivals are proposing.