Among recent news items that strike me as ominous, this one was particularly bad: “In a 90 minute TV debate not a single question about Europe, translatlantic relations, China, Russia, Afghanistan”. And if you’re thinking well, no, this is Canada, it was actually Germany. But either way.

If self-government is a good idea, voters need to pay attention to key issues and demand that would-be leaders do the same. Instead the merchants of make-believe ignore things that are unsettling and we let them.

You might think otherwise, given the constant barrage of election rhetoric about the terrible things Justin Trudeau will do for the ultra-rich, Erin O’Toole will do to women, Jagmeet Singh will do to entrepreneurs and so forth. But it’s all make-believe. Their policy differences are as small as their promises are unserious. And we know it.

We know it’s just the usual Punch and Judy show. And it’s reassuring because you can jeer and cheer and vote for your tribe and it will have no consequences.

Unfortunately plenty of things will. Like having the Bank of Canada’s printing presses roaring at full speed for 13 years because of something called “quantitative easing”. And now that inflation is creeping into public discourse some people are talking about housing prices pushing up the CPI and stuff, the old “cost-push” model of inflation. But really it’s too much money chasing too few goods and services… as always. Yet we will re-elect the guy who said flatly that he doesn’t think about monetary policy, or one of the others who don’t talk about it or understand it. And it will matter. But back to China.

Terry Glavin just tweeted in disgust “Imagine being so confident that your voters have absolutely no idea that this guy has been Beijing’s Number 1 man in Canada for decades that you can trot him out like he was an honourable elder statesman, and nobody will even notice.” But if you surveyed voters about who he was talking about, very few people would have any idea. (Answer: Jean Chrétien and the Liberals, whose leader just had his book “Common Ground” republished in China.)

Possibly someone will say that having Germans not preoccupied with foreign policy is something of a relief after the 20th century. But it’s sad that having become democratic they’ve lost focus. As too many have.

Not everyone is in this leaky boat. For instance Australia, which has major governance problems but, perhaps due to proximity, is increasingly aware of and pushing back against the Chinese Communist Party’s lunge for world domination. And just signed a significant “Aukus” deal with the U.S. and the U.K. for nuclear-powered submarines, the first “non-nuclear” nation to do so, and for sharing intelligence that no sane person would let Canada see because we haven’t even banned Huawei from our vital communications infrastructure, dangerous in itself and revealing of a frivolous attitude toward security.

Likewise South Korea just became the first “non-nuclear” nation to test-fire a submarine-launched ballistic missile. Whereas our submarines caught fire, fell over and sank into the ocean and nobody cares. As in New Zealand, where they eliminated their air combat capability in 2001 on the theory that it worked so well in Guernica, and Prime Minister/ climate warrior Jacinda Ardern just banned Australian submarines from New Zealand waters.

Somebody has an IFF problem, doesn’t know a nuclear reactor from a nuclear bomb, or both. But it’s not the Australian PM, who responded to the usual abuse from the ChiComs (“seriously undermines regional peace and stability and intensifies the arms race”) by inviting Xi Jinping to drop by for a discussion of what’s wrong with Chinese foreign policy now that he has some major weapons.

These new submarines replace a cancelled French deal for conventional subs, infuriating the French government. An Australian spokesperson commented that “To say he [French President Emmanuel Macron] was disappointed was an understatement”. No kidding. France just cancelled a Washington gala. But at least the French care, even if only about the money.

Ah yes, the money. All this will cost serious coin. More than AUD$90 billion. But what price honour and safety?

If you want the sick-making details revisit the attitude of, say, Pierre Trudeau or Helmut Schmidt to Brezhnev-era Soviet aggression or the threat of inflation. Still, we woke up in time thanks to the much-mocked Reagan, Thatcher etc. before being lulled back to sleep by the end of history and the global triumph of democracy. And after 9/11 we … got frustrated, rolled over and dozed off again.

Now the alarm is going off once more. Including in some “non-nuclear nations” that will soon reconsider that option, including Japan. Of course if we don’t get our cybersecurity in better order then if one day we press the button nothing will happen except laughter in Beijing. (Same thing applies to our power plants, by the way.) But this Aukus deal also includes some serious cyberwarfare capability.

So where’s Canada. Think the US and UK would trust us with that stuff? Think we’d accept if they offered? Well, what’s the position of our parties on foreign policy? The rise of China? More defence spending? Cybersecurity? Afghanistan? If this is the most important election since 1945 you’d think they’d have one. And voters too.

If pressed the politicians will degas the usual generalities about being pro-humanity and anti-bad-things, like those activists who had endless fun ridiculing America’s endless wars and are now bleating that something must be done for women in Afghanistan. But our politicians have no more idea how to achieve such things than how “quantitative easing” is meant to work. And no more interest in learning, or intention of doing anything hard or unpopular.

The result is a pretence that there’s no world out there except as an exotic, lavish backdrop against which to virtue-signal while ignoring the ominous snarling from the darkness under the stage. And if we let them, we’re asking for trouble. 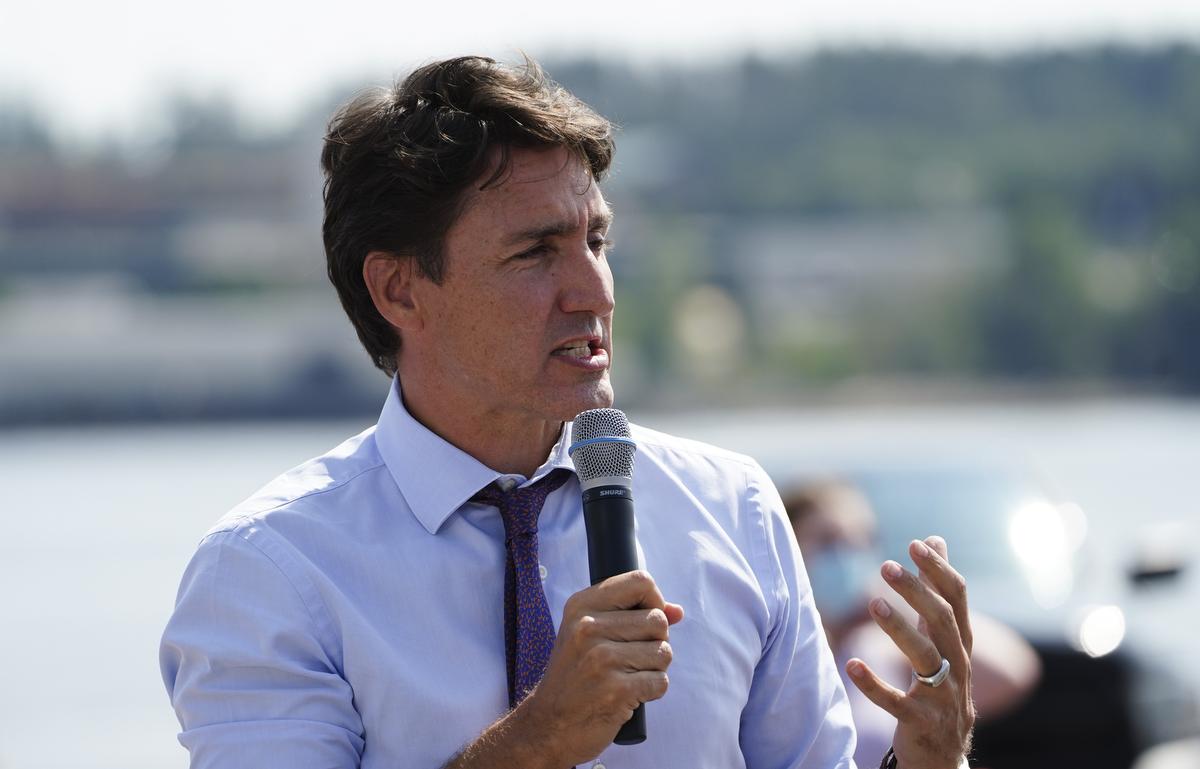