For decades, we have heard the same refrain—that when the Queens’ reign ends that Canada should have a discussion on the future of the monarchy, and whether or not Charles should become king. On the one hand, this was always seen as a bit crass because the only way that her reign would end would be upon her death, and nobody wanted to mention that aspect. As well, these republicans knew full well that the Queen herself was too beloved to have this kind of a conversation around, and Charles is far more unpopular, so therefore they could try and frame their plans around him instead. The problem with this line of thinking is that it ignores how monarchy works.

The Queen is dead. Long live the King.

If the logic was that there was some kind of decision to be made upon the time of the Queen’s death as to whether or not we continue with the institution, well, that’s not how it works. Even though there was pomp and ceremony around the Accession Council and affirmations from the Privy Council in each of the realms (which includes Canada, Australia, New Zealand, and others), it doesn’t change the fact that the transition is seamless and happens instantaneously. There is no debate—Charles is now King, because our entire constitutional order depends on there being a someone to occupy the Crown. It’s not an option—it’s the entire central organizing principle by which the country operates, and cannot be left vacant. And no, the Governor General could not operate in the vacuum, because she is merely operating on behalf of the occupant of the Crown. If there is no one to fill that role, the Governor General is but an empty vessel who cannot wield the powers of state on the advice of her prime minister. That’s the simple constitutional mechanics of how it all works, and we could not wait to decide if we want Charles or not.

The notion that we could somehow do away with the monarchy upon the death of the current monarch is also overlooking the fact that we would need to rewrite the entire constitution in order to make that happen. This is not a few neat edits—as I said, it’s the entire central organizing principle, and it’s not simply a matter of swapping out “Queen” (or now “King”) in the constitution an inserting “president,” because the fundamental underlying mechanisms by how those offices operate is different. Also, this is Canada, so if you want to try and open the constitution for one thing, you’re opening Pandora’s Box, and all kinds of things will start spilling out, as each province will have competing demands on what they want to see changed, and the Quebec question will once again dominate, and because it’s the 2020s, Alberta will also stamp its feet and hold its breath to try and outdo any of Quebec’s demands. That’s not going to happen on the afternoon of the Queen’s death, and even if the House of Commons, the Senate, and all ten provinces could miraculously come up with a republican option, well, with there being no monarch in place, nobody could sign the bill to change the constitution. The whole logical underpinning of this republican notion falls apart on its face.

But even before we get there, it would almost be impossible to determine what sort of president should replace the King of Canada, given the linguistic and cultural divides in Canada, and the influences of American politics that pervade our political discourse, nor is the election of one as feasible as a non-partisan figure in the style of an Irish president, as some will try to point to as a model. That’s one of the biggest reasons why republicanism failed in Australia—because they could not agree on what should replace the Crown. And while there is a lot of talk the relationship between the monarchy and colonialism in Canada, we also need to recognize that a lot of the rhetoric around this conversation is coming from different colonial contexts, whether from India, Africa, or the Caribbean, and that in Canada, the treaties with the First Nations are with the Crown. Eliminating the monarchy would actually mean completing the colonial project because those treaties would no longer be in existence, and that would not aid Reconciliation—it would fundamentally undermine it.

If we want to have the republican conversation, then we should have it honestly and clear-eyed, about what it means for constitutional change, about what it means for the treaty relationship with the First Nations, about what kind of presidency should replace it—and be achievable rather than a fairy tale ideal that cannot exist in the real world—and using more than just public sentiment about Charles as the hook for this conversation, or the false notion that the Canadian Crown is still the British Crown when in fact ours has been separate and distinct for over 90 years now. But thus far I have seen few signs that there is an honest conversation to be had, which is one more reason why the Canadian monarchy will endure. Long live the King. 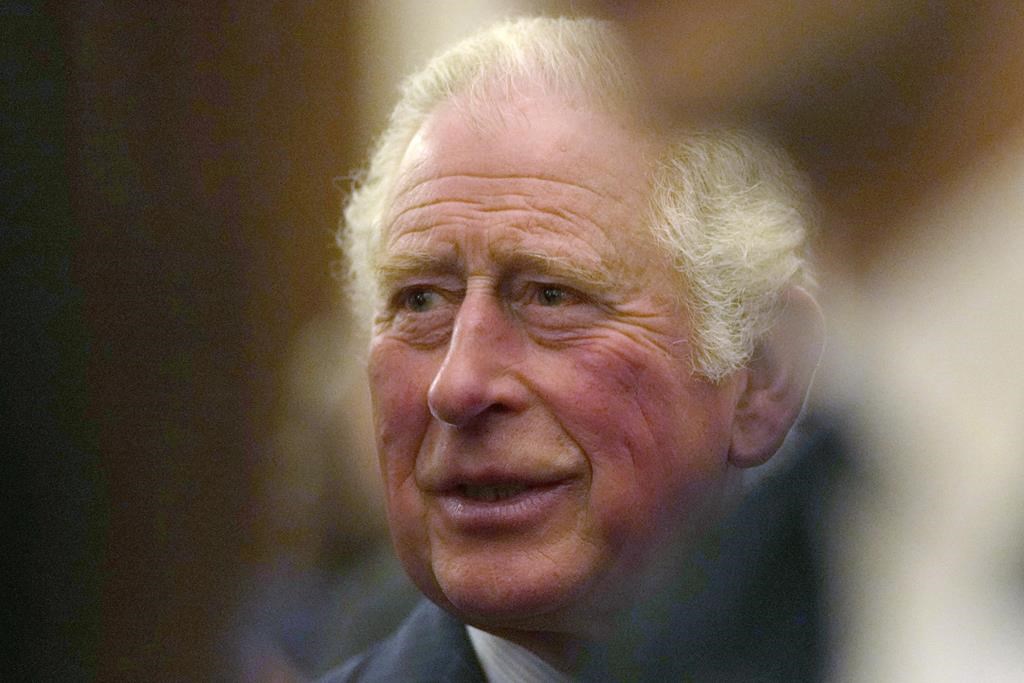 Both stalwart Canadian monarchists and anti-monarchists (republicans with a very small r?) had reasons to complain about the federal government’s approach to the recent May 17-19 Canadian visit of Prince Charles and Camilla.

Monarchists could say that Justin Trudeau’s Liberal government had planned a short and  low-profile royal itinerary, not likely to boost popular support for a future King of Canada.

At the same time, those ardent democrats who want to see the end of the monarchy in Canada could equally object to Prime Minister Trudeau’s personal attitude to the royal visit.

Two recent polls from the Angus Reid Institute — in November 2021 and April 2022 — have suggested that Queen Elizabeth II remains widely admired in Canada.

But they also suggest a full two-thirds majority of Canadians do not support carrying on with the monarchy under King Charles, after his 96-year-old mother unhappily passes on.

Even so, as explained by Newsweek magazine in the USA : “Despite these polling numbers, Trudeau has announced that he believes the issue is not something that Canadians are ‘preoccupied’ with.”

Newsweek went on: “In order for the country to remove the queen or successive monarchs from Canada’s governance structure, it is believed the process would require a series of alterations to the country’s constitution.”

And PM Trudeau has “told reporters: ‘When I hear from Canadians about the things they’re preoccupied about, and the things they want their governments to work on, it’s not about constitutional change.’”

(Note also that PM Trudeau II first met Queen Elizabeth II when he was five years old — something both he and the Queen seem to remember warmly.)

So the Canadian federal government will not be looking into the future of the monarchy any time soon. Many who work in and around Ottawa also seem understandably happy to leave things as they are.

Yet if the past few decades are any guide the current two-thirds of Canadians who don’t believe in the monarchy’s future after Elizabeth II’s reign will only grow larger.

And if Canada is going to have any real future as what the Constitution Act, 1982 alludes to as a “free and democratic” country in its own right, it cannot forever continue its crypto-colonial relationship with a monarch across the seas.

In the gentle wake of Prince Charles and Camilla’s 2022 visit, some non-government actors concerned for the long Canadian future should start publicly debating the “series of alterations to the country’s constitution” that the end of the monarchy in Canada will finally require.

The trouble starts with the Constitution Act, 1982 (itself the result of a federal-provincial political process, and still not formally agreed to by the Government of Quebec).

This requires that any constitutional amendment in relation to “the office of the Queen, the Governor General and the Lieutenant Governor of a province” must be “authorized by resolutions of the Senate and House of Commons and of the legislative assembly of each province.”

The federal government and the governments if not exactly the legislative assemblies of all 10 provinces (and leaders of several Indigenous organizations) did agree to the proposed constitutional amendments in the Charlottetown Accord of 1992.

This Accord was finally defeated in popular referendums, not by any failure of provincial governments to agree on the future of the country. But of course getting all 10 provinces to agree on anything is bound to be a challenge.

Then just what replaces the present “constitutional monarchy” that what we now call the Constitution Act, 1867 places at the “dignified” as opposed to “efficient” heart of the Canadian confederation created in 1867?

This ought to be far less trouble than often claimed. The path ahead has already been blazed by such other former self-governing British dominions as Ireland and India.

The biggest trouble in the “series of alterations to the country’s constitution” may involve the extent to which the Constitution Act, 1867 — a document tailor-made for the now vanished first self-governing dominion of the global British empire —  needs to be changed.

In any case there is no doubt a long journey ahead. It makes sense to begin with something more manageable.

The present Canadian citizenship oath, for example, includes swearing allegiance to the Queen and “Her Heirs and Successors.” Australia has had a citizenship oath that makes no reference to the monarchy since 1994. We could have something similar in Canada with an ordinary act of the federal parliament.

That could also start some democratically elected Members of Parliament thinking about the long journey to ending the monarchy in Canada, as the present two-thirds of Canadians who do not want to carry on with the institution after the reign of Queen Elizabeth II continues to grow. 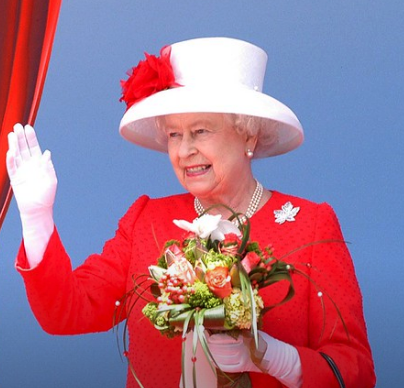