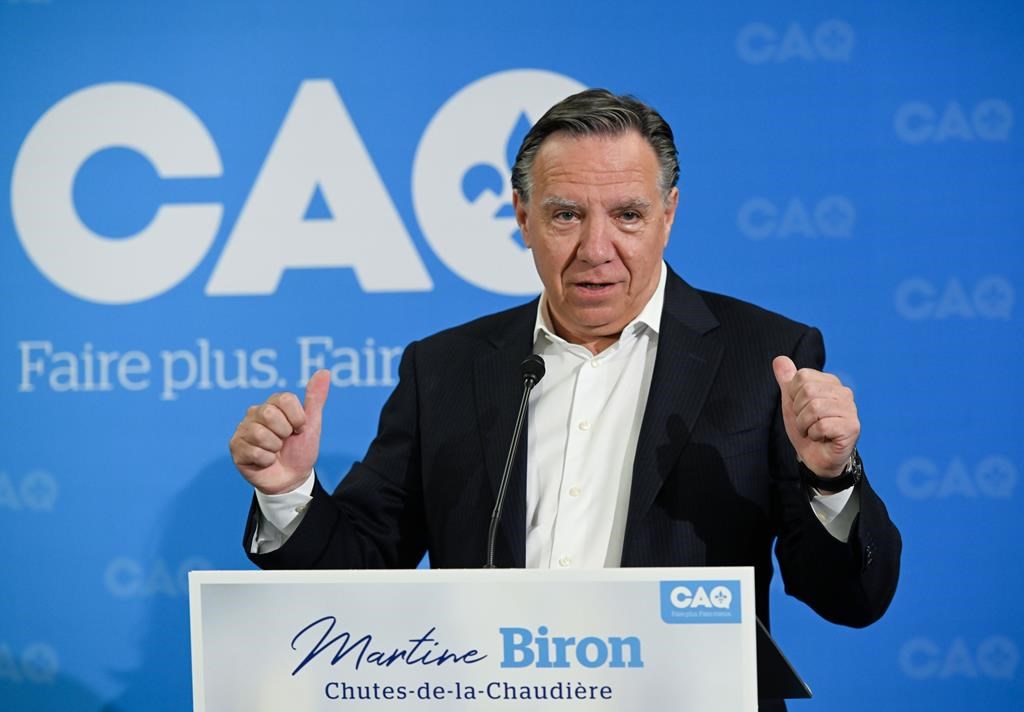 Quebec Premier François Legault has announced on his social media accounts that the next Quebec election will be called on Sunday August 28th for a vote on October 3rd, 2022. But, as in other jurisdictions where a fixed election date has been put into law, the parties have already been campaigning for weeks, even months.

Quebecers have been bombarded with political ads, with the governing Coalition Avenir Québec being the most forward about its political pitch. On the starting line, the parties are divided into two classes: on one side, the governing CAQ has dominated the polling ever since they defeated the Liberals on November 7th, 2018, currently hovering in the mid-40s; on the other side, the opposition parties, who have all been stuck in the teens, for months.

The CAQ cannot and has not been complacent. But on the starting line, it is François Legault’s race to lose. Despite the pandemic management by the CAQ government, the worst in the country, François Legault and his team have done an excellent job from a communication point of view. They have maneuvered well with key nationalist files to steal the thunder from the other parties, keeping an eye on their voters’ wishes and going as far as they can on language, on secularism and other identity issues. And they have kept the opposition divided.

In fact, mostly because of the anger caused on their right flank by the sanitary measures put in place by the Quebec government, including not one, but two curfews during the course of the pandemic, the CAQ has given some juice to the tiny Conservative Party of Quebec, lead by one-time Stockwell Day staffer Eric Duhaime. The CPQ will be competing in its fourth election. After garnering 0.18%, 0.39% and 1.46% of the vote respectively the previous three campaigns, this time the CPQ is really in the starting blocks, sometimes polling second to the CAQ. Duhaime will also be at the two Leaders’ TV debates, which is gold for the rookie leader.

But the CAQ is not suffering from the rise of the Quebec Conservatives, their numbers are actually up from the last election. Although they are keeping an eye on their right flank, they are quite happy that the anger-votes go to another party as opposed to one of the three already well established in the National Assembly. Right now, the PLQ, QS and the PQ are all down in the polls from the last election.

The once mighty Liberals are reduced to their fortress of the West Island and the Outaouais. And even there, there is some nervousness amongst Liberals that upstart Anglo rights parties, Bloc Montreal and the Canadian Party of Quebec, could hurt them. Leader Dominique Anglade has failed to connect with the francophone electorate, especially outside of Montreal.

Québec Solidaire has not been able to expand its base. Manon Massé and Gabriel Nadea-Dubois are still co-spokespeople of the party, but this time around, it is Nadeau-Dubois who will stand as candidate for the premiership. A former “carré rouge” student leader, Nadeau-Dubois is young and charismatic. QS is hoping to use that to its advantage to become the main, if not the sole, left wing, separatist party in Quebec.

The Péquistes also have a new young leader, Paul St-Pierre Plamondon. But since his arrival, PSPP has been unable to revive enthusiasm towards the PQ. A party which formed a government less than 10 years ago, the PQ was reduced to 10 MLAs last time around, with only 17% of support, an historic low. Of those 10 MLAs, three are no longer there and four are not running again. For the PQ, it is not about winning the election. It is about surviving.