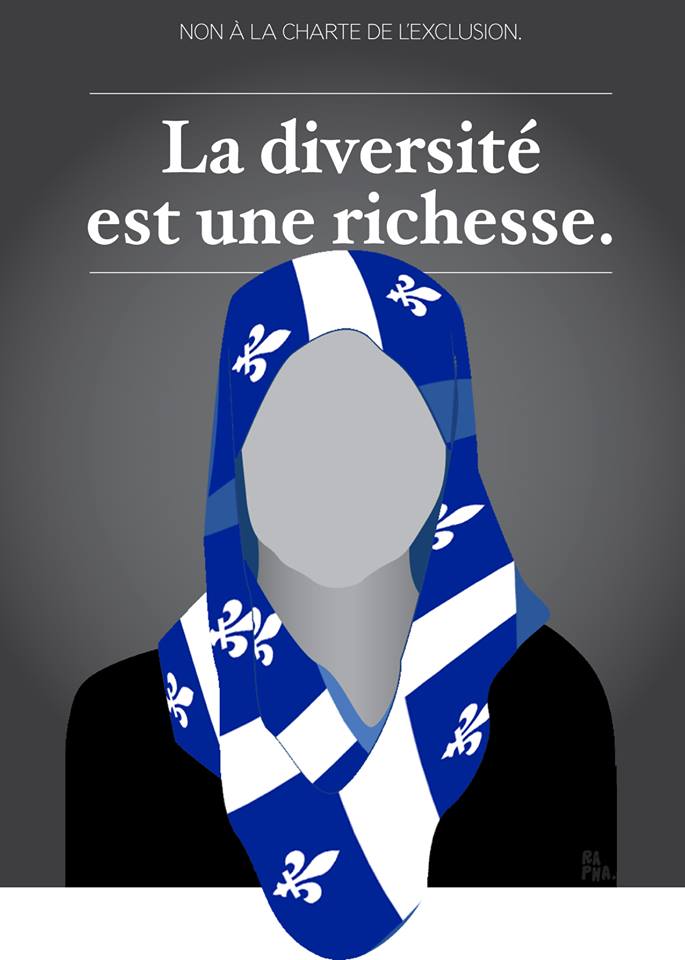 The current atmosphere in the House of Commons is pretty volatile. Party leaders of the left and right rarely see eye-to-eye on issues. Bipartisanship seems like a figment of the imagination. Rigid partisan politics ranges around Level 3 or 4 on the danger levels – and occasionally flirts with the dreaded Level 5.

Yet, there appears to be one point of agreement on Parliament Hill. When it comes to Bill 21, no-one wants to touch it with a 10-foot pole – or any feet, for that matter.

Bill 21, or An Act respecting the laicity of the State, was introduced by Quebec Premier François Legault and the Coalition Avenir Québec on March 29, 2018. It’s the first piece of Quebec law to have ever stated the following, “The State of Québec is a lay State.”

The bill had four main principles: equality of all citizens, separation of state and world religions, the state’s religious neutrality, and freedom of conscience and religion. All religious symbols, regardless of shape and size, would be prohibited for public employees who carry weapons (police officers, prison guards, bodyguards), work in schools (teachers, principals, vice-principals), and the judiciary (crown prosecutors, government lawyers, judges).

What did this mean for Quebec? One of the world’s strongest religious societies with deep roots in the Roman Catholic Church would be transformed into a secular state.

This didn’t bother many residents in La belle province, truth be told. An Oct. 27 Ipsos poll showed that 76 percent of Quebeckers supported the previous legislation, Bill 62, which banned people wearing face coverings for religious purposes from delivering and receiving public services. In fact, 70 percent of Canadian respondents to the Angus Reid Institute’s Oct. 27, 2017 poll said they would support “legislation similar to Bill 62.”

Bill 21 passed on June 16, 2018 by a vote of 73-35. The CAQ and Parti Quebecois supported it, while the Liberals and Québec solidaire opposed it.

Religious Christians, Jews and Muslims were furious, and remain furious, over Bill 21. Organizations like the Canadian Civil Liberties Association and National Council of Canadian Muslims filed unsuccessful challenges to overturn this provincial law. They all felt this bill was a direct attack on their religious freedom in a democratic society.   The recent removal of Fatemeh Anvari, a third-grade teacher in Chelsea, Que., for wearing a hijab in her classroom caused an eruption. It was viewed as an unfair and undemocratic decision. A growing number of Canadians wanted their political leaders to speak out and condemn it.   They haven’t, for the most part – and they won’t anytime soon.   For the record, I’m fundamentally opposed to Bill 21 and believe it’s a direct attack on religious freedom – and I’m agnostic! That being said, it’s not hard for me to understand why our political leaders want to stay out of this fight.  First, it’s a provincial matter.   Bill 21 was passed democratically. If Quebec chooses to maintain this law during Legault’s leadership and beyond, there’s not much that Ottawa can do. They can criticize it to their heart’s content, and attempt to intervene at a certain level. They don’t have the constitutional right to bring down this provincial law, however.   Second, Ottawa doesn’t want to start another war of words with Quebec.   Prime Minister Justin Trudeau has flip-flopped on several occasions in terms of getting involved in this debate. On Dec. 13, he said that he “deeply” disagrees with Bill 21 and “I don’t find that in a free and open society someone should lose their job because of their religion and this is no longer a theoretical issue.” At the same time, he stated “I think the important thing is the province passed the law and Quebecers are defending their rights through the legal process in Quebec.”

Third, Quebec has been (up until recently) a critical piece of the electoral puzzle.

The old political playbook in federal politics was clear: if you can’t win Quebec, you can’t win the election. Hence, parties on the left and right all tried to play nice – or pander, if you prefer – when it came to this province. Policies and programs were announced, and taxpayer money was either ear-marked or doled out. It led to frustration and resentment from the rest of Canada, causing everything from western alienation to support for booting out Quebec. When Quebeckers felt their needs weren’t being met, it led to a rise in separatism and threats to break apart Canada.

Winning Quebec isn’t the prime electoral strategy any longer. Alas, political leaders still walk on eggshells when it comes to this province. They try to avoid as much conflict as humanly possible. In the case of Bill 21, they would rather stay out of this fight than get involved and cost them a few seats in future elections.

Doesn’t make it right, of course. It makes them look weak and ineffective.

Trudeau, O’Toole, Singh and other federal leaders should band together and help bring down Bill 21. If nothing else, it would be nice to see the House of Commons sitting at Level 1 or 2, even for a short spell.