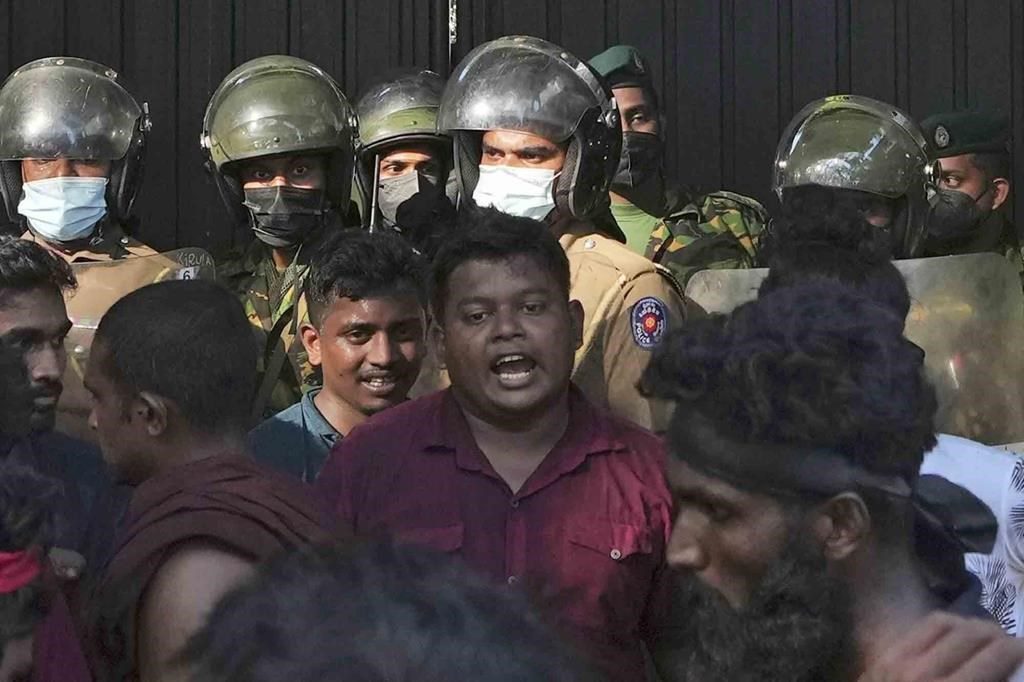 COLOMBO, Sri Lanka (AP) — Human rights groups urged Sri Lanka to release a prominent student activist who was arrested five months ago during anti-government protests triggered by the country’s worst economic crisis and has been held without charges under harsh anti-terrorism laws.

Wasantha Mudalige was expected to appear in court on Tuesday for a bail hearing.

Seven human rights groups, including Amnesty International and Human Rights Watch, said that under the powerful Prevention of Terrorism Act, which has been used since 1979, courts routinely deny bail if it’s opposed by the attorney general.

Mudalige is the convenor of the Inter-University Students’ Federation and was involved in monthslong anti-government demonstrations last year. The protesters demanded wide-ranging reforms to resolve the economic crisis that caused shortages of essential goods, fuel and medicine after Sri Lanka defaulted on its massive debt.

The protests culminated in the flight and resignation of then-President Gotabaya Rajapaksa after thousands of people stormed his residence in July.

His successor, Ranil Wickremesinghe, initiated talks with the International Monetary Fund for a bailout package contingent on reforms and debt restructuring. Wickremesinghe’s government also gave sweeping powers to the authorities to crack down on the protests, arresting scores of activists.

Many of those detained have been released on bail, but the rights group say authorities had used extraordinary powers to keep Mudalige in detention despite having produced no evidence of his involvement in terrorism.

The groups said in a statement Monday that for much of the time, Mudalige has been held in “solitary confinement and poor conditions, which can violate the prohibition on torture or other ill-treatment under international human rights law.”

Mudalige was also arrested and jailed for more than three months in 2021, after protesting for the right to free education.

For months, opposition lawmakers, rights and student activists have been demanding the release of Mudalige and an end to the government crackdown on demonstrations linked to the economic crisis.

Government spokesmen did not immediately return a call seeking comment on Mudalige.

The rights groups also urged the government to repeal the anti-terror law, which allows for up to a year of detention without charge on the orders of the defense minister, a position currently held by Wickremesinghe.

In March, the government introduced some reforms to the anti-terror law. However, opposition and rights groups called them cosmetic and said the law still allows the detention of suspects without warrants and the use of confessions obtained through torture. They say the law, introduced during the country’s civil war in 1979, has been widely abused, causing a large number of innocent people to spend years in prison without trial.

Wickremesinghe was elected by Parliament to complete Rajapaksa’s term, which ends in 2024. He is unpopular because he is supported by lawmakers who are still backed by the Rajapaksa family, which ruled Sri Lanka for most of the past two decades. Many accuse Wickremesinghe of protecting the Rajapaksas, who are widely blamed for corruption and misrule that led to the crisis.

Sri Lanka is effectively bankrupt and has suspended repayment of nearly $7 billion in foreign debt due this year pending the outcome of talks with the IMF. The country’s total foreign debt exceeds $51 billion, of which $28 billion has to be repaid by 2027.