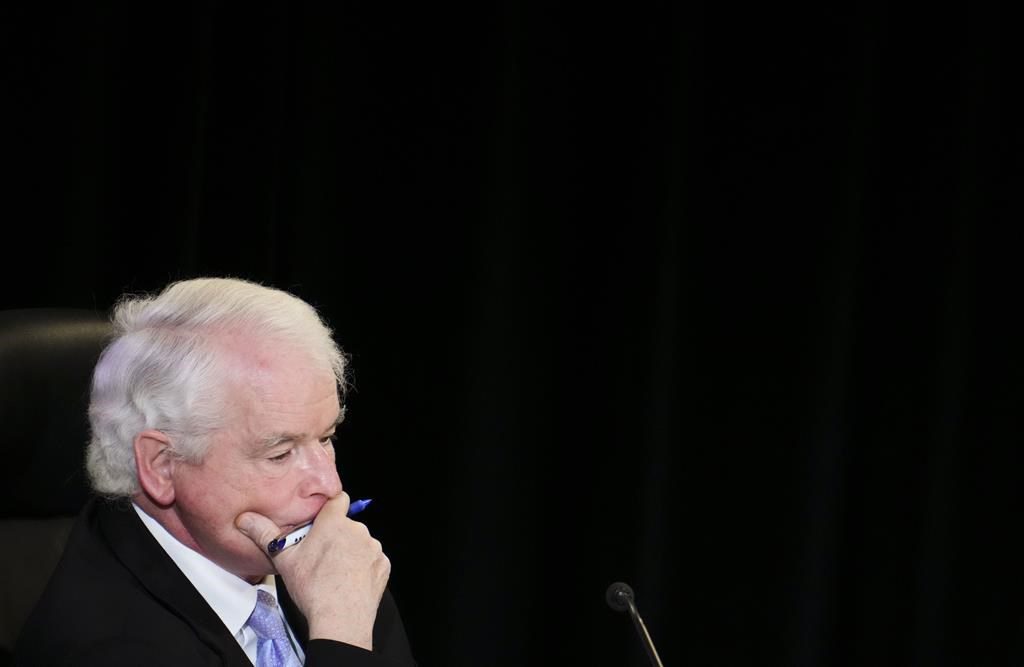 OTTAWA — The commissioner presiding over the public inquiry into the use of the Emergencies Act is rejecting a request from a lawyer for “Freedom Convoy” organizers to call witnesses over an unsubstantiated claim that hateful imagery spotted at the protests in Ottawa was staged.

Justice Paul Rouleau says in his written reasons that claims by Freedom Corp. lawyer Brenda Miller are “troubling” and have “little foundation in evidence.”

Miller has accused lobbying firm Enterprise Canada of planting Nazi and Confederate flags at the protest — an accusation the company called “absurd and despicable” as well as untrue, before sending a cease-and-desist letter that says it intends to serve Miller with a formal libel notice.

Rouleau says it makes no sense to call witnesses to test claims Miller is making without evidence, and he questioned why the lawyer only raised the issue toward the end of the hearings.

The decision comes a day after Rouleau had Miller briefly removed from the hearing room for speaking over him as he argued to call a last-minute witness.

Murray Sinclair, a former judge who has presided over three inquiries, says Rouleau’s response is the right way to handle unproven claims and prevent the process from getting derailed.