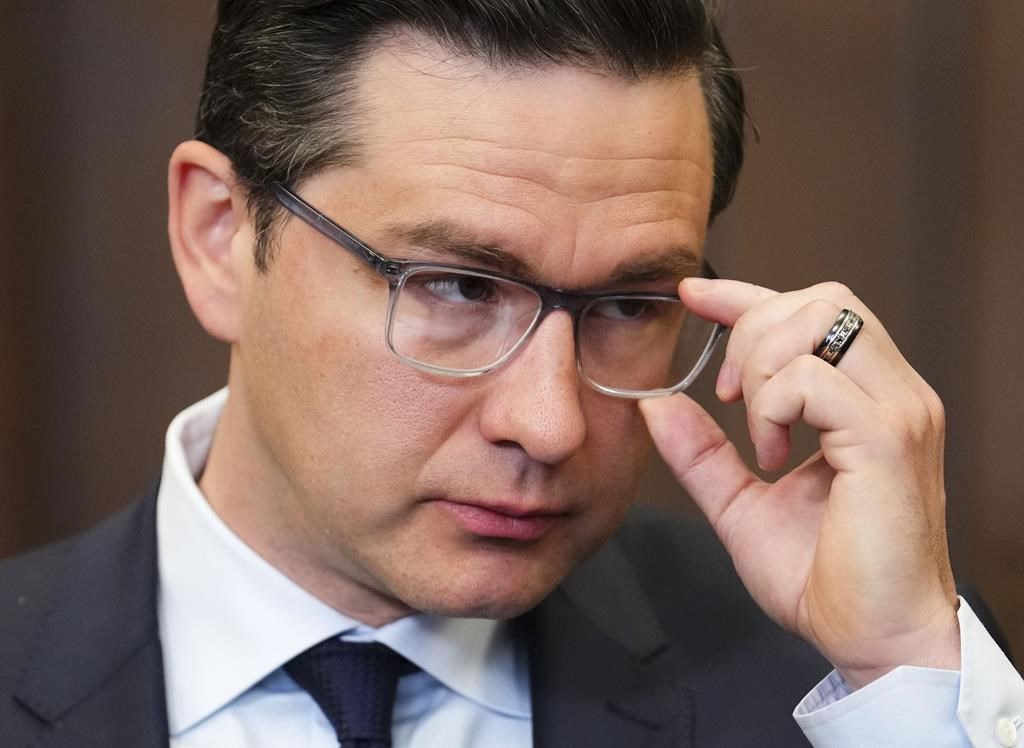 OTTAWA — Experts say reforming Canada’s bail system to keep certain offenders behind bars will not reduce crime, but it will put more people in jails — contrary to what Pierre Poilievre says.

The Conservative leader has been calling for change to target repeat offenders as a way to bolster public safety, telling reporters this week he did not think that would result in more people being detained.

Scrutiny of the system has ramped up after news that one of two people charged with killing Ontario Provincial Police Const. Greg Pierzchala last month was on bail for unrelated charges and wanted for arrest.

Carolyn Yule, a sociology professor at the University of Guelph who studies bail, says she understands the public concern behind the calls for change.

But Yule says there’s no evidence to suggest that making it tougher to get bail increases public safety, and instead, a “tough on crime approach” will lead to more people behind bars.

She and other experts say the approach could brush up against the Charter of Rights and Freedoms, which says anyone charged with a crime is presumed innocent until proven guiltily.

Toronto Metropolitan University criminologist Jane Sprott says there is no reliable way to predict who is going to commit violent offences — and she warns it is not financially feasible to increase the number of people in detention.