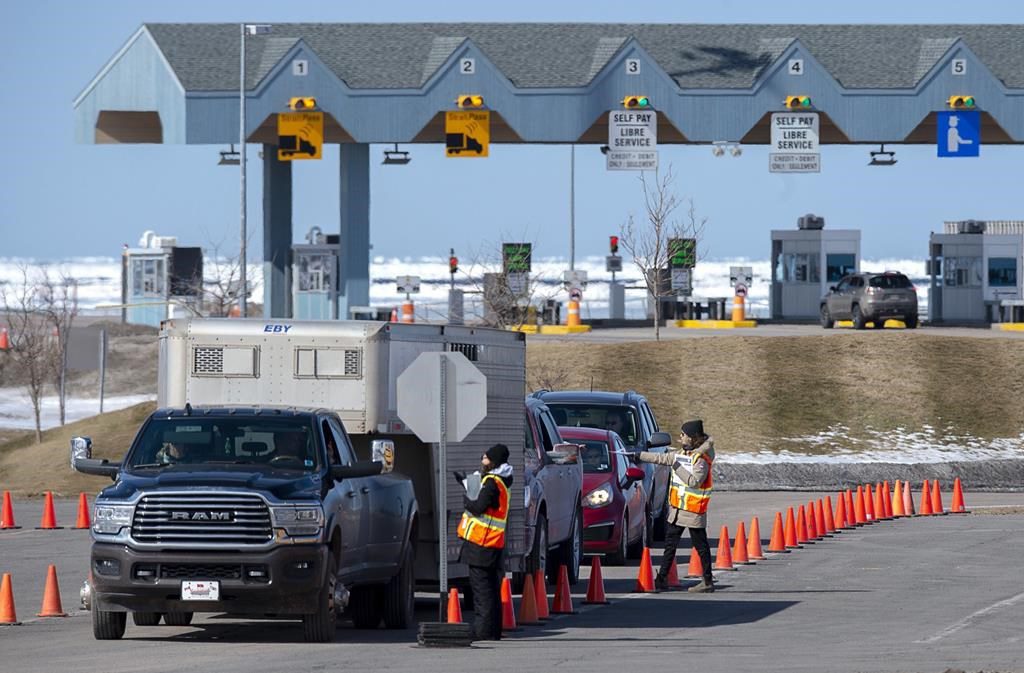 CHARLOTTETOWN — The premier of Prince Edward Island is asking the federal government to reduce the toll for the Confederation Bridge to make trips to the mainland more affordable.

Dennis King says he wants the current toll for cars to drop to $20 from $50.25 by September to eliminate what he calls a “competitive disadvantage” for Island businesses.

King sent a letter to federal Infrastructure Minister Dominic LeBlanc on Dec. 9, saying federal and provincial officials should come together to reduce Confederation Bridge tolls and the fares for the seasonal ferry service that links P.E.I. with Nova Scotia.

The 12.9-kilometre bridge linking P.E.I. with New Brunswick is a federally owned asset managed by Strait Crossing Bridge Ltd., a private company that has the exclusive right to collect all tolls until 2032.

On Dec. 19, federal Transport Minister Omar Alghabra announced tolls for the bridge would be frozen for 2023 to help Island residents and businesses struggling to cope with high inflation and the damage caused by post-tropical storm Fiona last September.

At the time, Alghabra said Strait Crossing Bridge Ltd. would receive additional funding to deal with inflationary pressures, noting that tolls had been set to increase significantly in 2023.