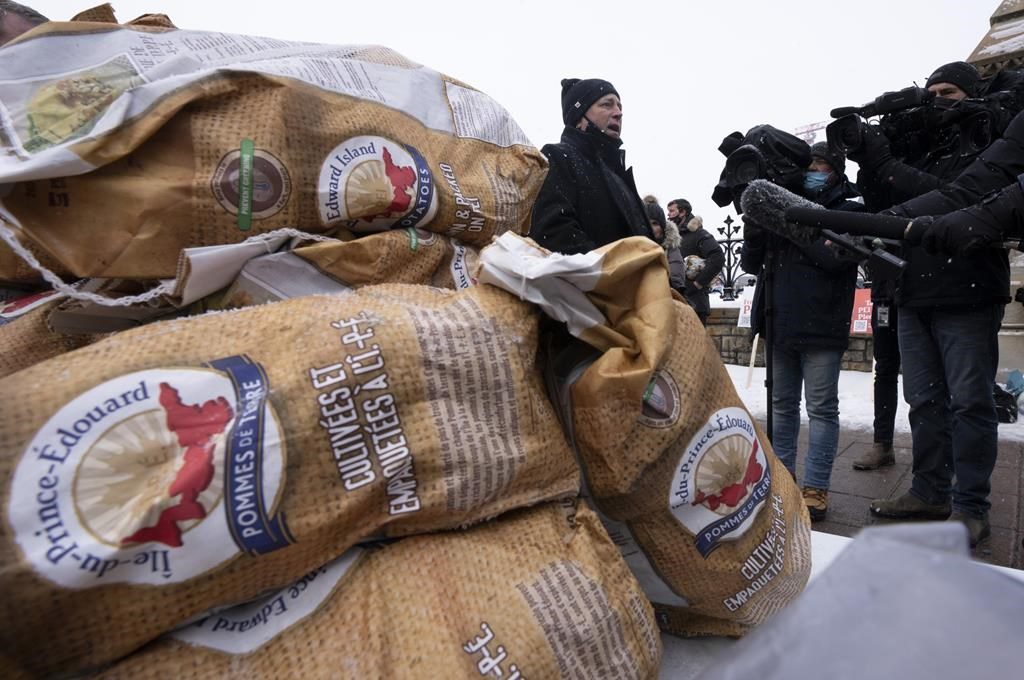 CHARLOTTETOWN — Prince Edward Island potato farmers say a new report on potato wart shows the 2021 decision to halt exports to the United States went too far, and they want remaining restrictions lifted for farms where the soil-borne fungus has not been found.

The report from the International Advisory Panel on Potato Wart submitted to the federal government last week found that while potato wart has been identified in clusters, most of P.E.I. is considered a pest-free area.

John Visser, a potato farmer and chair of the P.E.I. Potato Board, said in an interview Monday that the panel’s report shows that Canada’s restrictions to manage potato wart have been an “overreach.”

The fungal parasite  — a disease that disfigures potatoes but poses no threat to human health — spreads through the movement of infected potatoes, soil and farm equipment.

Canada stopped sending the Island’s best-known export to the U.S. on Nov. 21, 2021, after the fungus was detected in a few fields on the Island. Shipments resumed in April 2022 after the U.S. Department of Agriculture gave Island farms the all-clear.

Visser said he and his peers were offended by the 2021 ministerial order that said the province was “infested” with potato wart when in fact a “handful” of fields had the fungus.

Potato wart has been found in 36 fields out of about 10,000 farmed potato fields in the province.

The export ban is estimated to have cost the industry more than $50 million in revenue and forced farmers to destroy about 115 million kilograms of potatoes, according to the P.E.I. Potato Board.

Seed potatoes, which account for roughly 10 per cent of the Island’s annual potato output, are still banned from the United States pending the outcome of a more thorough U.S. Department of Agriculture review. They are also not permitted to be sold to other Canadian provinces.

Visser, reached at his potato farm in Victoria, P.E.I., where he grows seed and table potatoes, said this restriction should be lifted.

He said the panel’s report confirms what he and his fellow potato farmers have been saying since the restrictions were first imposed: “The pest is present, but not widely, and it is under control.”

Visser said he’s pleased with the panel’s report, which comes with recommendations including growing wart-resistant potato varieties, creating biosecurity control areas near the fields where potato wart was found and ensuring a high standard of cleaning for farm equipment.

The federal Department of Agriculture did not immediately respond to requests for comment.

— By Lyndsay Armstrong in Halifax.