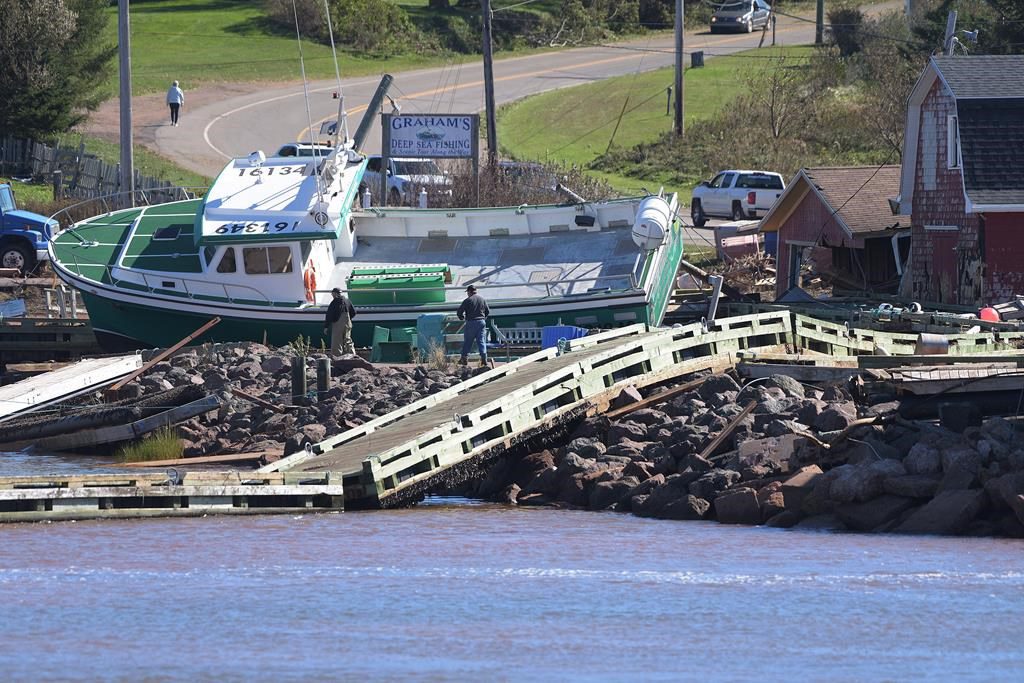 SPRINGBROOK, P.E.I. — The federal government is providing up to $40 million over two years to shellfish farmers in Atlantic Canada to help them recover from damage caused by post-tropical storm Fiona.

She says the storm had a “particularly devastating effect” on shellfish farmers, noting they are major employers that generate revenue in rural communities throughout the region.

The Insurance Bureau of Canada has called post-tropical storm Fiona the most expensive extreme weather event ever recorded in the Atlantic region, causing $800 million in insured damage.

Prime Minister Justin Trudeau announced last October that the federal government has set aside a $300-million recovery fund to help Atlantic Canadians rebuild from the storm.

During the Sept. 24 hurricane, homes were swept out to sea, while bridges, businesses, airports and other infrastructure were severely damaged.