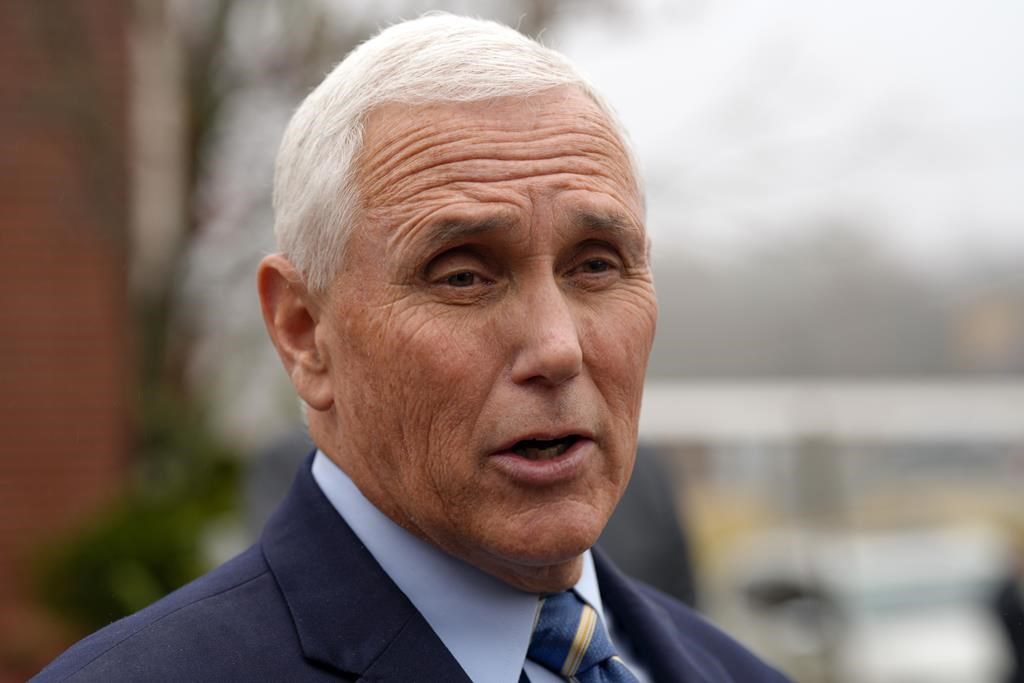 Tim Chapman is taking over as senior adviser at Advancing American Freedom, according to a statement provided to The Associated Press on Friday.

“Tim Chapman is one of the brightest stars in the conservative movement, and we are so thrilled he’s joining the team to advance the cause of American culture, American opportunity, and American leadership,” Pence said in a statement.

The switch between camps comes as potential GOP White House contenders seek to build out their operations in preparation for the launch of campaigns against former President Donald Trump for the 2024 nomination. Haley and Pence, along with Florida Gov. Ron DeSantis, former Secretary of State Mike Pompeo and others, are among those considered likely to jump into the race.

Chapman, who previously served in several capacities for The Heritage Foundation and its political arm, will work with Advancing American Freedom executive director Paul Teller, a former Pence aide who also served as chief of staff to U.S. Sen. Ted Cruz of Texas and as executive director of the U.S. House Republican Study Committee.

“I am grateful for my time working with Nikki Haley and her dedicated team,” Chapman said in a statement. “Advancing American Freedom is one of the fastest growing and increasingly influential conservative groups in the nation, and I am thrilled to join the incredible team that is building AAF as a leader for common sense conservative policies that will help restore America.”

A spokesman for Haley’s PAC did not immediately respond to a message seeking comment.

Since 2020, Chapman had been serving as executive director of Stand for America, the political action committee he helped create as a way for Haley to maintain visibility after her turns in elected and diplomatic office.

Although neither Pence nor Haley has made a 2024 campaign official, both have given signals they’re inching closer to launching bids.

Pence has made numerous trips to early-voting states, including Haley’s native South Carolina, where he’s aimed to build support among the white evangelical voters critical to the state’s GOP electorate. While heralding accomplishments of the Trump administration, including the appointment of three conservative U.S. Supreme Court justices, Pence has angled to garner support among those who may have backed the former president’s policies but not his style.

Haley, who in 2021 told the AP that she “would not run if President Trump ran,” has since shifted course. Asked Thursday why she is now considering a run in spite of her 2021 comments, Haley told Fox News that “a lot has changed,” referencing, among other things, economic troubles for the country. She went on to say she felt she could be part of “new generational change,” an indirect reference to Trump’s advanced age.

Haley, seen as a rising GOP star during her tenure as South Carolina governor, stepped down after six years to serve as Trump’s ambassador to the United Nations. Leaving that post after two years, Haley fueled speculation that she might either challenge Trump in 2020 or supplant Pence as his running mate, neither of which happened.

Meg Kinnard can be reached at http://twitter.com/MegKinnardAP