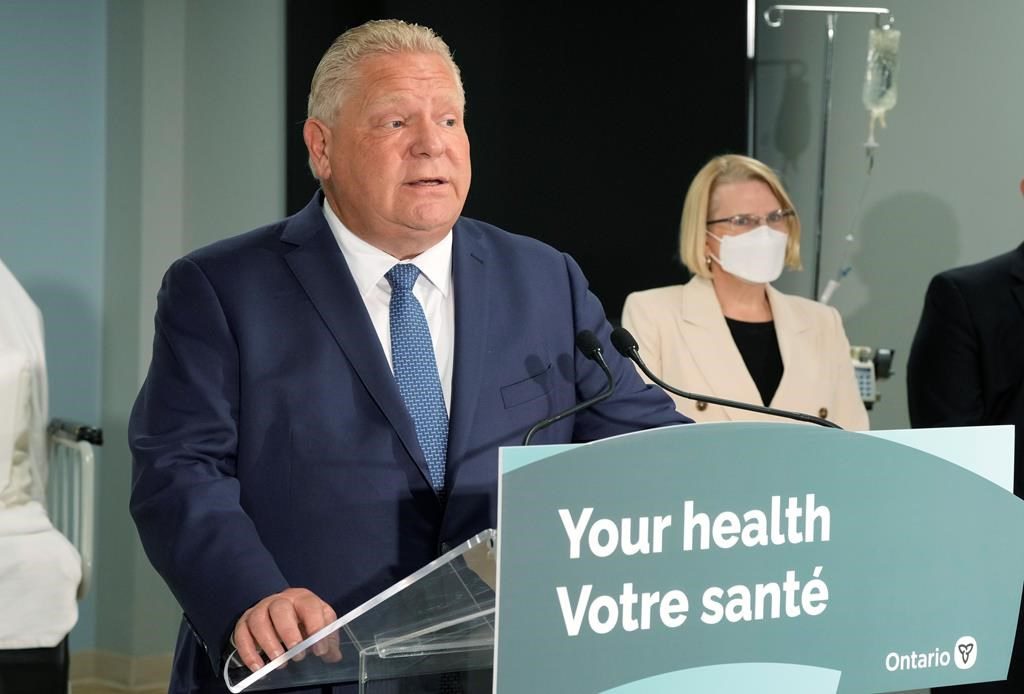 WINDSOR, Ont. — Health-care workers from across Canada could soon start practising in Ontario more quickly under legislation the provincial government plans to introduce next month.

Premier Doug Ford says new “as of right” rules would see credentials of health-care workers registered in other provinces and territories automatically recognized in Ontario, without the need to register with a regulatory college in this province.

He says it would allow professionals such as doctors and nurses looking to move to Ontario to get to work as soon as they arrive.

Ontario says the changes would mark the first step toward a pan-Canadian portable registration model.

The government also says upcoming legislation will allow health professionals including nurses, paramedics and respiratory therapists to temporarily work outside of their regular responsibilities as long as they have the skills and knowledge necessary.

The province says it will provide hospitals with more flexibility to fill in-demand roles, such as during viral surges.