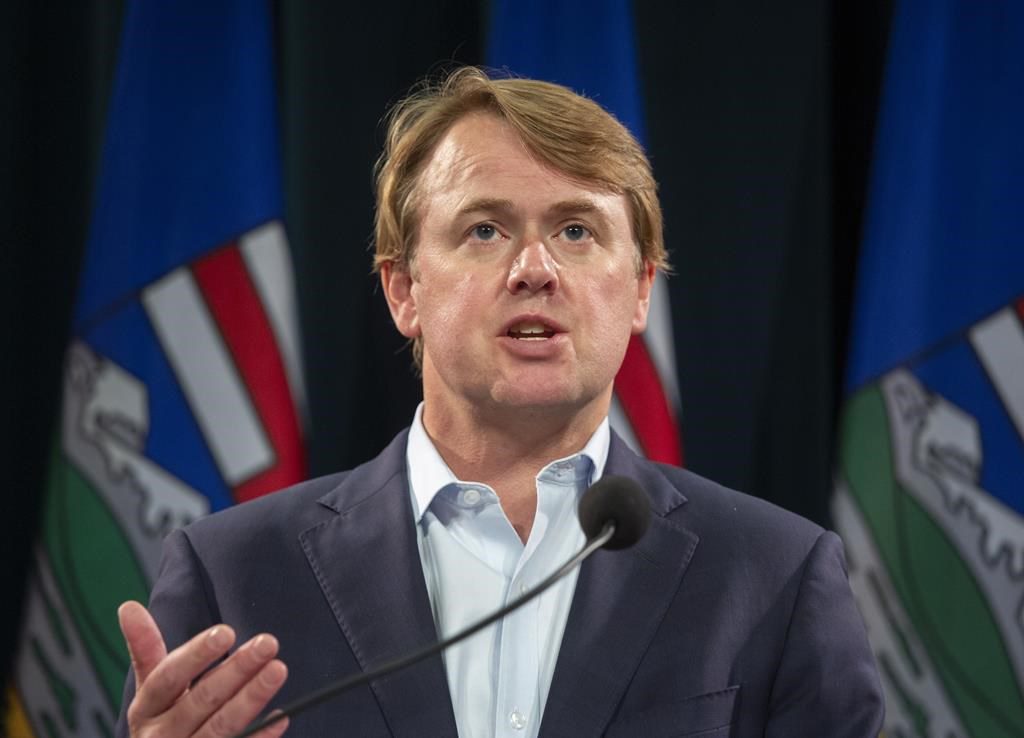 CALGARY — A former supporter of Alberta Justice Minister Tyler Shandro says she received a threatening email from him after she sent a critical note to his wife at her workplace.

Janice Fraser was testifying at a Law Society of Alberta hearing into accusations of professional misconduct against Shandro, who was health minister at the time.

Fraser says Shandro represented her family as a lawyer and she supported his run for office, but that changed after she sent the 2020 note to Andrea Shandro, one of the co-founders of Vital Partners, a health insurance agency.

Fraser said in a comment addressed to Andrea Shandro on the agency’s website that the couple was in a conflict of interest and Albertans wouldn’t forget it during the next election.

She says she was traumatized when she received an email from Shandro saying she should address future correspondence to him and if she contacted his wife again, he would refer the matter to protective services.

Fraser says Shandro should have known the threat would trigger her post-traumatic stress disorder, which is related to the matters on which he had represented her in the past, so she reached out to various media outlets as a way of protecting herself.