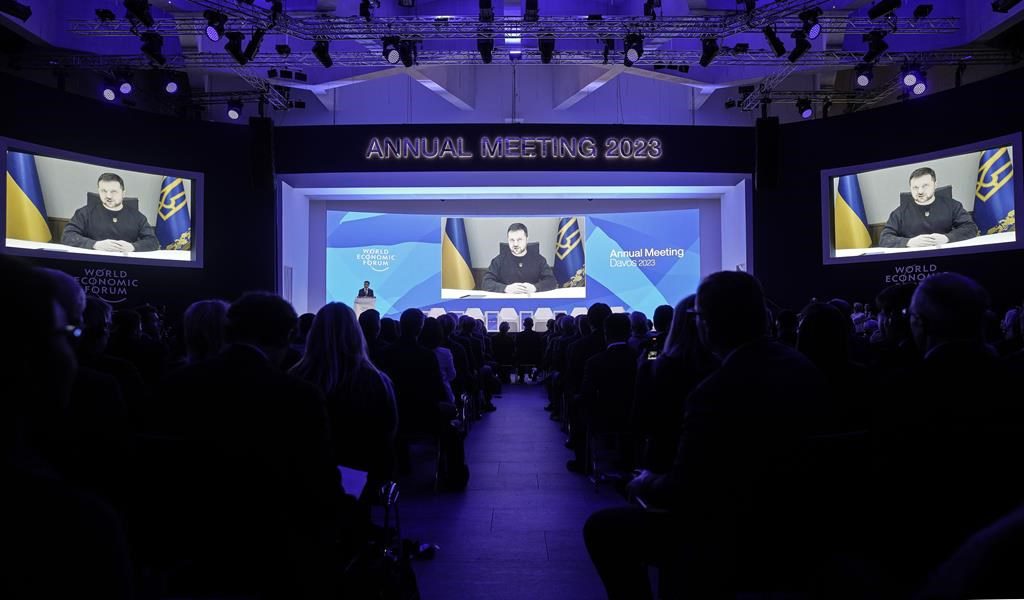 Ukrainian President Volodymyr Zelenskyy has bared his frustration about not obtaining enough tanks from some Western countries to help Ukraine’s defend against Russian forces.

The Ukrainian leader, at a breakfast Thursday on the sidelines of the World Economic Forum’s annual gathering in Davos, Switzerland, offered a veiled critique of countries like Germany, Poland and the United States — crucial supporters of Ukraine — that have nonetheless hesitated about sending tanks.

Speaking by video link, Zelenskyy bemoaned a “lack of specific weaponry” and said that to win the war, “we cannot just do it with motivation and morale.”

Through an interpreter, he told the Victor Pinchuk Foundation breakfast that “I would like to thank again for the assistance from our partners. But at the same time, there are times where we shouldn’t hesitate or we shouldn’t compare when someone says, ‘I will give tanks if someone else will also share his tanks.’”

Zelenskyy also said air defense was “our weakness” in light of targeted Russian strikes, including use of Iranian-made drones, and reiterated his call for supplies of long-range artillery to fire at Russian forces in Ukrainian territory — not fire into Russia itself.

Ukraine has for months sought to be supplied with heavier tanks, including the U.S. Abrams and the German-made Leopard 2 tanks, but Western leaders have been treading carefully.

The United Kingdom announced last week that it will send Challenger 2 tanks to Ukraine, and France has said it would send AMX-10 RC armored combat vehicles to Ukraine, designated “light tanks” in French.

Poland and the Czech Republic have provided Soviet-era T-72 tanks to Ukrainian forces. Poland has expressed readiness to provide a company of Leopard tanks but has said it would only do so as part of a larger international coalition of tank aid to Kyiv.

Former British Prime Minister Boris Johnson, who attended the breakfast, said, “Get them the tanks, get Volodymyr Zelenskyy whatever he needs.”

— Zelenskyy urges West to speed up flow of weapons to Ukraine