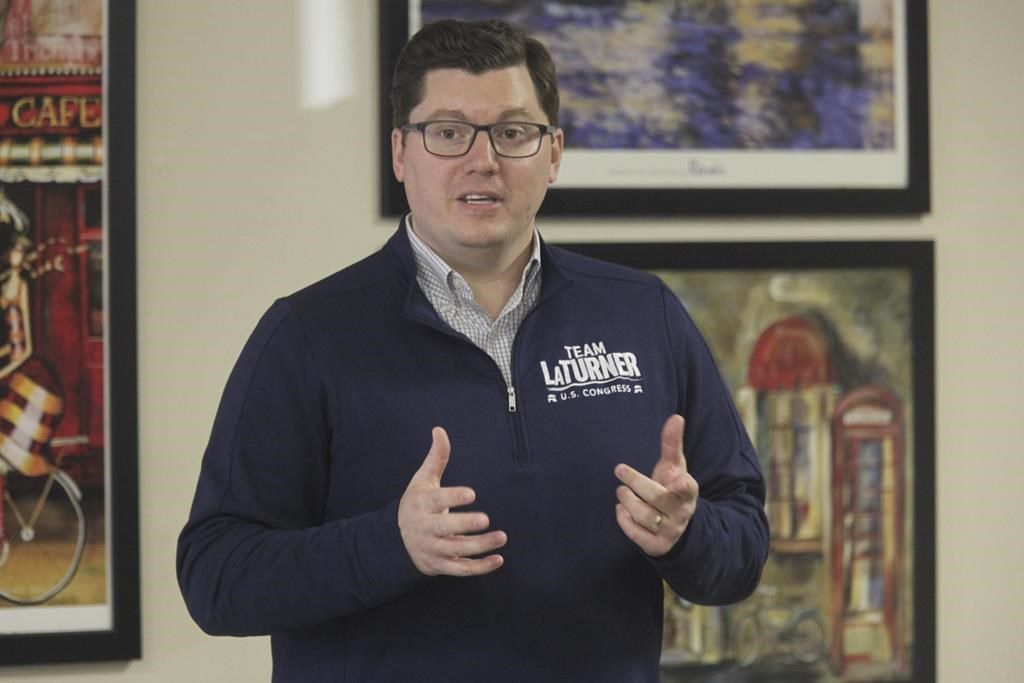 TOPEKA, Kan. (AP) — A federal jury convicted a Kansas man on Thursday after he admitted in court that he threatened to kill U.S. Rep. Jake LaTurner.

Chase Neill was found guilty after acting as his own attorney and questioning the congressman on the witness stand. Neill also testified during the trial, and he told jurors he was a messenger from God and that he threatened LaTurner for ignoring his concerns about sorcery, wizards, extraterrestrials and a war for people’s souls.

Federal prosecutors said Neill, 32, from Lawrence in northeastern Kansas, fixated on LaTurner before leaving an after-hours voicemail with the congressman’s Topeka office that included, “I will kill you.” Neill’s trial comes amid a sharp rise in reported threats against elected officials and their families.

Representing himself in court, Neill admitted that he left that message and others with more death threats the next day. But he told jurors that he was merely the messenger, telling LaTurner and other officials that they faced death by an act of God, such as a tornado or hurricane, for attacking God’s creation.

“This is not me saying, ‘I’m going to chase you down with a knife,’ or something like that,” Neill said in his closing argument.

Presiding U.S. District Judge Holly Teeter had Neill present his testimony Thursday as a narrative from the witness stand because he is acting as his own attorney. He interrupted his comments to get documents projected on four big screens behind him and to conference with the judge and prosecutors over what evidence he could present. Prosecutors did not cross-examine him.

He faced a single count of threatening a U.S. government official, punishable by 10 years in prison and a fine of $250,000. The jury must decide whether his June 5 voicemail represents a true threat and whether Neill intended to intimidate LaTurner or interefere with LaTurner’s work as a congressman.

“You cannot cloak yourself in religious belief and justify such a threat,” federal prosecutor Stephen Hunting said in his closing remarks. “There is a line you cannot cross.”

Threats against members of Congress have increased since the Jan. 6, 2021, insurrection at the U.S. Capitol. In October, an intruder severely beat former U.S. House Speaker Nancy Pelosi’s husband with a hammer in their San Francisco home.

Local school board members and election workers across the nation also have endured harassment and threats. Police in Albuquerque, New Mexico, this week arrested a failed Republican legislative candidate over a series of shootings targeting elected Democratic officials’ homes or offices.

In Neill’s case, he said his concerns about a war for souls were sparked by a May 13 story on the Kansas Reflector news site about a legislative debate in which a western Kansas lawmaker urged colleagues to override Democratic Gov. Laura Kelly’s veto of a measure that would have restricted public health officials’ power in epidemics following the COVID-19 pandemic.

Republican state Rep. Tatum Lee was quoted as saying, “The war is real you all. We are fighting for the soul of our nation.”

In court Thursday, Neill told jurors he values his soul and was required by God to act when he “heard the sound of the trumpet.”

He also showed jurors a LinkedIn page for himself, saying he dealt with “matters concerning over 400 million lives lost with high sorcery.”

“I am held to an obligation by our Creator,” Neill said.

LaTurner testified Wednesday that the June 5 voicemail made him concerned about the safety of his family and staff and prompted him to beef up security at his home and Topeka office. Cross-examined by Neill, the congressman said he considered some of Neill’s language “ridiculous talk” but added, “I’m more focused on the the threats of death.”

A U.S. magistrate judge said in an August order refusing to release Neill from custody that Neill had suffered a head injury four or five years ago “characterized as a head fracture.” Neill told jurors Thursday that in 2018, “God came to me very directly,” without elaborating.

But the trial judge concluded last month that Neill is capable of following what goes on in court and assisting his lawyers, making him mentally competent to stand trial. She granted his request to act as his own attorney, starting Wednesday.

Neill, a convert to Judaism, said his special relationship with God causes natural events, including a hurricane and fires. He said he conveyed messages to LaTurner even though he knew it would likely result in his being prosecuted.

“I’m really trying to explain how I interact with God, and it’s a difficult explanation,” Neill told jurors during his testimony. “I apologize.”