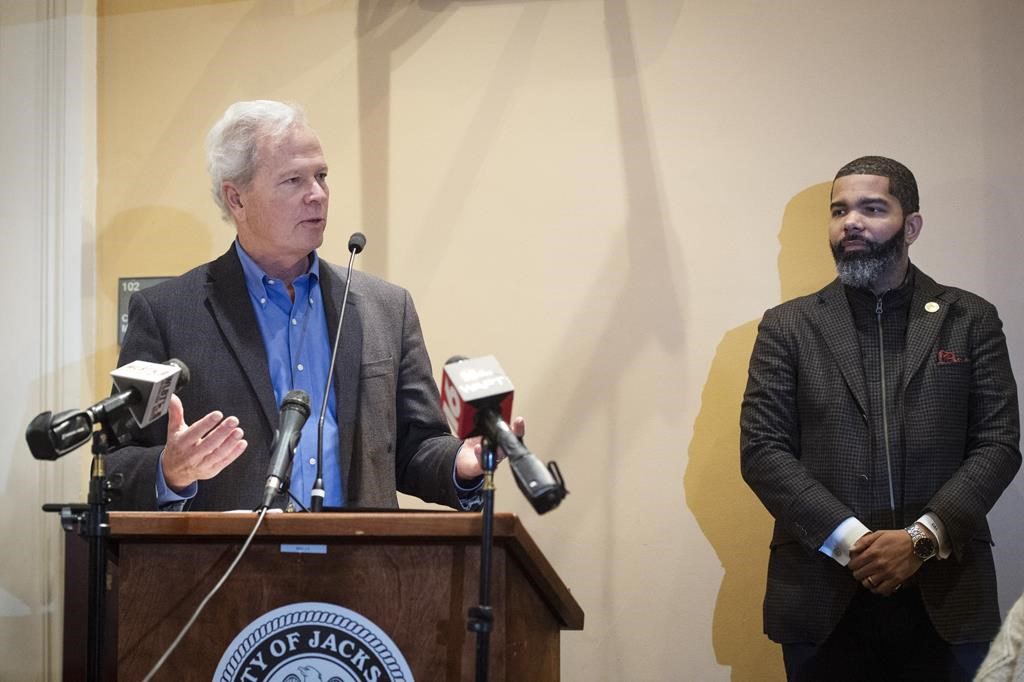 Jackson, Miss. (AP) — A bill before the Mississippi Legislature that would transfer the capital city’s troubled water system to a new regional entity could be motivated by a desire by state officials to access a large pot of federal dollars earmarked for the city, Jackson’s federally appointed water operator said Wednesday.

The legislation advancing in the state senate proposes the eventual transfer of water, wastewater and storm water services provided by Jackson, a Democratic-led city, to a new regional entity’s “ownership, management and control.”

That would come after Ted Henifin, the interim manager appointed by the U.S. Department of Justice to oversee reforms to Jackson’s water system, concludes his work. He has said he favors the idea of a corporate non-profit to contract with the city to manage its system, not a regional entity.

Henifin told The Associated Press on Wednesday that the impetus to award more control of Jackson’s water system to a regional authority might come from a desire to tap into $800 million in federal funds that have been awarded to the city for water projects.

Repeated breakdowns have caused many in the city of about 150,000 to go days and weeks at a time without safe running water.

“Jackson’s system is in disrepair and offers no benefits to the surrounding communities,” Henifin said. “The only reason one would do this is (Jackson) is now sitting on almost a billion federal dollars that no one else in the region has the opportunity to use.”

The bill before lawmakers would create a new entity called the Mississippi Capitol Region Utility Authority. It would be governed by a nine-member board, the majority of which would be appointed by state leaders. Republicans control both houses of the Mississippi Legislature, as well as the governorship and the lieutenant governorship.

“Right now, we are very fortunate to have $600 million coming to the area to try to improve the water,” the bill’s sponsor, Sen. David Parker, a Republican from Olive Branch, said at a Tuesday committee hearing.

Parker said he introduced the bill to craft an exit plan for when Henifin leaves Jackson.

“(Henifin) has in meetings made a point that when he leaves, he would like to see an authority set up to better manage the water system of Jackson going forward,” Parker said. “That’s the basis of where this comes from. This doesn’t come from politics.”

Henifin said he has been clear in public comments that he’s in favor of the creation of a new authority to manage the water system, but not a regional entity.

“I know when I’ve had public discussions about that, I’ve said that I don’t think a regional authority would work,” Henifin said. “Someone twisted that up quite a bit to put it in legislative language without ever talking to me.”

Henifin thinks a regional authority may once have been a viable option, but the large chunk of federal funding dedicated to Jackson now “takes that option off the table.”

“Where there was little interest in a regional approach when the system was in a state of disrepair with significant investment needs, the new federal dollars have changed that dynamic,” Henifin said.

The creation of a regional authority could allow federal dollars to be invested in surrounding communities, improving services in the region’s suburbs and driving further migration out of Jackson, Henifin said.

Jackson’s tax base has eroded over the past few decades as the population decreased — the result of mostly white flight to suburbs. The city’s population is now more than 80% Black, with about 25% of its residents living in poverty.

“I’m not thinking about a governmental entity at all based on the circumstances,” Henifin said. “We certainly don’t need an entity caught in the political crosshairs.”

Michael Goldberg is a corps member for the Associated Press/Report for America Statehouse News Initiative. Report for America is a nonprofit national service program that places journalists in local newsrooms to report on undercovered issues. Follow him on Twitter at twitter.com/mikergoldberg.