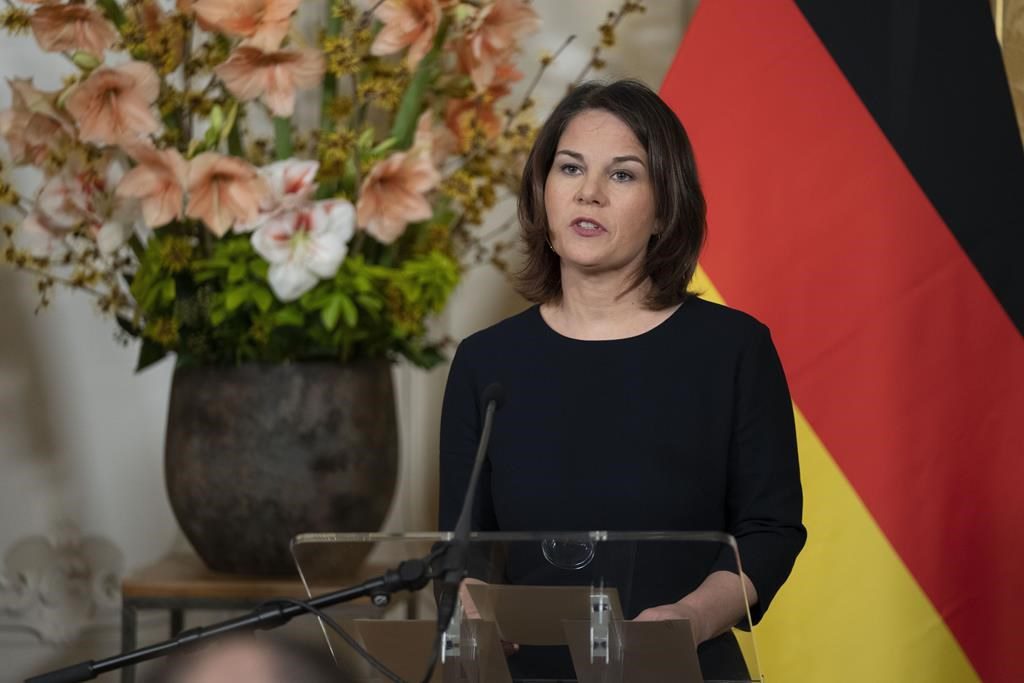 THE HAGUE, Netherlands (AP) — The German and Dutch foreign ministers on Monday condemned the deportation by Russians of thousands of Ukrainian children, calling it a deliberate policy of cruel and inhumane abductions that is tearing families apart.

Since Moscow launched its war in Ukraine nearly a year ago, Russians have been accused of deporting Ukrainian children to Russia or Russian-held territories to raise them as their own. At least 1,000 children were seized from schools and orphanages in the Kherson region during Russia’s eight-month occupation of the area, local authorities say. Their whereabouts are still unknown.

Russia claims that these children don’t have parents or guardians to look after them, or that they can’t be reached. But the AP found that officials have deported Ukrainian children to Russia or Russian-held territories without consent, lied to them that they weren’t wanted by their parents, used them for propaganda, and given them Russian families and citizenship.

“Russia must account for the whereabouts of these children,” German Foreign Minister Annalena Baerbock said at a joint press conference with her Dutch colleague Wopke Hoekstra in The Hague.

Baerbock said German and Dutch ministers will work together with organizations including the United Nations and International Criminal Court on the issue.

“This deliberate Russian policy is tearing families apart and traumatizing children,” Hoekstra said. “It is cruel and it is inhumane. And let me be clear that children abducted by Russia must be returned to their own country as soon as possible.”

While in The Hague, Baerbock visited the ICC and spoke to its chief prosecutor Karim Khan, who launched an investigation in Ukraine last year soon Moscow’s Feb. 24 invasion. He has visited Ukraine and sent teams of investigators to the scenes of alleged crimes but has yet to announce any cases arising from his probe.

Russia’s invasion of Ukraine is widely regarded as an act of aggression that would fall within the ICC definition of the crime, but because neither Russia nor Ukraine is a member of the court Khan does not have jurisdiction.

That has led to calls for an international tribunal for the crime of aggression in Ukraine. Hoekstra said late last year that the Netherlands — already home to the ICC, the International Court of Justice and other international courts — would be prepared to host such a tribunal.

Baerbock said Germany supports “the Ukrainian desire to establish a tribunal for Russia’s aggression and crimes” and also wants to see the Rome Statute updated so that only the nation that is targeted in a campaign of aggression needs to be a member of the ICC for it to have jurisdiction.

She also said that Germany and the Netherlands will “work together to establish an investigative body for the Russian crime of aggression.”