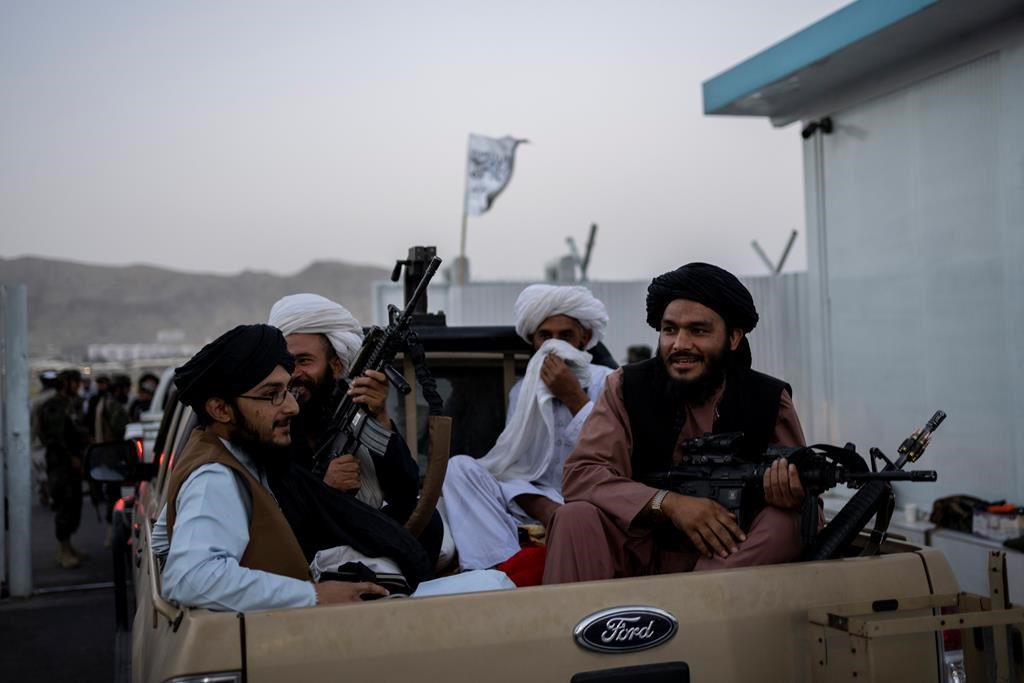 OTTAWA — Global Affairs Canada plans to install a plaque commemorating Canada’s evacuation of Afghans and embassy staff when its capital Kabul fell to the Taliban, but critics argue that sends the wrong message.

The plaque carried a $10,000 price tag and was approved in a July 2022 memorandum that The Canadian Press obtained through an access-to-information request.

It reads, in part: “This plaque pays tribute to all the government of Canada employees who contributed to this heroic effort.”

The department said it unveiled the tribute in an October ceremony and plans to install it when renovations at its headquarters are completed.

Conservative Sen. Salma Ataullahjan said she was baffled by the move.

“It’s totally inappropriate, considering how we badly botched the exit,” she said in an interview from her native Pakistan, where she said Afghan children are begging in the streets.

“To me, it seems unnecessarily inappropriate and insensitive when I think of what’s happening in Afghanistan,” she said. “What are we congratulating ourselves on?”

The plaque describes Canada’s role in the chaotic evacuation of Kabul in August 2021, when the Taliban took over Afghanistan, as such: “In the preceding weeks and in those that immediately followed, a complex operation took place under extremely harsh, unsafe and rapidly changing conditions to help thousands of Canadian citizens, permanent residents of Canada and Afghans to flee to safety.”

Last year, a special parliamentary committee studied how it unfolded in depth.

MPs heard that Canada evacuated its embassy before its peers, making it nearly impossible for Canadian veterans’ groups to help get the Afghan interpreters they had worked with to safety.

Canada’s final commander in Kandahar during the Afghan war, retired Maj.-Gen. Dean Milner, said embassy staff left “embarrassingly way too fast.” He said that’s part of the reason “we only managed to pull out maybe about 15 to 17 per cent of those critical interpreters who soldiered alongside us.”

As detailed in a report last June, the committee also heard about failings in Canada’s resettlement process, which it found was “administratively and logistically complex.” Witnesses described poor communication, an overreliance on email and a requirement that people trying to flee the country access documents with a professional version of Adobe Acrobat.

Canada was in the early throes of an election campaign at the time: Prime Minister Justin Trudeau called the 2021 federal election the day Kabul fell.

NDP MP Jenny Kwan, who sat on the committee, said Canadian public servants and soldiers put their lives at stake to help people and should be commemorated — but not while Afghan is suffering ongoing tumult.

“This is about the lack of planning and thought that the government had put into this (evacuation),” she said.

“I’m very dismayed that the Liberal government was busy finding ways to congratulate themselves when the aftermath is so dire for the Afghans who have risked their lives and that of their family members, who helped Canada with our missions.”

Kwan argued a plaque commemorating Afghans who served Canada would be more appropriate.

The internal memorandum says deputy ministers held a June 2022 discussion that included an event to commemorate the Afghanistan evacuation, but it doesn’t say who came up with the plaque idea.

The document approving the plan was signed by the former top bureaucrat for Global Affairs, Marta Morgan, who retired three months later.

Global Affairs Canada said it held a ceremony on Oct. 26 to unveil the plaque, which measures roughly 63 by 67 centimetres.

“The plaque will be installed in the lobby of the Lester B. Pearson building upon completion of the renovation of the building,” wrote spokesman James Emmanuel Wanki.

“Government of Canada employees demonstrated outstanding commitment in difficult conditions and under extraordinary circumstances. It was an emotionally charged situation for all those involved and some still carry this weight to this day.”

Wanki’s statement noted that Canada is still trying to reach its goal of resettling 40,000 Afghans, with 28,345 people having reached Canada by Jan. 4.

The offices of Foreign Affairs Minister Mélanie Joly and Defence Minister Anita Anand did not respond to a request for comment.

This report by The Canadian Press was first published Jan. 17, 2022.