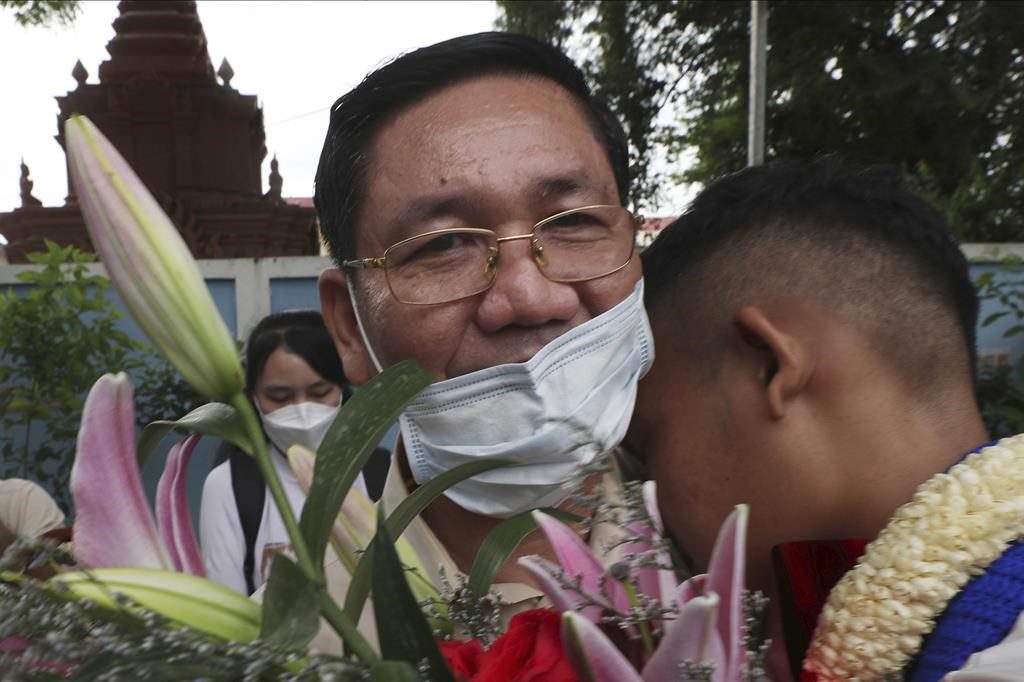 PHNOM PENH, Cambodia (AP) — A prominent leader of Cambodia’s political opposition has been arrested for allegedly issuing worthless checks in a case his party said is politically motivated.

Thach Setha, vice president of the Candlelight Party, was detained Monday and accused of issuing several bounced checks in 2019. He was sent to jail for pretrial detention under a law on payment transactions that provides penalties for irregular financial payments.

If convicted, Thach Setha could face two to five years in prison and a fine of up to $12,250.

The Candlelight Party is likely to be the biggest and most credible challenge to Prime Minister Hun Sen’s Cambodian People’s Party in a general election in July.

“For us, we believe that the case is politically motivated, not about the bouncing check,” Son Chhay, the party’s other vice president, said Tuesday. He said the Candlelight Party will contact the governing Cambodian People’s Party about the case.

Son Chhay added, however, that his party will also talk to the people who filed the lawsuit against Thach Setha. He said if there was merit to it, his party will find a way to pay the money owed as soon as possible so that Thach Setha can be released and continue his political duties.

The Candlelight Party called on the government and court to immediately release Thach Setha without conditions and stop arresting and intimidating leaders and supporters of the party.

“The Candlelight Party regards that the arrest and detention of Thach Setha was politically motivated and a form of real threat in order to intimidate the spirit of the Cambodian people from joining political activities with the Candlelight Party ahead of the general election in July,” it said in a statement.

Hun Sen’s party faced a much stronger challenge ahead of the 2018 election from the highly popular Cambodia National Rescue Party. It was disbanded just months ahead of the polls by a controversial court ruling that said it had plotted the illegal overthrow of the government.

Cambodian courts are widely believed to be under the influence of the government, and the party’s disbanding allowed the governing party to win all of the seats in the National Assembly.

The Cambodian People’s Party has held an iron grip on power for decades and controls almost every level of government. Hun Sen, an authoritarian ruler in a nominally democratic state, has held power for 38 years.

In recent years, his government has aggressively pursued legal action against its opponents, hindering their ability to operate freely, and sometimes hounding them into exile or jailing them. In October, the Candlelight Party’s Son Chhay was given a large fine after being found guilty of defamation for saying that the June local elections were unfair, charging that the National Election Committee was biased in favor of the Cambodian People’s Party.