Another pride month has come and gone.  And with it, members of the LGBTQ community, with their allies in tow, have had the opportunity to celebrate the advancements that've been made over the years, while at the same time, continuing to demand full equality in Canadian society.

Of course, with the ongoing COVID-19 pandemic still limiting public gatherings, pride this year has largely been taken out of the streets and into the "bedrooms of the nation."  Or, at least wherever Canadians keep their computer and laptop screens when they go online.

Its certainly been a significant year for the LGBTQ community, and not just because 2020 will go down in history as the first for which pride was held virtually.

For instance, in Northern Ireland same-sex marriage was legalized, after corresponding legislation from 2019 came into effect earlier this year.

The same is true in Costa Rica, which made waves this year for becoming the first country in Central America to authorize same-sex marriages.

In Brazil, the country's Supreme Court overturned a ruling which had restricted gay and bisexual men from donating blood unless they be abstinent for 12 months.

And of course, just a few weeks ago, the United States Supreme Court delivered a ground-breaking ruling to extend coverage for gay and transgender employees against workplace discrimination.

Canada has been no different.

This year the federal government took the long overdue step of drafting legislation to ban the provision of conversion therapy â€” a truly reprehensible practice if there ever was one â€” for those under 18.

Following the lead of cities like Edmonton and Vancouver, as well as provincial governments like Ontario, Nova Scotia, PEI, and Manitoba, Calgary also banned conversion therapy.

Furthermore, the Rainbow Refugee Assistance Partnership, a pilot project established in 2011 for the private sponsorship of persecuted LGBTQ refugees, received a boost in funding this year to resettle more of those in need.

All are praiseworthy moments which deserve celebration this year, particularly as we commemorate the 50th anniversary of the world's first Pride March.

Unfortunately, while 2020 has offered the LGBTQ community much to celebrate, it has also proven the need for increased activism, now more than ever.

Recent events across the world have made this abundantly clear.

In Hungary, a new homophobic law was passed to ban legal gender changes.  Homeless LGBTQ citizens in Uganda have spent months in prison after breaching curfew regulations related to the pandemic.  LGBTQ-free zones have been promoted in Poland.  And in Russia, anti-LGBTQ sentiment received yet another surge of support after the definition of marriage became enshrined in the constitution as a union exclusively between opposite sex couples.

These are just a handful of the stories which highlight the many injustices which continue to impede the LGBTQ community.

In total, there are still 70 countries where it is illegal to be LGBTQ.  And in 12 of them, you can even face the death penalty because of who you love and how you identify.

In comparison to these countries, and indeed, much of the world, Canada shines bright as a beacon of tolerance and acceptance.  It is little wonder that so many LGBTQ asylum seekers have come here in search of a better life, free from the persecution in their home countries.

Sara Hegazy was one such individual.

She was an LGBTQ activist from Egypt who dared to wave the pride flag at a concert in Cairo; a simple, yet courageous act which resulted in three months of imprisonment.  Following her release in 2018, Hegazy fled to Canada where she has resided ever since.

Tragically, Hegazy took her own life this past June.  The horrific torture she received in prison haunted her long after her release and subsequent relocation to Canada.

While Canadians can be proud that ours is a country which welcomes heroes like Hegazy, it is important to remember that we are by no means immune from prejudice or discrimination either.

Just the other week, news surfaced that executives at the Canadian Museum for Human Rights in Winnipeg had instructed their staff to censor LGBTQ content, lest it offend anyone with prejudicial views to the contrary.  It was an astonishingly hypocritical move by those who had been tasked with ensuring that the public receive the proper education on human rights in this country.

Speaking of proper education, the Manitoba Human Rights Commission recently investigated that province's school curriculum.  In the report that followed, the commission found that the lack of mandatory teaching on LGBTQ material, including on gender diversity and sexual orientation, was tantamount to discrimination.  Sadly, the government-appointed commission board rejected these findings, allowing for the continued exclusion of LGBTQ material in Manitoba schools.

Other examples of discrimination have been far more overt.

One of the contenders for the federal Conservatives, Derek Sloan, is campaigning in part on a platform of LGBTQ bigotry, all to secure the support of the party's social conservative wing.

He has stated clear his avowed opposition to legislation which extends protections for trans and non-binary Canadians.  He has also attacked the government for their proposed ban on conversion therapy, offering instead his support for anti-LGBTQ "counselling."

So, before Canadians become too high and mighty over their country's famed tolerance, they should keep these instances in mind.

They should also keep in mind that Canada has yet to overturn all its own systemic barriers which impede equality.

After all, discriminatory barriers remain in place for men who have sex with men to donate blood.  Queer youth are disproportionately at risk of homelessness.  And trans and non-binary people are overwhelmingly targets of verbal harassment, as well physical and sexual assault.

When considering the abundance of challenges that remain, it is evident that the LGBTQ community is still a long way from obtaining full equality in Canadian society.

Much hard work and committed advocacy remains to be done, and by no means is the journey ahead going to be easy.  Then again, nothing worthwhile ever is.

Maybe one day, though, we can finally fulfill the dreams of Sara Hegazy and the others before her, in ensuring that all are free to love whom they may with both dignity and respect. 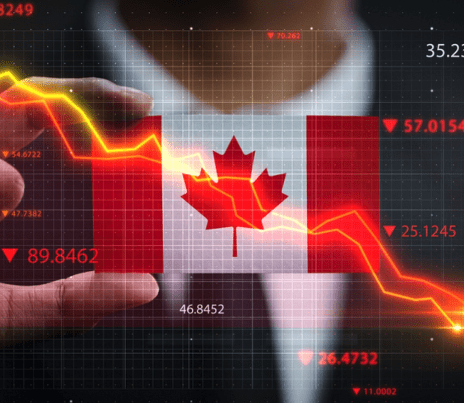 Renown physicist Richard Feynman once said, "There are 10^11 stars in the galaxy.  That used to be a huge number.  But it's only a hundred billion.  It's less than the national deficit!  We used to call them astronomical numbers.  Now we should call them economical numbers."

To think, not that long ago, some people were worried about the deficit being a mere $40 billion.

Of course, we all know why our fiscal situation got so far out of whack it's the COVID-19 bug, or more precisely, it's the government's reaction to the bug.

Simply put, the government went into spending overdrive out of necessity after it had "locked down" the economy.

At any rate, I bet you think such shockingly huge deficit numbers will give a boost to all those groups out there the Fraser Institute, the Canadian Taxpayers Federation, the Conservative Party of Canada which push the idea that we need more fiscal responsibility in Ottawa, that we need to balance the budget.

But if you do think that, you're wrong.

The reality is, deficits, even gigantic ones, just don't matter too much to voters.

Keep in mind, Prime Minister Justin Trudeau and the Liberals specifically promised to rack up deficits during his 2015 electoral campaign, and he won a majority.

Keep in mind too, after it was firmly ensconced in power, the Trudeau government offered no real plan to balance the budget (other than hoping it would somehow balance itself) and basically projected an endless number of deficits into the foreseeable future, and nobody seemed to care.

Why is this the case?  Why don't people seem to care about the nation drowning in a sea of red ink?

Well, I think the answer goes back to Feynman's quote about numbers.  A "billion" is so large, that only people used to dealing with massive numbers mathematicians, astronomers, Bill Gates's accountant can actually comprehend it, to the rest of us it's just a big number.

That means, from the perspective of an average person, a billion, a trillion, or a gazillion all look more or less the same.

They're both just big numbers.

This is why, incidentally, promises to "slay the deficit" are usually not good political rallying cries.

Voters would rather hear politicians pledge to spend more on popular programs or hear them promise to cut taxes, since that would impact them more directly than balancing the budget, which is a more abstract goal.

Besides balancing the budget usually means inflicting pain, either because governments will have to cut spending or raise taxes.

Now don't me wrong, I'm not suggesting here that Canadians are fiscally irresponsible.

They do want the government to carefully manage their tax dollars, but to get average Canadians interested and motivated about fiscal issues, you need to present them with numbers that are relatable.

For instance, years ago when I was working for a conservative advocacy group called The National Citizens Coalition, we had a hard time getting people worked up about deficits and debts, so we decided to change course and published a booklet called "Tales from the Tax Trough," which simply listed examples of small understandable bits of ridiculous government spending.

Our theory was people would get more upset about the government spending $5,000 on a hot air balloon festival, than they would be about a $10 million agricultural subsidy.

And we were right.

The little "Tales" booklets not only sold like hotcakes, but they also attracted lots of media attention and generated lots of taxpayer outrage.

Yet, outrage is a difficult emotion to maintain, and while taxpayer anger will eventually subside, government "out of control" spending tends to remain a constant.

I bet even a smart physicist like Richard Feynman couldn't figure that one out.