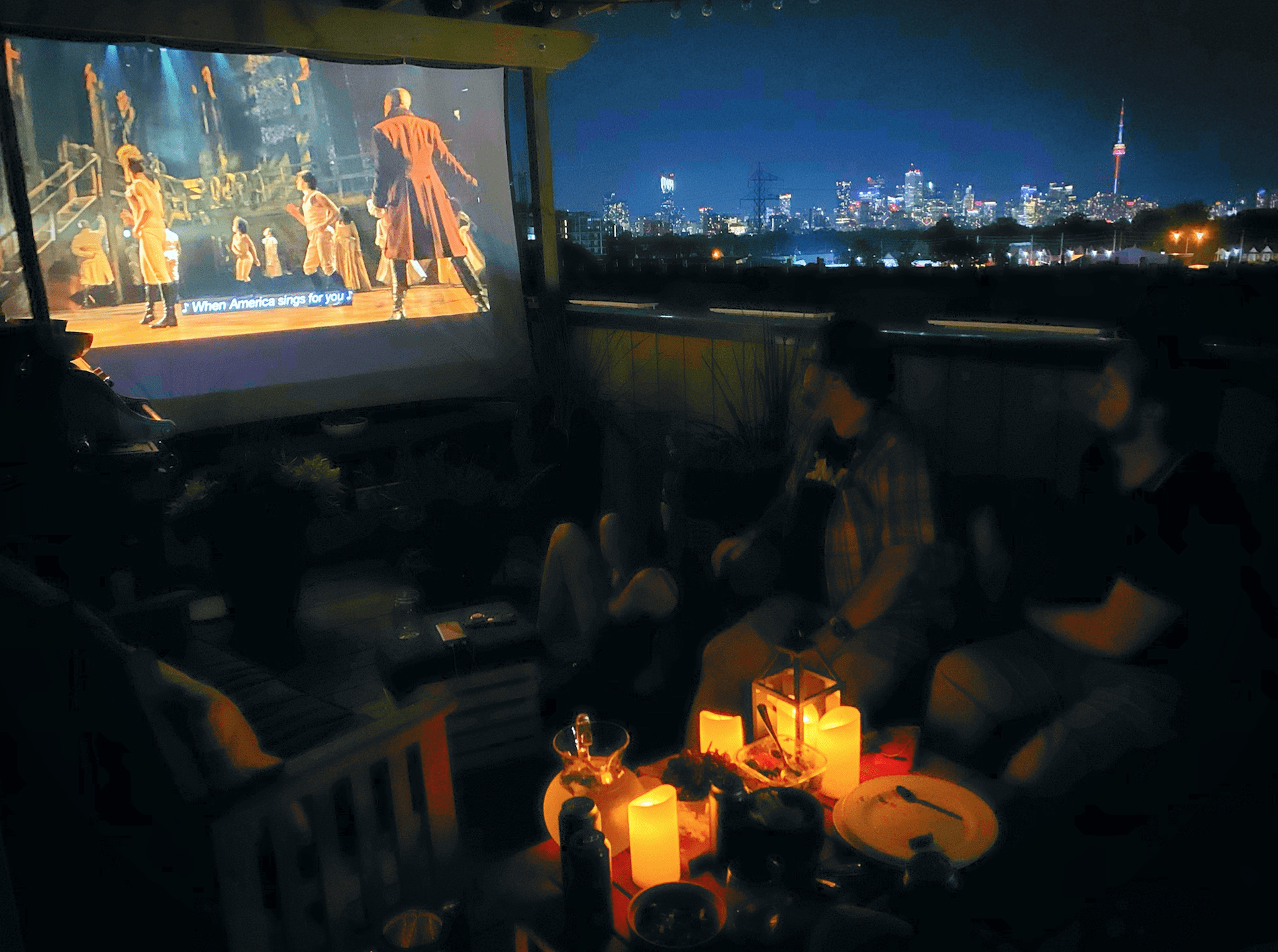 I finally watched Hamilton on Disney+.  It was great: a projector beaming the images onto a screen, a group of friends, some beers and cigars on the patio overlooking Toronto's skyline.  It almost felt like being in a theatre this way just with snacks.  As the antagonist sings in the play: "Ooh, there's nothing like summer in the city."

I cannot stop thinking about one line that sums up so much about politics:

"HAMILTON: God help and forgive me / I wanna build Something that's gonna / Outlive me / What do you want, Burr? / If you stand for nothing, / Burr, then what do you fall for?

BURR: I wanna be in / The room where it happens."

This classic distinction between those who enter politics to do something and those who want to be someone is both incredibly true and an incredibly important lens through which we can view and judge our politicians and their staff.

Yet even the musical shows the dichotomy is fluid.

Aaron Burr, the future vice-president, is shown to be a silver-spooned political climber who wants to "be in the room where it happened" (a line brilliantly lifted from The West Wing).

Alexander Hamilton, for his part, wants to get things done, yet he is also obsessed with his legacy.  After all, he is just "Another immigrant comin' up from the bottom / (Just you wait)."  But his focus is on progress and tangible achievements as a legacy; as his wife Eliza summarizes, "And when my time is up / Have I done enough? / Will they tell my story?"

In a scene that will resonate with anyone who had to sit-through political focus groups, Burr gives Hamilton some typical yet ill-advised political guidance, saying:

"While we're talking, let me offer you some free advice
Talk lessâ€¦/
Smile moreâ€¦/
Don't let them know what you're against or what you're forâ€¦/
You want to get ahead?â€¦/
Fools who run their mouths off wind up dead."

In a way that recalls Jill Lepore's seminal history of the United States, These Truths, the fact the American Revolution was incomplete women, slaves, the Indigenous were not freed is touched upon.

But, in a way, the symbolism of the Puerto Rican and African-American cast carries the load of greater social commentary on America's original sins; it's as if the Founding Fathers are put through a modern lens, recast as the immigrants they were, but without perhaps the critical judgement that today's more woke zeitgeist would demand: Jefferson owned slaves, Hamilton and others did not do enough to advance abolition, sacrificing it at the altar of founding a new nation.

In this respect, the show is indeed an artefact albeit still a riveting one of the Obama era, when perhaps white liberals like me felt complacent knowing, in the words of Ta-Nehisi Coates, that a Black man was "eight years in power"; today we know that diverse faces in positions of power are not, in and of themselves, a substitute for eviscerating the deep roots of systemic racism, the systems if not upon which than certainly with which America, and Canada, were founded.

Even the heroes of the show are flawed.  As Ava DuVernay said recently: Alexander Hamilton "Wrote violent filth about Native people.  Believed in only elites holding political power and no term limits.  And the banking innovation has troubled roots.  That's why I don't look to art for my history.  I study history."

In other words, Hamilton requires thinking.  In another line cribbed from The West Wing, Angelica, the proto-feminist intellectual of the show, declares: "I'm looking for a mind at work."

Even Burr hints at this complexity in a line perhaps borrowed and amplified from Sufjan Stevens singing about what Aeschylus (as quoted by Robert Kennedy) called "wisdom through the awful grace of God": "It takes and it takes and it takes / And we keep living anyway / We rise and we fall / And we break / And we make our mistakes".

And yet, again this is a show that celebrates diversity and a liberal, democratic, meritorious ideal of progress where "immigrants, we get the job done" by the classic notion that you can get "a lot farther by working a lot harder/ by being a lot smarter / by being a self-starter".  In the end, the show declares, "The have-nots are gonna win this."

But that requires getting things done, writing like "you're running out of time" and compromising to exert your legacy on history.

Which brings us back to the quote that I opened with.

There are those who want to be in the room where it happened, and those who want to get something done in our politics and sometimes the one leads to the other, and vice versa.  Humans, in all our flaws, design and use our systems of government for good ends and bad.

Yet, one truth I have learnt to be real is: those who want to be "somebody" privilege niceties, favour being seen to be competent rather than prioritizing values.  Those who want to do "something" are not afraid to break things, to shoot their mouths off, to have integrity.

Or, as Hamilton says to Burr, "I'd rather be divisive than indecisive / Drop the niceties." 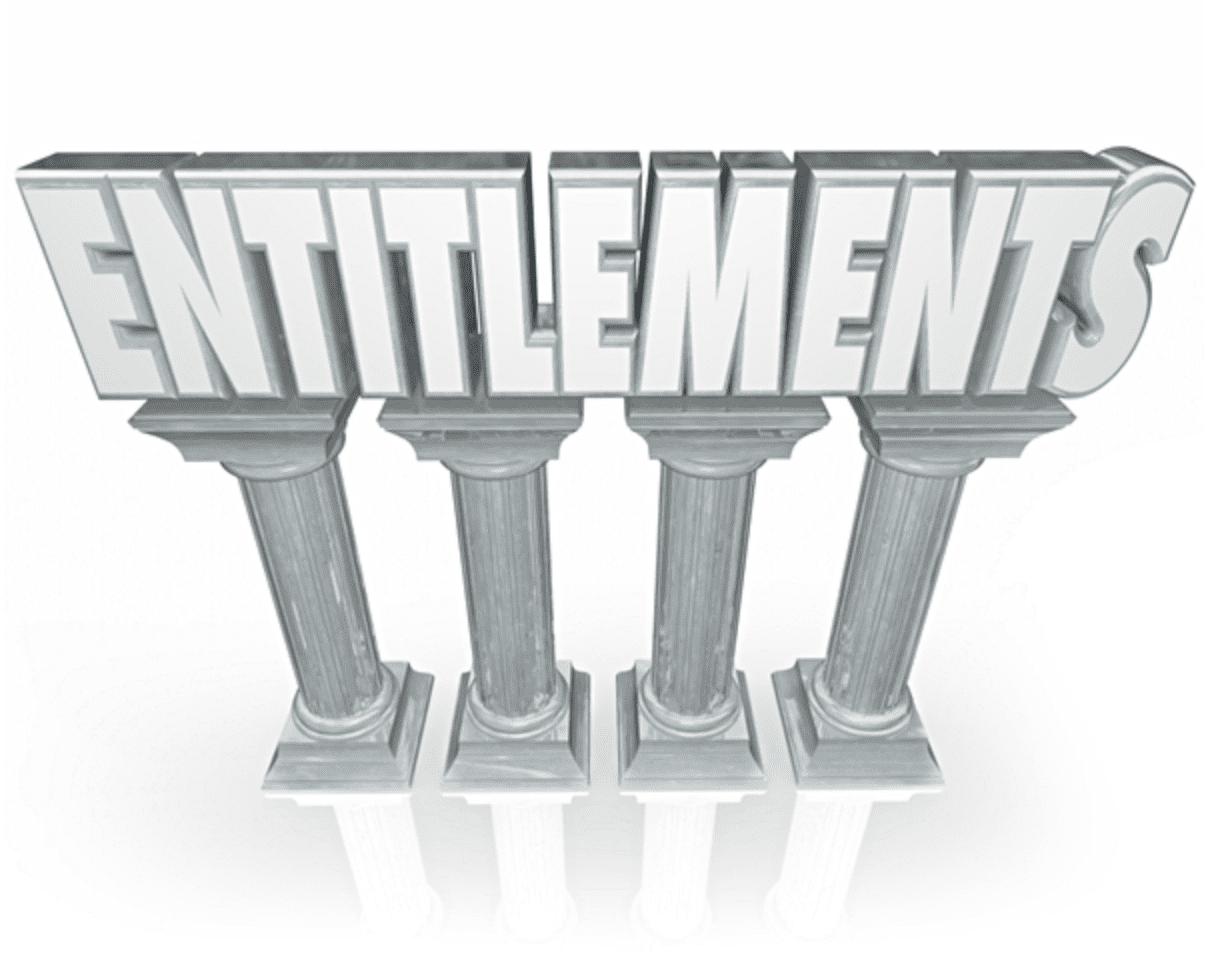 You remember that word, don't you?  David Dingwall, a Liberal politician, once said that he was "entitled to his entitlements."

Dingwall uttered those fateful words before a Parliamentary committee, convened to determine if as President of the Royal Canadian Mint Dingwall had abused his expense account.

He hadn't.  Two audits concluded he hadn't.  But, when questioned about why he should get a severance when he voluntarily resigned from his position at the Mint, that's what Dingwall said.  "I'm entitled to my entitlements."

He wasn't wrong, but it was a dumb thing to say.  The Conservatives used a clip of Dingwall saying those words in their election ads.  They won the election.

Entitlements are the root cause of all corruption.  People of lesser means decide they work hard, that they are unappreciated, so they sometimes start dipping into the proverbial cookie jar.  They take home stuff that doesn't belong to them, because they feel entitled.

Rich people are a bit different.  They think they are entitled, too, but they think that way simply because they are rich.  They breathe a more rarefied air, and their Gucci slippers don't alight on the same ground as the rest of us.  They pocket things that they shouldn't, because they genuinely believe they are superior beings.  And their superiority entitles them to entitlements.

Prime Minister Justin Trudeau and his mother and brother are rich.  So is the family of his Finance Minister, Bill Morneau.  By any reasonable standard, they're all rich.  They're millionaires.  They have way more money than you and I do.

But there they were, those rich people, getting paid hundreds of thousands of dollars or getting jobs from a charity, WE.   They got paid to make speeches and appear at WE events, where kids in matching T-shirts would applaud their every utterance.

Over a period of years, Justin Trudeau's Liberal Party got very, very close to Marc and Craig Kielburger's cult-like WE organization.  If the Trudeau Liberals were the Church of Scientology, WE was their Sea Org.

Did they disclose to cabinet that their families had received jobs and lots of money from WE?  We don't know.  Cabinet discussions are secret.

But we'll know soon enough.  There are multiple investigations already underway into this stinking, fetid mess, and they will undoubtedly find multiple conflicts of interest.  The RCMP, who are also now looking at WE-gate, will find it difficult not to launch a formal criminal investigation.

It's all very sad and all very unnecessary.

Some years ago, you see, before they became wealthy and powerful, Marc and Craig Kielburger came to see this writer in his office.  They were smart and articulate and passionate kids, back then.  They fastened their unblinking eyes on me and said they wanted to stop child labour.

They also, as it turned out, wanted introductions to then-PM Jean ChrÃ©tien and some of Chretien's ministers to get funding, to get influence.

Even back then, even as teenagers, Craig and Marc were on the hunt for the famous and the powerful.  It was off-putting and a bit creepy.

I said I'd try and help them, but I never did.  They gave me a couple of their books and left.

What happened to those two boys who came to see me, who wanted to stop child labour?  How did their little charity turn into something else entirely, with a massive real estate portfolio, with tentacles reaching schools across Canada, and allegations of racism and abuse of power, and a scandal that will not disappear?  How did all that happen?

And Marc and Craig Kielburger, even back when they were boys, knew how to get the entitled to do their bidding.

With, you know, entitlements.