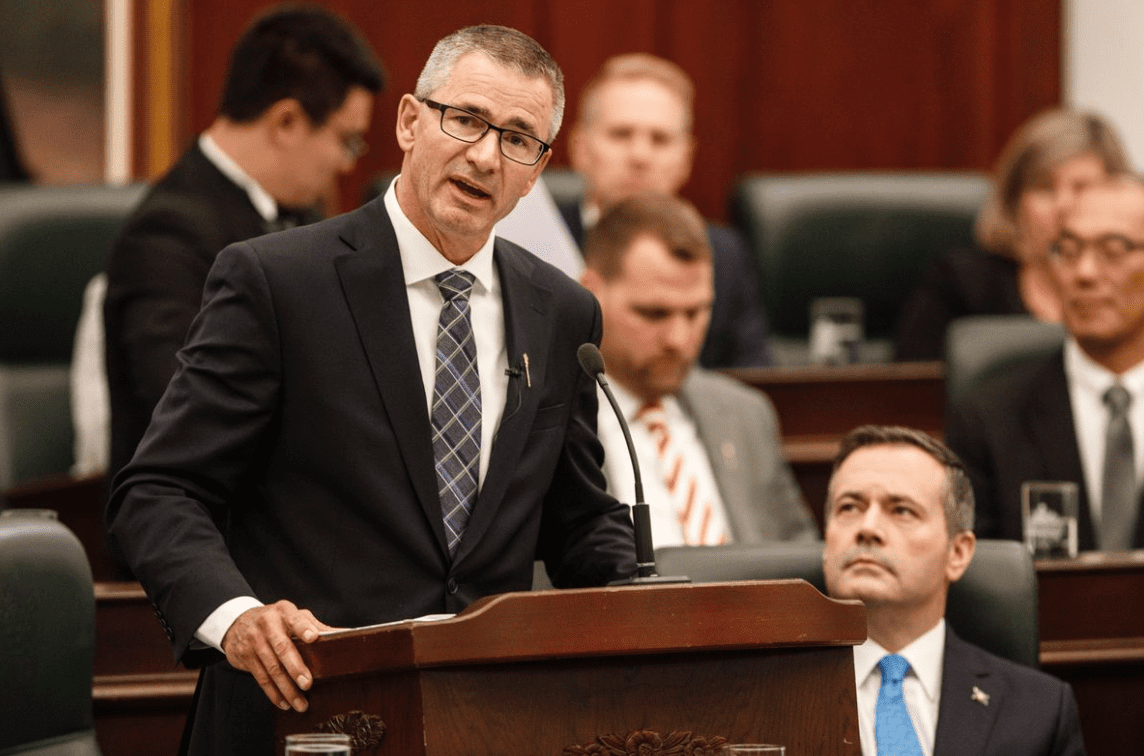 The first budget from the Alberta United Conservative Party is pretty much what was expected.

And corporations are getting a pretty major tax break.

All that is the UCP formula for a way back to a balanced budget.

But provincial budgets can also telegraph a way forward to sustainable economic health, and that part of the equation is missing.

There is little vision for how to diversify the provincial economy away from its dependence on oil and gas.

Finance Minister Travis Toews told the Calgary Chamber of Commerce in his post-budget address that the province is focused on wrestling with expenditures this budget cycle and will look at diversifying its revenues in the future.

"We believe that is the most defensible approach to ensure that capital flows in the right places, that we diversify and grow our economy in a sustainable way, that government isn't picking winners and losers."

Part of that response addresses the always thorny question of whether Alberta needs to establish a sales tax.

But saying that the government shouldn't be picking winners and losers ignores the fact that the big winner in terms of government spending and focus has already been picked and it does nothing to diversity the economy.  As always energy is central to everything in the budget.

The budget rhetoric gives a nod to the promise of tech industries, particularly in the artificial intelligence realm.

"Over the next four years, we will spend over $34 million on initiatives related to artificial intelligence in groups like the Alberta Machine Intelligence Institute (Amii), autonomous systems and cyberinfrastructure supports.  In addition to this, Alberta Innovates is committed to advancing data enabled innovation and digital technology for business with $6.5 million in programing and supports to accelerate investments in emerging technology," trumpets the budget.

But the Alberta Innovates program suffers a $39 million cut this year in the budget.  And the University of Alberta, the centre of the think tanks that spinoff the commercial aspects of the artificial intelligence sector, is getting a 6.9 per cent budgetary haircut.

Although Edmonton is a recognized centre for AI research, U of T and McGill are in hot competition for talent and development in the field.

Instead of 'picking winners', the budget leans heavily on its corporate tax reduction, from 12 to eight per cent over four years, to reduce unemployment in the province.

But for little tech startups with negligible revenue to tax in the early years, the tax reduction dollars aren't much of a boost.

And some directed programs aimed at tech and knowledge industries have been axed in favour of that catchall tax cut.

For instance, the Interactive Digital Media Tax Credit, which offered a 25 per cent incentive to companies in the video game and animation sector has been eliminated.  Some firms which relocated to Alberta in recent years because of the incentive say they would not have come without the tax credit.

Another whole sector which gets scant attention is agriculture and particularly the growing plant protein sector.  Alberta farmers have caught on to the galloping international demand for plant protein, growing vast quantities of yellow peas, lentils, chick peas and fava beans.  But there is a gap in value added processing and ingredient manufacture in Alberta which could open up the sector for the future.

There is very little in the budget relative to agriculture, let alone the potential in the protein-focused agrifood industry. Instead, pages and pages of the budget parse the implications of every possible scenario relative to building or not building oil and gas pipelines.

At some point the government needs to consider the implications of leaving Alberta's economic future in the non-renewable resource basket.  Maybe some vision will be revealed in future budgets once the UCP is happy with its cost-cutting measures.  But in a global economy moving in new directions more and more quickly, Alberta may find itself left behind. 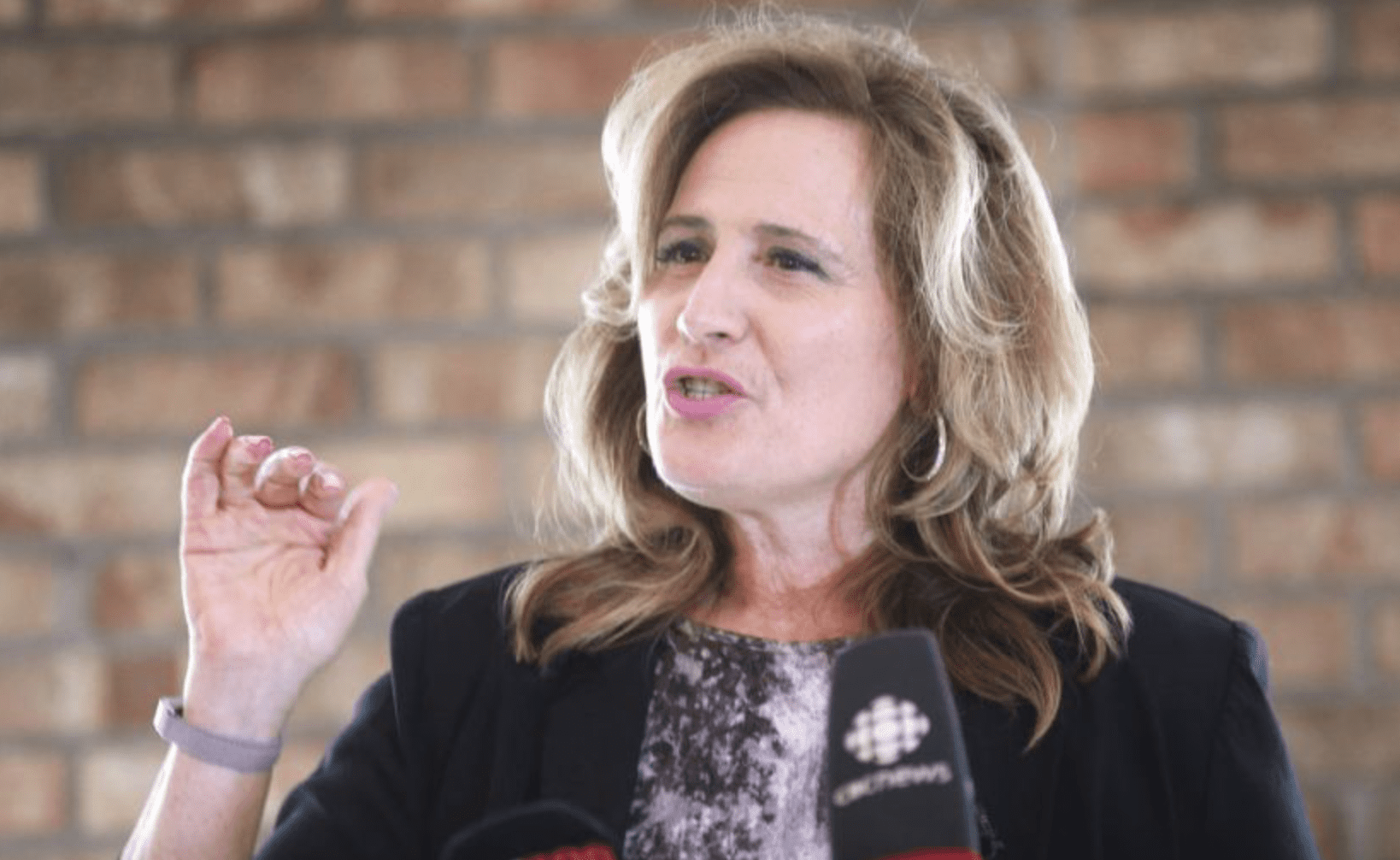 Prime Minister Justin Trudeau should be looking for someone tough, a clear communicator who can cut through spin, a happy warrior with a smile.

He should tap Sandra Pupatello as the next Canadian ambassador to the US.

Pupatello is a former Ontario Minister of Industry and MPP for Windsor West.  She ran and came second to Kathleen Wynne in the Ontario Liberal leadership race.  She just ran an inspired campaign to establish a Liberal presence back in Windsor, and although she came up short in a close race, she helped establish a Liberal beachhead in neighbouring Windsorâ€”Tecumseh.

She's funny, feisty and people in Windsor love and trust her.

Our ambassador to the US has often been a partisan; there should be no meaningful complaints about patronage when she is so qualified.  She's a former senior provincial cabinet minister and businesswoman from a border city.  It's an ideal fit.

She campaigned in Windsor on the successful renegotiation of NAFTA.  We need someone to push the deal across the finish line in Congress.

Pupatello is a deft legislator, with experience in government and opposition.  She's got a way of making a deal, of landing business investment.  I remember her saying in a speech in the 2013 leadership race that she could solve any impasse in business by making the counterpart an espresso â€” and frankly, I think that kind of hands-on, sensible relationship-building would work well with the Trump administration.

I did not support her in the 2013 leadership race, but I was rooting for her in the 2019 MP race.  She was fun.  She could skewer her opponent with a big smile on her face.  She clearly gets trade and business in a way that few others do.  She'd stand next to cars and argue for why NAFTA is so important.  I would pay good money to see her in a meeting with President Trump.

I have a soft spot in my heart for Windsor, with its working-class roots, fantastic pizza and multicultural mix on the water at the border.  Sandra Pupatello is beloved in her home city.  That kind of personal attachment to one's home town is a serious endorsement.

Amongst other personnel decisions, the PM needs to figure out how to give representation to Alberta and Saskatchewan.  Given the West's aversion to an unelected Senate, I am not convinced appointing a senator from the West into cabinet is sufficient.  In this country, it would seem there is a preference, if not a convention, in favour of our cabinet members being members of the House of Commons.

Could he try something more interesting?  Special advisors?  Maybe former premier Allison Redford would do.  Perhaps appointing Mayor Naheed Nenshi as a member of a key cabinet committee but not the cabinet itself?   What about the equivalent of a "royal tour", where Trudeau decamps to Alberta for an extend period of time on meetings and outreach?

What about moving Parliament, which is being renovated, to Saskatoon or Edmonton for a few months?  The idea of moving Parliament out from the capital is an idea en vogue in the United Kingdom, given the Palace of Westminster needs renovation.  Maybe we could do the same here, to bring Parliament to the people?

This issue of Prairie alienation is a serious problem that requires real attention.

As John Ibbitson wrote in The Globe, "Having won only 13 per cent of the available constituencies in the four Western provinces, the Liberals are weaker in the West than in any election in which they formed government since Pierre Trudeau's near-shut-out in 1980.  Although Justin Trudeau may attempt this or that parliamentary sleight of hand to increase the Prairie representation in cabinet, the fact remains that this is an overwhelmingly Laurentian government, with almost three-quarters of its seats located in Ontario and Quebec."

There are no real easy answers to the problem that has arisen in Western Canada, and Washington remains a pickle.  But Pupatello will help in DC.  And attention will help out West.