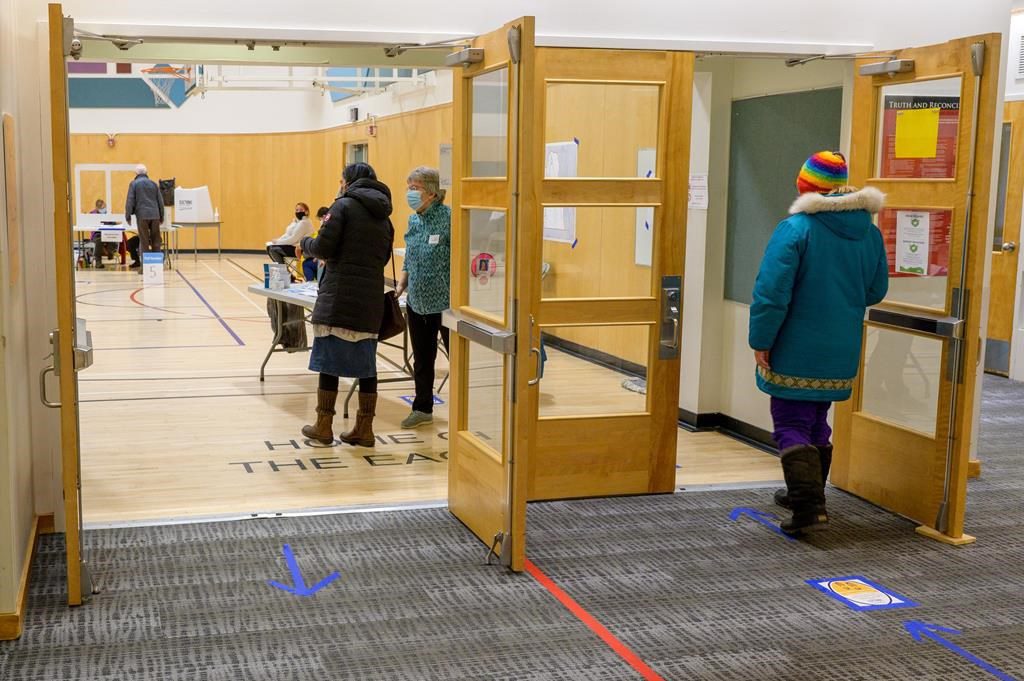 WHITEHORSE â€” Yukon is headed toward a minority government with the Liberal and Yukon parties tied with the same number of seats after Monday’s election.

With all of the votes counted, the Liberal and Yukon parties had eight seats each, and the NDP had won two seats.

The riding of Vuntut Gwitchin is slated for a judicial recount after Liberal candidate Pauline Frost, the territory’s health and environment minister, was tied with New Democrat Annie Blake at 78 votes each. No other candidates ran in the riding.

Elections Yukon said the recount is scheduled to be held on Thursday. If the race is still tied after the recount, Yukon’s Elections Act says the winner will be determined by drawing lots.

Ten seats were needed for a majority government.

Yukon Liberal Leader Sandy Silver called it an “interesting result,” but said the party would wait to see the recount results of Vuntut Gwitchin before making further statements.

“Now, more than ever, Yukoners have told us that we need to work together, and we will,” he said Monday night at a news conference in Dawson City.

The Liberals came into the election looking to build on their surprise 2016 majority win.

Silver had urged Yukoners to not change the course in this election, pitching his government's handling of the COVID-19 pandemic as one of the reasons his party should continue to lead the territory.

Like Silver, Dixon said he would be closely watching the results of the judicial recount.

“The tie result in Vuntut Gwitchin creates a considerable degree of uncertainty,” he said. “Until we see the results of that tie break, we will have to remain interested in the final outcome.”

Dixon noted the Liberals will be given the first chance to form a government, but the Yukon Party would be pushing forward its agenda and priorities.

Opposition politicians had questioned the decision to hold an election during the pandemic, particularly as the territory worked through its COVID-19 vaccination rollout.

Monday’s race was the fifth election in Canada during the pandemic, and the first that didn’t result in a majority win for the governing party. In New Brunswick, Newfoundland and Labrador, Saskatchewan and British Columbia, all the governing parties went on to form majority governments after calling an election.

â€” By Nick Wells in Vancouver.