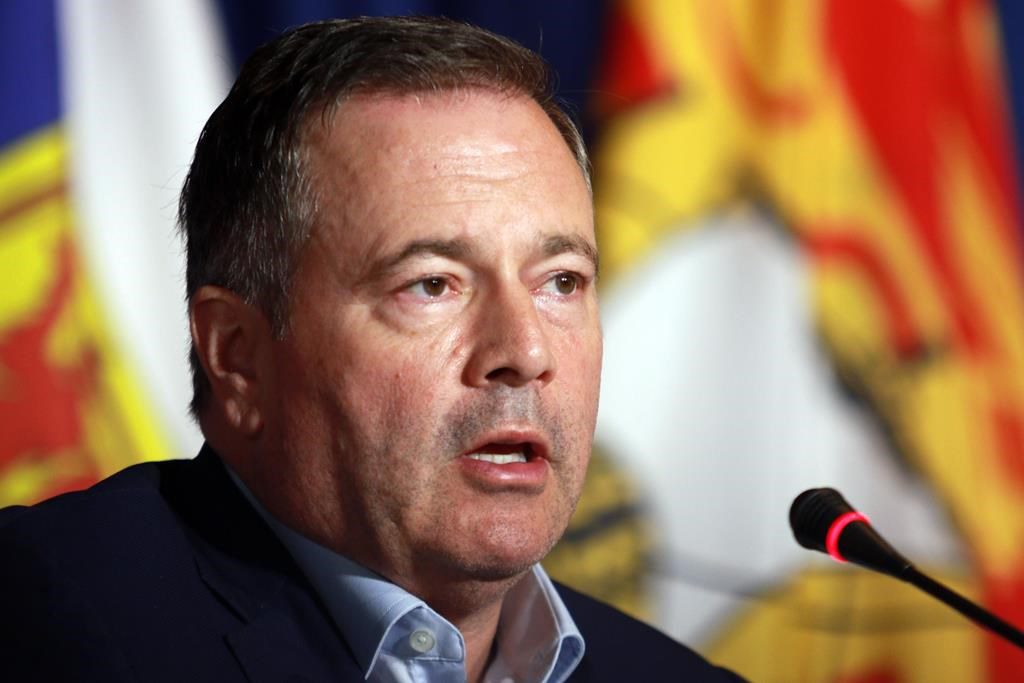 Documents released by the inquiry looking into the government’s decision to invoke the Emergencies Act last winter include text messages between Intergovernmental Affairs Minister Dominic LeBlanc and Transport Minister Omar Alghabra, relaying a conversation LeBlanc and Kenney apparently had.

In the messages, LeBlanc says Kenney told him that Ottawa left the provinces “holding the bag on enforcement” and Prime Minister Justin Trudeau’s government didn’t grant Alberta’s request for military equipment such as tow trucks to remove protest vehicles.

In an apparent reference to Trudeau, Kenney wrote, “Your guy has really screwed the pooch,” and called the vaccine mandate for truckers “dumb political theatre.”

Kenney went on to say that labelling protesters as Nazis “hasn’t exactly helped” and says he was unable to find tow trucks to remove protesters — whom he called “crazies” — because of concerns that some were making death threats.

The blockade in Coutts, Alta., forced the closure of the highway and border crossing before it was broken up on Feb. 14, when RCMP seized guns and charged four men involved with conspiracy to commit murder.