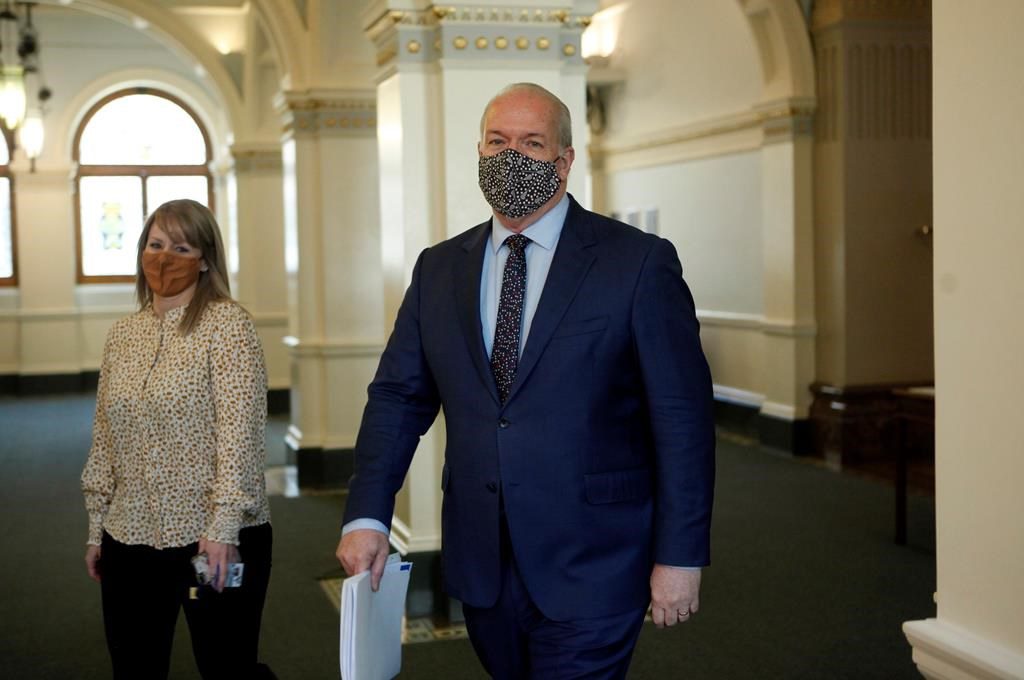 VANCOUVER â€” Avtar Badesha says he fears getting COVID-19 or being exposed to the virus because he couldn’t support his family without any paid sick leave during quarantine.

The 33-year-old power engineer in Vancouver’s education sector said his wife doesn’t work and they have a six-month-old baby so affording rent and groceries would be tough if he lost two weeks’ wages.

The possibility of infection is a daily worry and he is taking every precaution when meeting with contractors, co-workers and others on the job, which requires the maintenance of boilers and heating systems.

“I’m just dodging the bullet,” he said in an interview.

Badesha is counting on the British Columbia government to create a sick-leave program that would encourage workers to stay home and look after themselves while also protecting others in the community.

“It would also be productive for companies, and people would be mentally more secure,” he said.

In B.C., a public health order can be issued that requires workplaces to shut down if three or more employees have tested positive for COVID-19.

Premier John Horgan has said the province is considering its own sick-leave program after the federal government failed to bring in a national one that would fill in the gaps of the Canada Recovery Sickness Benefit.

Employees should have the confidence of getting paid when they’re ill instead of being forced to go to work and potentially causing outbreaks, Horgan said.

Ontario introduced measures Wednesday providing all workers with three paid sick days to help them take time off to self-isolate during the pandemic, with a plan to reimburse businesses for the cost.

British Columbia Labour Minister Harry Bains said the province is trying to strike a balance between the needs of workers who sometimes can’t take a single unpaid day off even to wait for COVID-19 test results and businesses that are trying to stay afloat.

“How do we ensure that our workers can stay home when they’re sick and at the same time they don’t lose pay? And also looking at the employer side, they’re hurting right now. How do we make sure that we don’t put the economic burden on them as much either?”

Bains couldn’t say how many paid sick-leave days the province’s program would provide, but he said it’s partnering with WorkSafeBC and plans to unveil a plan in the coming days.

B.C. is considering a long-term solution beyond the federal program, which expires in September, Bains said.

Laird Cronk, president of the BC Federation of Labour, said the federal program requires employees to wait several weeks to find out if they qualify for lost wages of $450 a week after taxes, which is less than the province’s minimum wage.

“For a new worker who just started working this year, if you didn’t make $5,000 last year you don’t qualify,” he said.

“Probably one of the most glaring deficiencies of the federal program is a provision that says you have to be off at least half of the work week. So for a Monday-to-Friday full-time worker, one minute after lunchtime on Wednesday if you get COVID symptoms and have COVID, you’re not covered that week.”

Cronk is calling for 10 days’ sick leave every year, to be paid by employers who would get a 75 per cent wage subsidy if they can show they endured financial hardship due to the pandemic.

Over 90 per cent of workers in B.C. earning $30,000 or less a year do not have a sick-pay plan, Cronk said, adding many of those are doing essential jobs in grocery stores, warehouses and food processing plants.

“Workers will be going to work today, undoubtedly, with symptoms because they’re worried about the economic impact of not going to work,” Cronk said.

Tony Singh, owner of the grocery chain Fruiticana, which has 15 stores in B.C. and three in Alberta, said over a third of his 60 warehouse employees have been in quarantine and he paid them all two weeks’ wages while they were off.

It would be up to franchisees running the stores to decide on sick leave at the chain’s retail outlets, he said.

However, Singh said while grocers have fared well during the pandemic, other businesses have struggled to survive, so it’s up to the government to bring in legislation to protect all employees and those trying to keep their companies going.

Anita Huberman, CEO of the Surrey Board of Trade, said 14 days’ sick leave would be most beneficial for workers in the city, where a third of the land base is agricultural and employs many foreign workers and newcomers to Canada.

“The most efficient sick-leave program would be one that requires employers to automatically pay workers when they’re sick and then the employer is compensated by the government immediately. And there has to be a mechanism online for application by the employer so they’re not compromised on their bottom line either.”