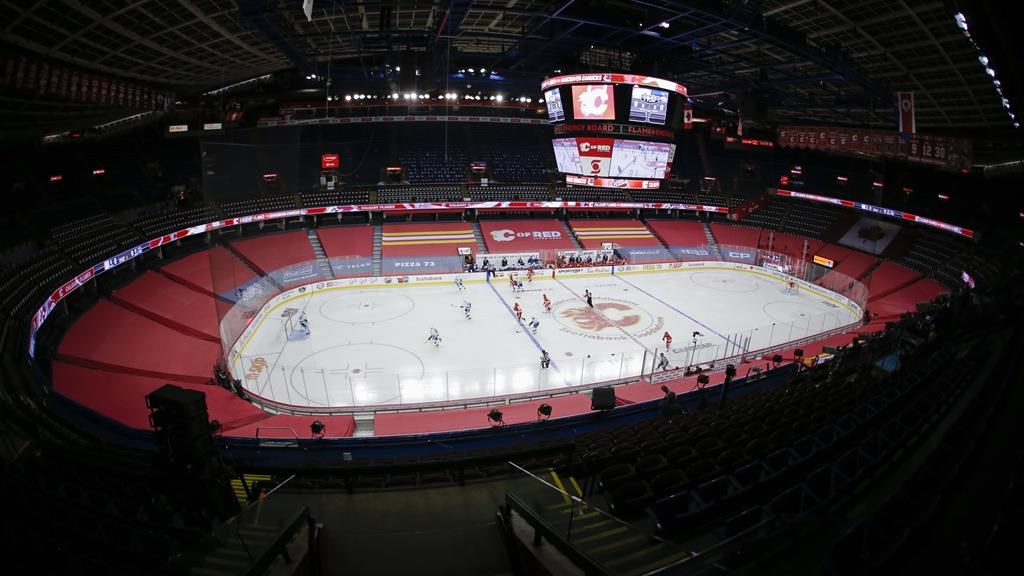 CALGARY â€” Work on a new arena for the National Hockey League’s Calgary Flames has been put on hold due to budgetary issues.

The Calgary Municipal Land Corporation says it made a presentation to city council at a closed-door meeting earlier this week.

Corporation president and CEO Kate Thompson says there is a difference between the current $550-million budget estimate and the program requirements for the venue, which would replace the nearly four-decade-old Saddledome.

Last summer, the corporation said it aimed to begin construction this August, with a targeted 2024 completion date.

The city and Calgary Sports and Entertainment, which owns the Flames, agreed in 2019 to split the cost of the new building on a parcel of land just north of the Saddledome east of downtown.

Thompson says given the significance of the project, the parties have agreed to allow more time to resolve the challenges.

“The decision to take this pause is the responsible and prudent approach to ensure we find the best solutions to move the project forward successfully, without incurring any additional costs on the project while these discussions progress,” she said in a statement Wednesday.

“The team is working collaboratively to find a suitable path forward."