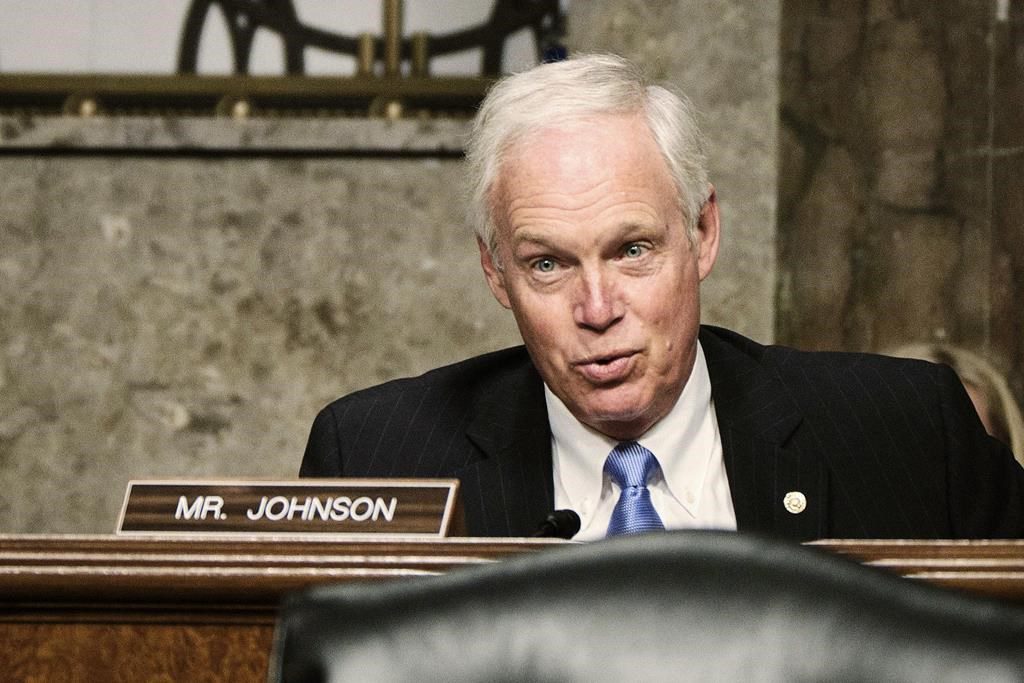 MADISON, Wis. (AP) — Republican Sen. Ron Johnson on Thursday said he remains undecided about seeking a third term in 2022, stopped short of recommending people be vaccinated for the COVID-19 virus and refused to blame former President Donald Trump for the Jan. 6 Capitol insurrection.

Johnson, one of Trump’s most vocal supporters, is a top target of Democrats nationally in battleground Wisconsin. Several Democrats have already entered the race, while many potential Republican candidates are waiting on Johnson.

“I’m undecided,” Johnson said during a Milwaukee Press Club virtual event when asked which way he was leaning. As he’s said for months, Johnson repeated that he felt no pressure to decide any time soon, noting that he didn’t get into his first race in 2010 until seven months before the election.

“I had plenty of time at that point in time,” Johnson said, adding that his “primary goal” was to keep the seat in Republican control.

“I’m going to do nothing to hamper our ability as the Republican Party to retain this U.S. Senate seat,” Johnson said.

Johnson disagreed with his former colleague.

“I like Paul, but I think he, as many others, are just misdiagnosing the situation here,” Johnson said. Trump’s election was a continuation of the tea party movement that Johnson grew out of, the senator said.

Johnson dodged the question of whether he thought Trump, who urged his supporters on Jan. 6 to “fight like hell” to overturn his defeat and to march to the Capitol, bore any responsibility for the riot that ensued. Johnson said he had an opinion, didn’t say what it was, but said he didn’t think it rose to an impeachable offense.

“I think the American public generally has a view of what President Trump’s role was, and they can judge that for themselves,” he said. “I actually blame the perpetrators of the crime. I blame the agitators, the provocateurs, or whoever really kind of led the assault and the breach on the Capitol.”

Johnson said he opposed the Democratic effort to create a commission to study what happened because he didn’t trust House Speaker Nancy Pelosi “to investigate her own involvement in this thing, or her own culpability or any congressional leaders’ culpability in this.”

He reiterated his previous comments that he viewed Trump supporters as “God-fearing, country-loving, law enforcement-supporting individuals.” When a journalist on the panel said that many Democrats would say the same thing, Johnson responded, “That’s fine, let them.”

Johnson also refused to recommend that people get vaccinated for the coronavirus. Johnson, who has defended not getting vaccinated because he had the virus last fall, said he was “not for indiscriminate, mass vaccination.”

Widespread vaccination nationwide and in Wisconsin has been credited with slowing the spread of the virus, a drop in hospitalization s, ending of mask mandates and a reopening of many in-person events and workplaces.

When asked if he would recommend people be vaccinated, Johnson said, “I personally don’t think I’m in a position, not being a physician, not being a doctor, to encourage or discourage … making those kinds of recommendations.” He also opposes employers or anyone else requiring vaccinations.

“Nobody should be coerced or pressured or fear any reprisal for not taking a medical treatment, including a COVID vaccine,” Johnson said.

But he did voice support for wider use of experimental, unproven treatments for COVID-19 that he blamed national health experts for downplaying.

“My point, not being a doctor, is why wouldn’t you give it a shot?” he said of experimental treatments including the malaria drug hydroxychloroquine. “Why wouldn’t you allow people the right to try that?”

Wisconsin Democratic Party Chairman Ben Wikler accused Johnson of being a “creature of Washington” who does what is best for him and ignores what voters want.