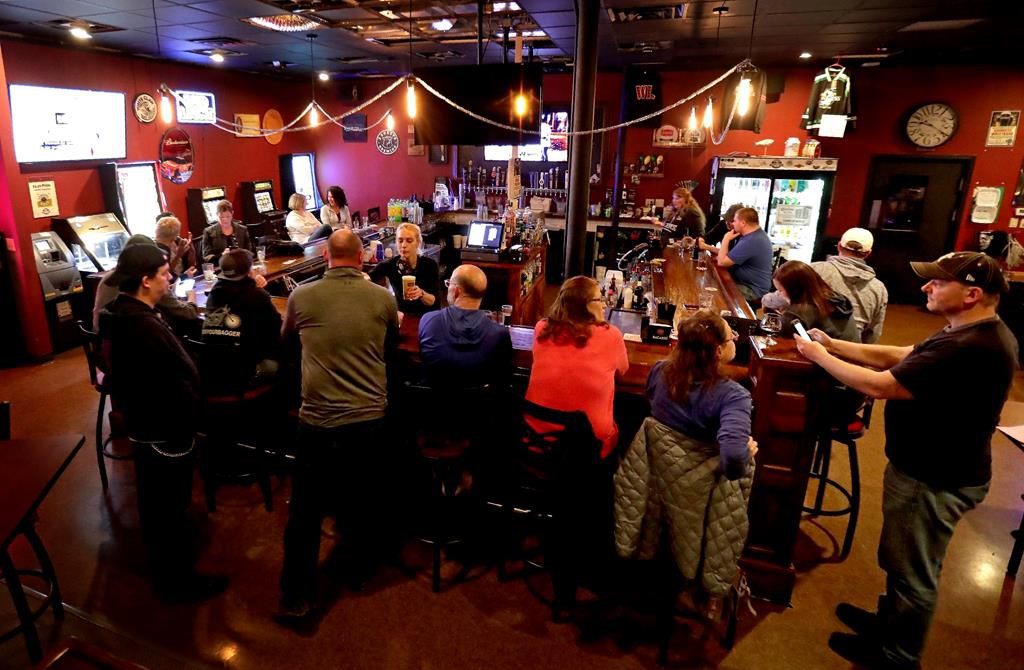 MADISON, Wis. â€” The Wisconsin Supreme Court on Wednesday ruled that Gov. Tony Evers’ administration does not have the authority to issue capacity limits on bars, restaurants and other businesses without the Legislature’s approval, a ruling that comes two weeks after the conservative-controlled court struck down the state’s mask mandate.

The state Supreme Court also ruled last year in a similar case that the Democratic governor needed the approval of the Legislature, which is controlled by Republicans, to issue an emergency declaration that shut down businesses early in the coronavirus pandemic.

There has not been a statewide capacity limit restriction in place since October. That order limited the size of indoor public gatherings to 25% of a building’s or room's occupancy or 10 people in places that don't have an occupancy limit. The on-again, off-again order was blocked by a state appeals court that month.

The Supreme Court ruled 4-3 on Wednesday that the order issued by Evers’ Department of Health Services meets the definition of a rule, which by law must go through the Legislature. The court’s four conservative justices ruled against Evers, while three liberals dissented.

Justice Ann Walsh Bradley, writing for the dissent, said the emergency order did not meet the definition of a rule and the Evers’ administration did not have to "go through the cumbersome rulemaking process.”

"At a time when public health experts are imploring pandemic-weary Wisconsinites to stay vigilant, a faulty statutory analysis once again leads this court to undermine public health measures," Bradley wrote.

The case was brought by the Mix-Up Bar in Amery and Pro-Life Wisconsin, a group that opposes abortion rights. They argued that the court’s 2020 ruling blocking the governor’s safer at home order set a precedent that requires such moves to be approved by the Legislature.

Assistant Attorney General Colin Hector, representing the Evers administration, said during oral arguments in December that ordering capacity limits was allowed under existing powers of the health department to address public health emergencies, as well as the court's previous decision.

Misha Tseytlin, attorney for the Mix-Up Bar and its owner, said in an email that the goal of Evers and Attorney General Josh Kaul, who is also a Democrat, was to have the court issue "a blank check to devastate any business, at a moment's notice." He said the ruling showed that a “small, family-owned restaurant like the Mix Up can stand up to a powerful Governor and Attorney General and win when the law is on its side."

Spokeswomen for Evers and Kaul did not immediately reply to messages seeking comment.

Even without statewide limits on capacity, there are local ordinances in effect in some places putting a cap on how many people can gather indoors. However, those have been loosening as more people get vaccinated.

Although vaccinations are on the rise, so too are COVID-19 cases. The seven-day average of daily cases, which was fewer than 400 in mid-March, has doubled in Wisconsin over the past month and stood at 794 as of Tuesday, according to the state Department of Health Services.

This story was updated to correct the spelling of Misha Tseytlin’s name.