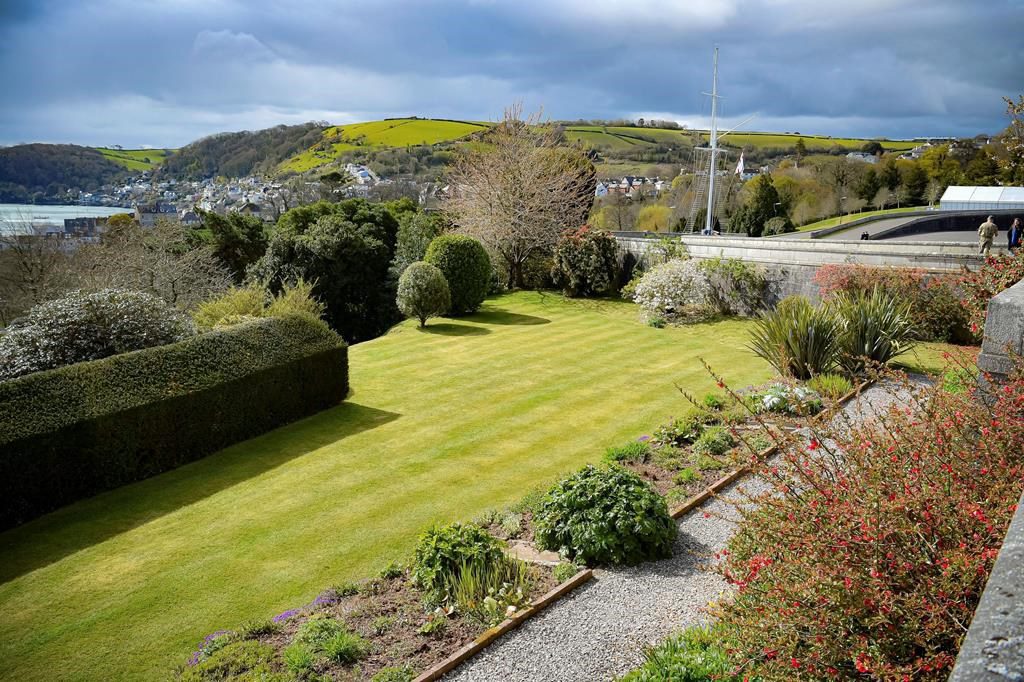 The brothers issued separate statements amid a family rift that led to Harry’s decision to step away from royal duties last year, and some have speculated that their grandfather’s funeral may offer an opportunity for them to talk over their differences. Philip, who had been married to Queen Elizabeth II for more than seven decades, died last week at 99.

William, who is second in line to the throne, honoured Philip’s lifetime of service to the queen and the United Kingdom as he remembered his grandfather’s "mischievous sense of humour."

"My grandfather was an extraordinary man and part of an extraordinary generation,'' said the 38-year-old William. "Catherine and I will continue to do what he would have wanted and will support The Queen in the years ahead. I will miss my Grandpa, but I know he would want us to get on with the job.?

Harry, who stepped away from royal duties last year and now lives in California, has arrived in the U.K. to attend Philip’s funeral service, which will take place Saturday at Windsor Castle, west of London. His wife, Meghan, Duchess of Sussex, is pregnant and was advised by her doctor not to make the long journey.

Harry's statement described Philip as a man who was "authentically himself.?

"He will be remembered as the longest reigning consort to the Monarch, a decorated serviceman, a Prince and a Duke,? said the 36-year-old Harry. "But to me, like many of you who have lost a loved one or grandparent over the pain of this past year, he was my grandpa: master of the barbecue, legend of banter, and cheeky right 'til the end.?

William and his wife also released a picture of Philip sitting in a carriage with his great-grandson, Prince George, their oldest child. Philip has the reins.

Philip's royal ceremonial funeral at St. George’s Chapel at Windsor Castle will be a slimmed-down service due the COVID-19 pandemic and will be closed to the public. Philip, who was also known as the Duke of Edinburgh, took part in planning the funeral, which has a focus on family.

As preparations for the service continue, tributes to Philip are pouring in. In the House of Commons, which was recalled early from its Easter recess because of the prince’s death, lawmakers offered their condolences.

Prime Minister Boris Johnson said Philip "shaped and protected the monarchy through all the vicissitudes" of the past seven decades.

"He gives us all a model of selflessness and of putting others before ourselves,” Johnson said. "He made this country a better place."

New Zealand, meanwhile, set the date of April 21 for a state memorial service for Philip in Wellington that will be attended by Prime Minister Jacinda Ardern and other dignitaries. Because there are no coronavirus restrictions in New Zealand, which has stamped out the spread of the virus, the service will host more people than Philip's funeral in Britain.

For all AP stories related to Prince Philip go to https:/apnews.com/prince-philip