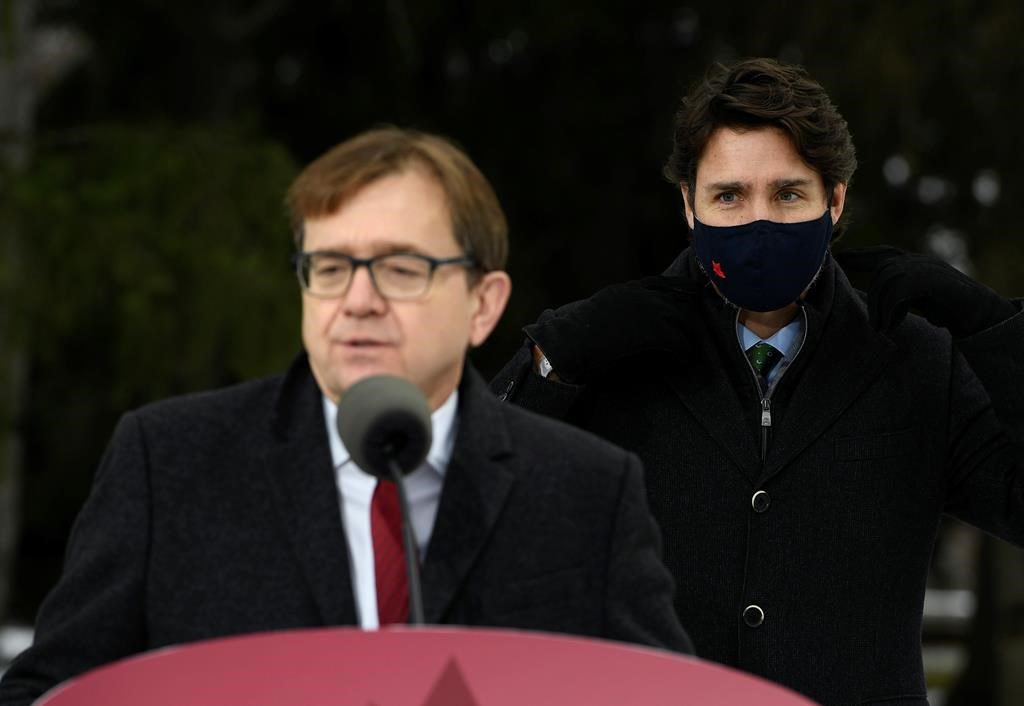 OTTAWA â€” Environment Minister Jonathan Wilkinson is urging opposition leaders to end stalling tactics on a bill that would require the federal government to set legally binding targets for reducing carbon emissions over the next 30 years.

In a letter this morning to opposition leaders, Wilkinson asks them to allow the opening round of debate on Bill C-12 to wrap up today so that it can be put to a vote and move on to a Commons committee for scrutiny and proposed amendments.

If debate does not end today, Wilkinson asks opposition leaders to consider supporting the government’s use of what he calls “the parliamentary tools available” to force an end to second reading debate.

The letter comes one day after the minority Liberal government secured the support of the NDP to impose closure on the first round of debate on another stalled bill, one that would implement the United Nations Declaration on the Rights of Indigenous Peoples.

Bill C-12 was introduced last November and has had three days of debate at different times.

Despite the fact that all opposition parties profess to support the bill in principle, Wilkinson says “procedural manoeuvres” have repeatedly delayed it.

He does not point the finger specifically at the Conservatives, who are primarily responsible for the procedural machinations that have held up a host of government bills.

“If we all agree, let us move forward,” Wilkinson writes in the letter, which includes an appended list of quotes from various opposition MPs supporting the bill in principle.

“Political leaders who support climate action should not stand idly by while it is delayed. This is not the time to procrastinate. We have a responsibility to all Canadians â€” and future generations of Canadians â€” to act now.”

Both the NDP and Bloc Quebecois have suggested the bill needs to be strengthened and Wilkinson goes out of his way to stress that he’s open to any amendments they may propose to that effect.

“We are diligently reviewing your proposals,” he says.

The push to move C-12 to committee comes one day after Conservative Leader Erin O’Toole unveiled his long-promised plan to combat climate change, which Wilkinson has dismissed as convoluted, inconsistent and ineffective.

O’Toole, who campaigned for his party’s leadership with a promise to scrap what he calls the Liberals’ carbon tax, is now proposing to levy his own price on carbon, the money from which would be put into personalized savings accounts which individuals could tap to make green purchases.

Allowing C-12 to proceed beyond the initial debate stage could be used by O’Toole to signal that he’s serious about tackling climate change â€” something that was thrown into doubt at the Conservatives’ convention last month when delegates rejected a resolution recognizing that climate change is real.

The bill would require the federal environment minister to set rolling, five-year targets for cutting carbon emissions starting in 2030 and ending in 2050, when the Liberal government has promised to achieve net-zero emissions.

It does not specify what those targets would be and would not require an actual number â€” or a plan to get there â€” until at least six months after it becomes law. The only penalty for failing to meet the targets would be a public admission of failure.

New Democrats and environmentalists have suggested the first target needs to be set in 2025, to reflect the fact that the next 10 year are critical for averting the worst consequences of climate change.