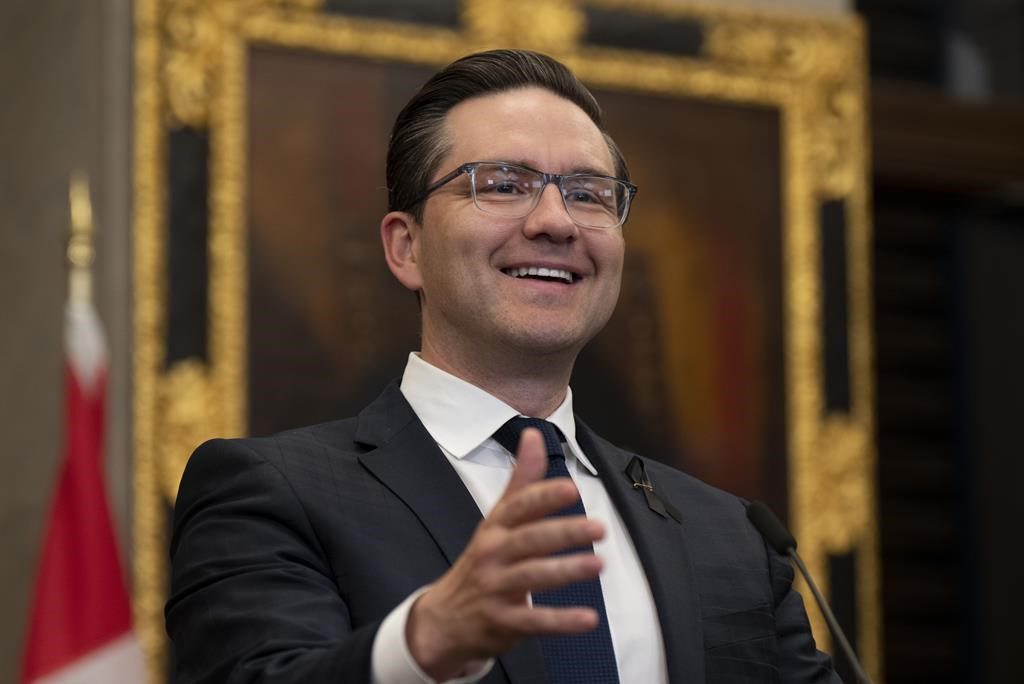 The Conservative Party of Canada has been in a period of political transition since former Prime Minister Stephen Harper lost the 2015 election. Whereas Harper’s ideology was fine tuned and his fiscally conservative approach to governance was appreciated by voters in his three electoral triumphs, his successors have been unable to recreate this magic.

This isn’t to say Andrew Scheer and Erin O’Toole, the two most recent Conservative leaders, didn’t have opportunities to defeat Justin Trudeau and the Liberals in 2019 and 2021, respectively. Both men led in the polls at times. They seemingly had the weak, ineffective PM on the ropes. Alas, neither man was able to capitalize on Trudeau’s mistakes and afforded him time to recover. They also made their own mistakes that they couldn’t reverse, which led to their own political demise.

No-one assumed that either Scheer or O’Toole would have been carbon copies of Harper. That would have been a foolish expectation in both instances. That being said, the successful political blueprint Harper left behind wasn’t properly emulated and, at certain points, seemed like it was barely read.

Well, that’s about to change. The new Conservative leader, Pierre Poilievre, will help protect Harper’s legacy, create his own political footprint and hopefully guide them back to power when the next federal election is called.

Poilievre has been an MP since 2004. He’s an intelligent, media-savvy politician who served as a cabinet minister for Harper in two portfolios, Employment and Social Development and Democratic Reform. Poilievre, like Harper, is also a staunch defender of modern Conservative values à la Ronald Reagan and Margaret Thatcher. He supports smaller government, lower taxes, greater individual rights and freedoms, a more muscular foreign policy and giving power back to the people. He champions fiscal prudence and free speech, and opposes fiscal irresponsibility and cancel culture.

This type of platform would have been enough to win the Conservative leadership. Poilievre, to his credit, also looked beyond the party’s traditional voting base and focused on non-Conservative individuals and communities.

He used outside-the-box issues (for Conservatives) like affordable housing and cryptocurrency, for instance. He created videos with common sense messaging about the escalating costs of food and crippling mortgage payments that appealed to Canada’s middle class. His critiques of elites and “gatekeepers” in society appealed to young voters, political independents and, believe it or not, the apolitical.

Canada’s political analysts, especially the left-leaning ones, attempted to label Poilievre’s campaign as “far right” or “extreme.” They disliked his straightforward, no-nonsense political messaging as pablum for red meat Conservatives. They were furious about his support for the basic principles of the pro-trucker Freedom Convoy, and claimed without foundation that he was trying to divide Conservatives and Canadians. They promoted the campaign of his main political rival, Jean Charest, a left-leaning Red Tory who was a former federal PC leader and Quebec Liberal premier, as the true voice of traditional, moderate Canadian conservatism.

Guess what? It didn’t work.

Poilievre overwhelmingly won on the first ballot. He earned 68.15 percent of the vote based on the weighted points system the Conservatives use for leadership races. (Each political riding was assigned a certain number of points. The maximum number was 100 points for a riding with at least 100 party members. In ridings with less than 100 members, one point was allotted per vote cast.) Charest was light years behind in second place with 16.07 percent, followed by Conservative MP Leslyn Lewis at 9.69 percent, Independent Ontario MPP Roman Baber at 5.03 percent and Conservative MP Scott Aitchison at 1.06 percent.

He also earned 70.7 percent of the popular vote – and, most impressively, 330 of the 338 electoral ridings. Long story short, it was one of the most definitive victories in a party leadership race in Canadian political history.

After all the fantastical, made-up claims that the Conservatives were on the verge of splintering or fracturing, this result proved the party membership was more united than ever behind his leadership. While winning a federal election is a different task than a leadership race, he’s more than up to the challenge.

Poilievre assembled a strong team in the leadership race, and will undoubtedly build an equally strong team as Official Opposition leader. He’s a strong orator and communicator who impeccably understands the ins and outs of politics. He has a solid strategic mind and true understanding of the political mindset of many Canadian voters. His wife, Anaida, who was born in Venezuela, is intelligent, kind, energetic, hard-working – and a significant political asset. He’ll work hard to grow the non-traditional Conservative vote just like Harper did, because that’s the only viable route to victory in Liberal Canada.

The future looks bright for the new Conservative leader, the Conservative Party – and Canada’s conservative movement. Which means this frustrating period of political transition may be finally drawing to a conclusion.