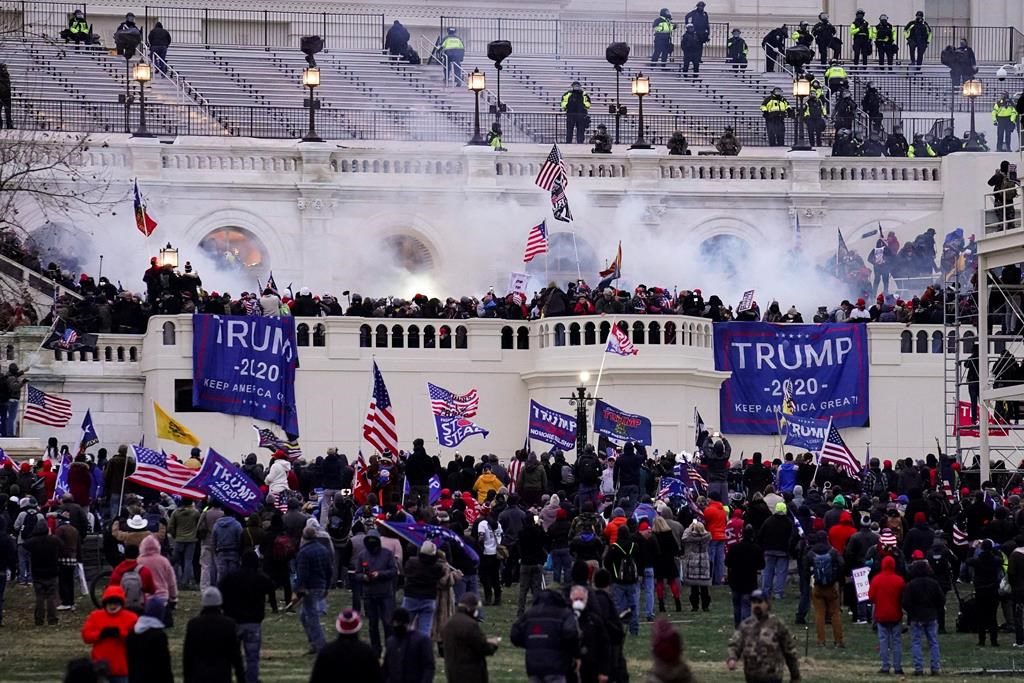 WASHINGTON â€” More than three months after the Jan. 6 insurrection at the Capitol, Congress is still trying to figure out how to move forward and prevent future attacks.

While the Senate has already heard testimony from law enforcement leaders who were responsible for failures during the riot, several more committees are examining possible changes to the Capitol Police and a restructuring of the Capitol Police security command. House Speaker Nancy Pelosi announced last month that seven House panels would be probing the attack after hopes faded for setting up an independent, bipartisan commission.

Information continues to emerge about what happened that day, when hundreds of supporters of now-former President Donald Trump broke into the Capitol in a bid to overturn his election defeat. A new report from The Associated Press reveals previously unknown details about the fear and panic inside the building, including an urgent call from Vice-President Mike Pence asking the Pentagon to clear the Capitol.

New security concerns emerged on April 2 after a man rammed his car into two Capitol Police officers outside the Capitol, then emerged from his car with a knife. Police fatally shot the man, described by his family as suffering from delusions. One of the officers, William "Billy" Evans, died from his injuries and will lie in honour in the Capitol Rotunda on Tuesday.

What's next as Congress reviews the failures of Jan. 6 and beyond:

FIGURING OUT THE FENCE

A top priority for lawmakers is deciding what to do with the tall black fence that has surrounded the Capitol since Jan. 6 â€” a stark symbol of the fear and uncertainty in the wake of the attack.

Capitol Police have already removed an outer layer of fencing that had cut off traffic and pedestrians from the area. But a tight inner perimeter remains, preventing most visitors from approaching the building.

Lawmakers in both parties chafe at the fencing and what it represents, arguing that the Capitol should always be open to the people it represents. But police and other security leaders say they need to continue their reviews and ensure the Capitol is safe before taking the fencing down.

The House Administration Committee, which is led by California Rep. Zoe Lofgren and oversees the Capitol Police, is holding a hearing Thursday to examine an internal agency report looking at the mistakes that were made. A separate panel led by Ohio Rep. Tim Ryan is probing the insurrection and questioning law enforcement leaders about how to move forward.

Capitol Police officers bore the brunt of the violence on Jan. 6, engaging in hand-to-hand combat with a violent mob that was able to push past them and break into the building. One officer, Brian Sicknick, died after engaging with the protesters, and another took his own life in the days afterward.

"This has been a very, very traumatic time for this force," Ryan said after Evans' death.

One change that seems likely in the coming months is a restructuring of the security command in the Capitol.

Before and during the insurrection, then-Capitol Police Chief Steven Sund was hampered by an antiquated chain of command that required him to clear decisions about calling National Guard troops with the heads of House and Senate security and the architect of the Capitol, who together form the Capitol Police Board. Sund and the two security heads were forced to resign immediately afterward.

Lawmakers in both parties have said they'd like to see changes to the board to give the Capitol Police chief more power.

Senate Rules Committee Chair Amy Klobuchar, D-Minn., said after one of her committee's hearings on the riots that "a lasting image" she will take of Jan. 6 is Sund calling the two sergeants-at-arms for approval for his decisions after the violence had already begun. "The Capitol Police board clearly needs some reform," she said in March.

The Senate Rules Committee and the Senate Homeland Security and Governmental Affairs Committee are conducting interviews about the insurrection and are expected to issue a joint report with recommendations by the end of April, Klobuchar said.

The House Intelligence Committee is reviewing why Capitol Police were so massively unprepared for the hundreds of Trump supporters who pushed past them and broke in. Many of the rioters had openly planned their moves online.

Lawmakers have grilled law enforcement officials about the missed intelligence before the attack, including a report from an FBI field office in Virginia that warned of online posts foreshadowing a "war" in Washington. Sund has said he was unaware of the report at the time, even though the FBI had forwarded it to the department.

House Intelligence Committee Chair Adam Schiff, D-Calif., says his committee is focused on three central questions: "What intelligence was missed, how was intelligence shared and was the intelligence acted upon?"

Pelosi has said Democrats will propose additional spending for post-Jan. 6 improvements within the coming weeks. She has said the legislation will be designed "to harden the Capitol, to increase the personnel, to make judgments about the fencing."

That legislation, which she said Sunday is "just about ready," will force a debate on many of the outstanding security questions.

"We want to make sure that it is the appropriate amount, nothing less than we need but nothing more than we need, and appropriately prioritized to again open up the Capitol," Pelosi said on CBS’s "Face The Nation."