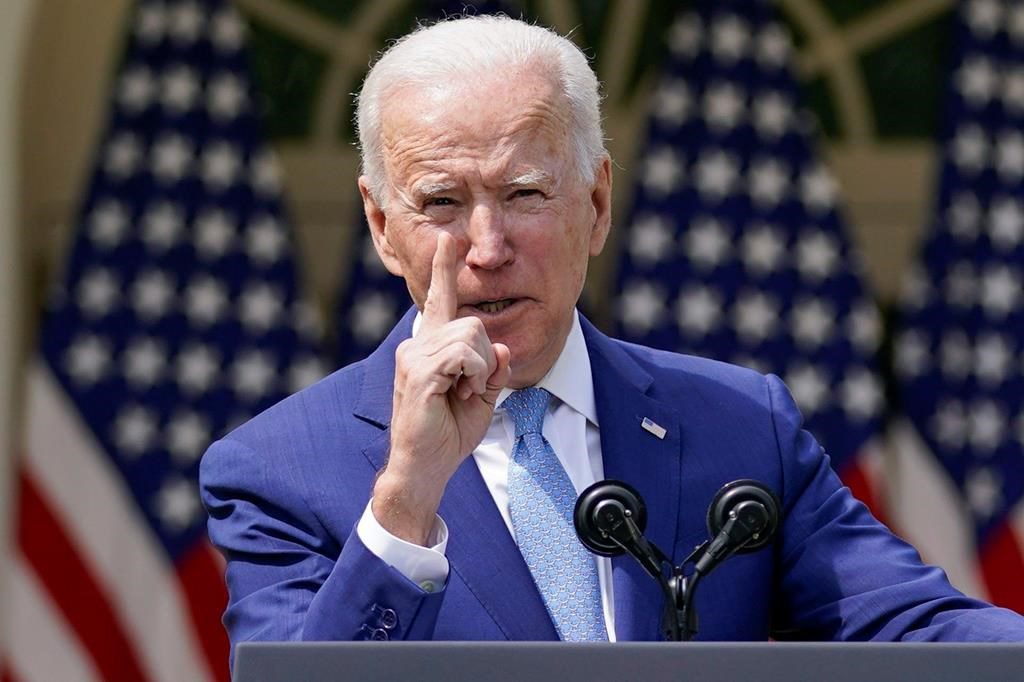 WASHINGTON â€” President Joe Biden is putting the finishing touches on his first address to a joint session of Congress, a prime-time speech on Wednesday night on the eve of his 100th day in office. Biden will use the speech before lawmakers and a broader viewing audience to talk about what he’s accomplished in the opening months of his presidency and to lay out his other domestic and foreign policy priorities.

WHEN AND WHERE CAN I WATCH OR LISTEN TO BIDEN?

The speech is set for 9 p.m. EDT and will be broadcast by the major networks and cable news TV channels. The White House plans to stream it at WH.gov/live, as well as on its YouTube, Facebook and Twitter pages. Live coverage will also be provided by C-SPAN, C-SPAN Radio and C-SPAN.org. NPR is streaming the speech on its website, npr.org, and on its app, in addition to offering live coverage to its member radio stations.

HOW WILL THE SETTING BE DIFFERENT BECAUSE OF THE PANDEMIC?

Attendance is limited to allow for social distancing, meaning there won’t be any visuals of lawmakers and others sitting shoulder to shoulder during the address. Just about 200 of the 535 members of Congress received tickets to attend and they aren’t allowed to bring guests.

The majority of Biden’s Cabinet members will listen from home. Just Secretary of State Antony Blinken and Defence Secretary Lloyd Austin will be on hand to represent the executive branch of government. Chief Justice John Roberts will represent the judicial branch, with other Supreme Court justices similarly staying away.

With guests banned this year, some lawmakers â€” House Speaker Nancy Pelosi among them â€” have invited "virtual" guests.

Everyone will wear a mask, a current requirement for the House chamber. Biden will wear one for the president’s traditional walk down the centre aisle to the rostrum, but he’ll take it off to deliver the speech, the White House said.

WHAT WILL WE LEARN ABOUT BIDEN’S PRIORITIES?

Biden is expected to outline details of his American Families Plan, another big piece of legislation he wants Congress to pass.

The plan is expected to focus on so-called human infrastructure â€” child care, health care, education and other ways to support households. Biden wants to pay for it by hiking taxes on very high-income households.

The president is also expected to discuss his ideas for getting the pandemic under control and putting people back to work. He’ll also talk about changes to policing in America, immigration and gun safety, among other topics, in addition to his foreign policy vision. Legislators are waiting to hear how Biden prioritizes his goals.

WHAT ABOUT THE FIRST LADY?

First lady Jill Biden will attend, but don’t expect the president to look toward her box in the gallery and give shout-outs to special guests seated with her to help humanize particular policies. That tradition has been set aside due to limits on the number of people who can be in the House chamber.

Instead, Jill Biden’s guests â€” all with personal ties to her husband’s policies or plans â€” will be watching remotely after being honoured in the afternoon with a virtual reception. The White House will livestream that event at 4 p.m. EDT.

WILL THERE BE ANY ANTICS?

Partisan tensions have deepened at the Capitol since the Jan. 6 insurrection, but it’s impossible to know who might throw decorum to the wind and misbehave.

Who expected Republican Rep. Joe Wilson of South Carolina to shout "you lie!" at Democratic President Barack Obama during a 2009 speech to a joint session of Congress? Or Pelosi to tear up her copy of President Donald Trump's State of the Union speech after he finished last year and she stood behind him on the rostrum?

SPEAKING OF THE ROSTRUM …

History will be made there when, for the first time, two women will form the backdrop for a presidential address to Congress.

Pelosi will return to her seat on the rostrum. Joining her will be another California Democrat â€” Harris in her role as president of the Senate. Harris is the first woman, Black person and Indian American to be vice-president.

WHICH REPUBLICAN DELIVERS A REBUTTAL TO BIDEN?

The task was assigned to South Carolina Sen. Tim Scott, the Senate’s only Black Republican. Scott, 55, who joined the Senate in 2013, has become a leading GOP voice on race and criminal justice reform issues, two issues Biden is expected to discuss.