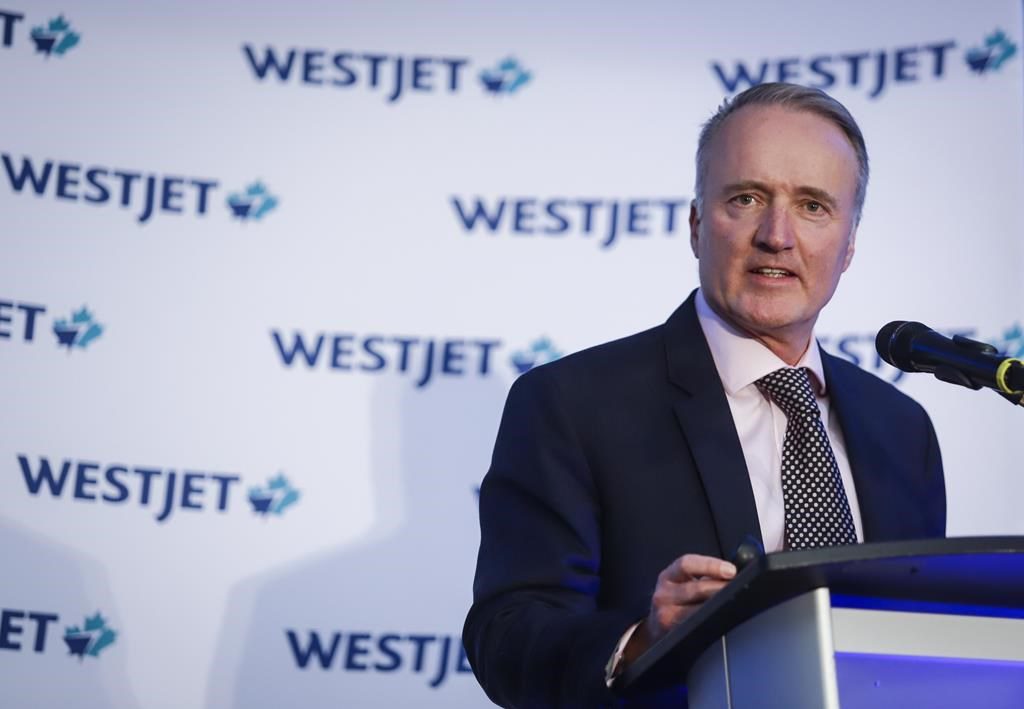 OTTAWA â€” WestJet CEO Ed Sims says the federal government’s aid package for Air Canada could be “problematic” unless his company gets equitable treatment, as talks over pandemic relief continue between Ottawa and Canadian carriers.

In a memo obtained by The Canadian Press, Sims tells employees the government is now the fourth-largest shareholder in their biggest competitor, spurring him to insist on comparable terms at the negotiating table.

He says it was “bittersweet” to learn of a pandemic relief deal that grants Air Canada up to $5.4 billion in loans plus a six per cent equity stake in the company in exchange for pledges to refund passengers, restore regional routes and maintain current job levels.

Travel restrictions introduced through the beginning of the COVID-19 pandemic have been catastrophic for the airline sector, as passenger numbers and profits plummeted and tens of thousands of workers lost their jobs.