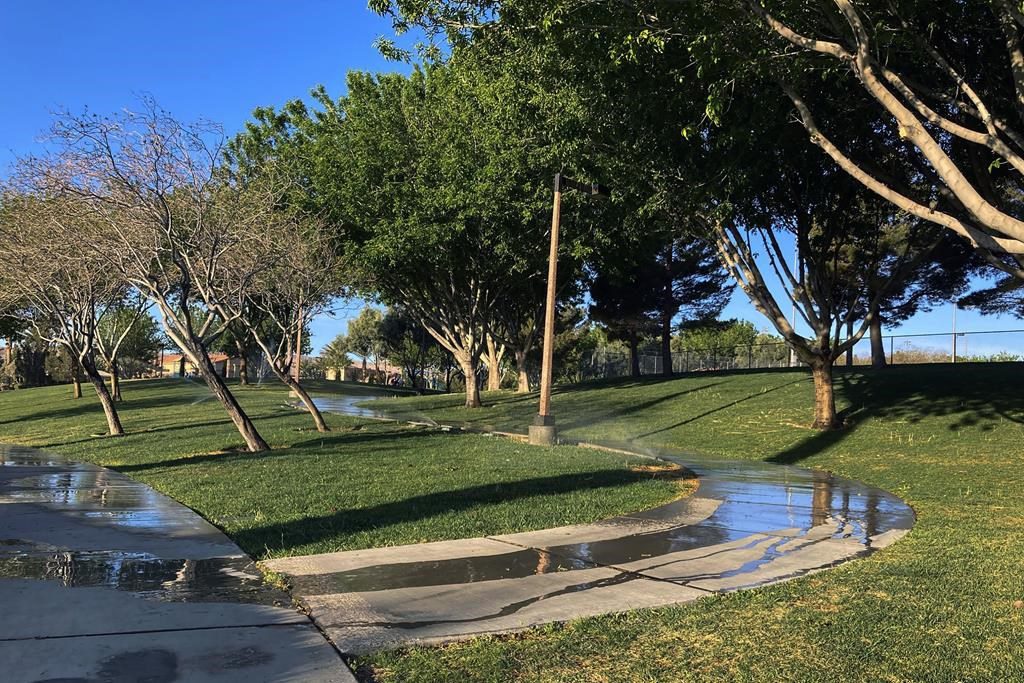 SALT LAKE CITY (AP) — A group of 30 agencies that supply water to homes and businesses throughout the western United States has pledged to rip up lots of decorative grass to help keep water in the over-tapped Colorado River.

Water agencies in Southern California, Phoenix and Salt Lake City were among those that signed an agreement Tuesday outlining broad commitments to cutting water use. Beyond reducing ornamental grass by 30%, the agencies say they’ll boost water efficiency, add more water recycling and consider actions like changing how people pay for water to encourage savings.

“Recognizing that a clean, reliable water supply is critical to our communities, we can and must do more to reduce water consumption and increase reuse and recycling within our service areas,” read the memo.

The agreement did not include details about the amount of water the agencies were collectively committing to save, but cities account for about one-fifth of Colorado River water use. The rest goes to agriculture.

“Cities — the 20% — can’t solve the math problem. But we can certainly contribute to solving the problem,” said John Entsminger, the Southern Nevada Water Authority’s General Manager.

The commitments, light on details, could spur agencies to offer payment for property owners to tear out grass and replace it with drought-tolerant desert landscaping.

The turf targeted for removal is grass that nobody walks on — in front of strip malls, in street medians and at the entrances to communities governed by home owners associations. It does not include grass used for recreation in golf courses, backyards or parks.

The commitment to tear out 30% marks the first time water agencies throughout the region have collectively committed to a numerical benchmark targeting one specific kind of water use. It comes as the states scramble to reduce their consumption to meet demands from federal officials who say cuts are needed to maintain river levels and protect public health, food systems and hydropower.

The letter adds additional signatories to an earlier agreement five large water districts reached in August. Water agencies in Albuquerque, Las Vegas and Denver are among those who signed.

Denver Water spokesperson Todd Hartman said the city hoped to replace roughly 75 million square feet (7 million square meters) of non-functional turf but didn’t share how much water that would conserve. He said the agency hopes to roll out programs by 2024.

No matter the savings, the new commitments will amount to far less conservation than is needed to keep water flowing through the Colorado River and prevent its largest reservoirs from shrinking to dangerously low levels.

Phoenix wants its program up and running by the spring; it will be the city’s first time offering payment for people to rip up grass, said Cynthia Campbell, the city’s water resources management adviser. Even without a program, lots of people have removed grass anyway. In the 1970s, about 80% of homes had grass covering most of their property; today, it’s 9%, but that doesn’t include the sprawling suburbs outside of city boundaries, she said.

Like others, she stressed that water savings from cities won’t solve the river’s problems.

“There is no level of municipal conservation in the entire western United States that could make up for the water that’s going to be needed to be” conserved, she said. But, “we are giving till it hurts, as much as we possibly can.”

The letter doesn’t include any commitments from agriculture, which uses about 80% of the allocated water in the seven states that rely on the river — Arizona, California, Colorado, Nevada, New Mexico, Utah and Wyoming.

Lake Powell and Lake Mead, the river’s two main reservoirs, are each about a quarter full.

In June, U.S. Bureau of Reclamation Commissioner Camille Touton warned the states needed to dramatically cut their use, but amid squabbles over who would shoulder what burden, officials failed to answer her call. The bureau has since offered varying levels of payment for water districts to reduce their use, through things like leaving farm fields unplanted or asking urban residents to use less at home.

Proposals for some of that money are due Nov. 21.

Well-manicured grass has long been a totem of American suburban life, having taken root alongside streets, around fountains and between the walkways in office parks. But the shift away from it has already begun in some places.

The Metropolitan Water District of Southern California, which supplies water for half of California’s residents, in October urged cities and water agencies in its territory to ban the addition of any new decorative grass in business parks and public spaces. The agency was among the signatories of the letter.

Southern Nevada has for decades used a mixture of cash incentives and fines to discourage grass watering and limit both functional and non-functional turf. The agreement has little effect on the area because a state law passed last year requires 100% of the non-functional turf be torn out in the Las Vegas area by 2026.