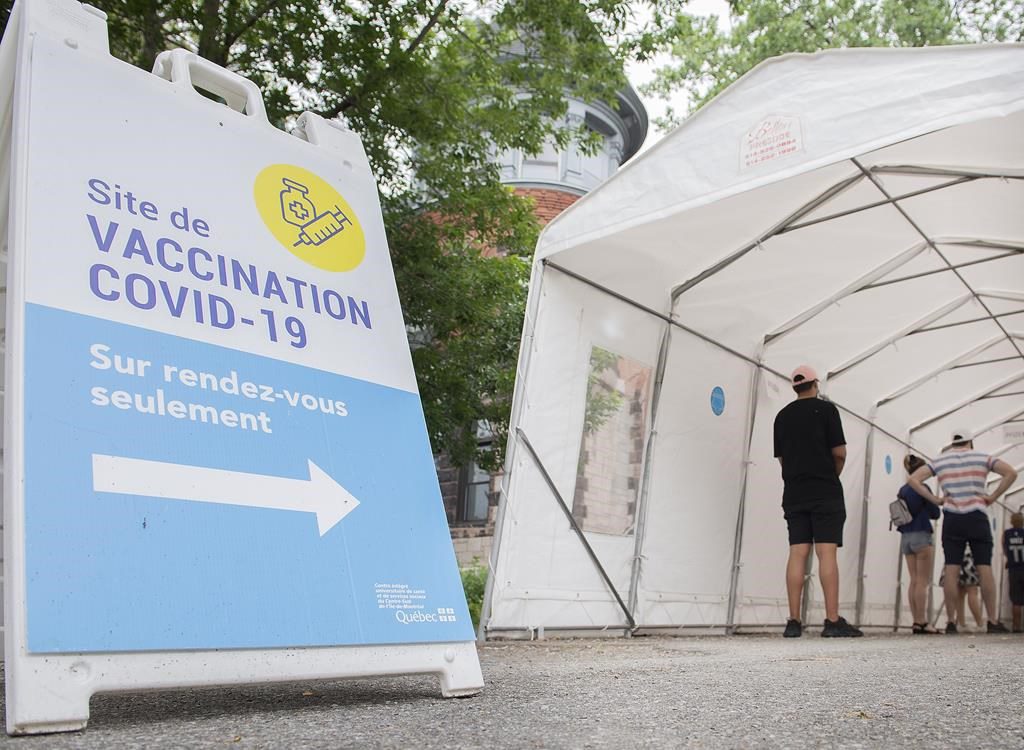 OTTAWA — A summery weekend across much of Canada is bringing even better news as many parts of the country are reporting their smallest number of new COVID-19 infections in months.

Ontario and Quebec are leading the way, reporting fewer than 900 new cases between them and their lowest numbers since last fall.

Quebec is reporting only 179 new infections and the first day with no new deaths since September, though deaths are often reported later.

Atlantic Canada was also reporting relatively low numbers, with 12 new cases in Nova Scotia today and fewer than 10 in the rest of the region.

Canada’s chief public health officer Dr. Theresa Tam issued a statement noting the “strong and steady” decline in new cases following a deadly third wave of COVID-19 infections through much of the spring.

Some parts of the country nonetheless continue to struggle with high levels of infection, including Manitoba where nearly 500 cases were reported on Saturday and Sunday combined.