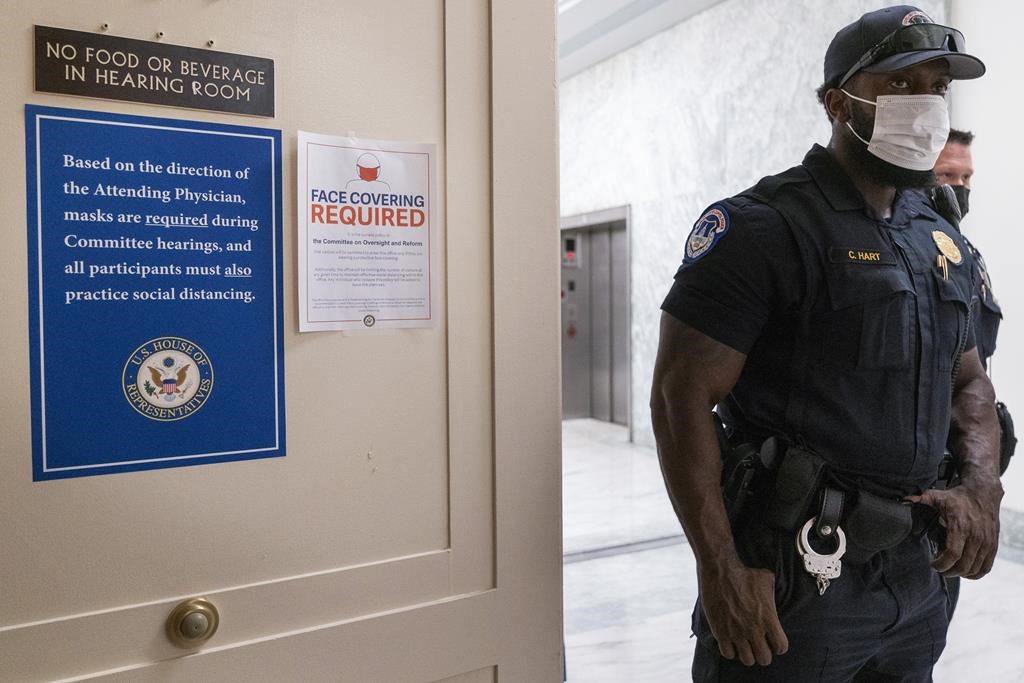 WASHINGTON (AP) — In the face of rising regional COVID-19 infection numbers, the nation’s capital is returning to mandatory indoor mask requirements, regardless of vaccination status.

Washington, D.C., Mayor Muriel Bowser says the new regulations will kick in on Saturday and apply to everyone over age 2.

“I know that D.C. residents have been very closely following the public health guidelines, and they will embrace this,” Bowser said on Thursday. “We will continue to do what is necessary to keep D.C. safe.”

The announcement didn’t come as a surprise considering rising local infection numbers and fresh guidance from the Centers for Disease Control and Prevention, which now encourages vaccinated people to wear masks indoors in areas classified as having “substantial community transmission” levels. That includes Washington and the neighboring Virginia communities of Loudoun County and Alexandria. The city of Alexandria recently took the step of encouraging indoor masks for everyone, but has not made masks mandatory.

Just before Bowser’s announcement, the Smithsonian network of museums announced that it would unilaterally require all museum visitors to wear masks, regardless of vaccination status.

The city’s public health emergency expired this week, but a general state of public emergency remains in place, empowering Bowser to impose the new restrictions. She said the only exception to the mask requirement is when people are “actively eating and drinking,” but added that the city is not imposing any fresh limits on capacity or indoor social distancing.

Health Director Dr. LaQuandra Nesbitt said the new precautions will be paired with a renewed vaccination push, offering incentives to help boost lagging vaccination rates in Washington’s Black community. Nesbitt said that the city’s daily case rate had jumped fivefold in July but that vaccinations appear to be having a positive effect. Infections among vaccinated people, known as “breakthrough” cases, have constituted less than 1% of infections in recent months.

“The vaccines are working as they were expected to do,” Nesbitt said. “They continue to prevent severe illness, hospitalization and death.”

Bowser said she didn’t expect the mask mandate to be too much of a hardship for D.C. residents, whom she credited with remaining generally cautious even when the infection numbers declined over the spring and early summer.

Bowser said the city was also strongly encouraging and incentivizing — but not yet requiring — D.C. government employees to get vaccinated. A recent voluntary internal survey of government employees received responses from just over half of city employees, and 92% of those respondents reported that they were fully vaccinated. Without getting into details, Bowser said the next step was “sitting down and having some very serious discussions with our labor leaders as to how we go forward.”