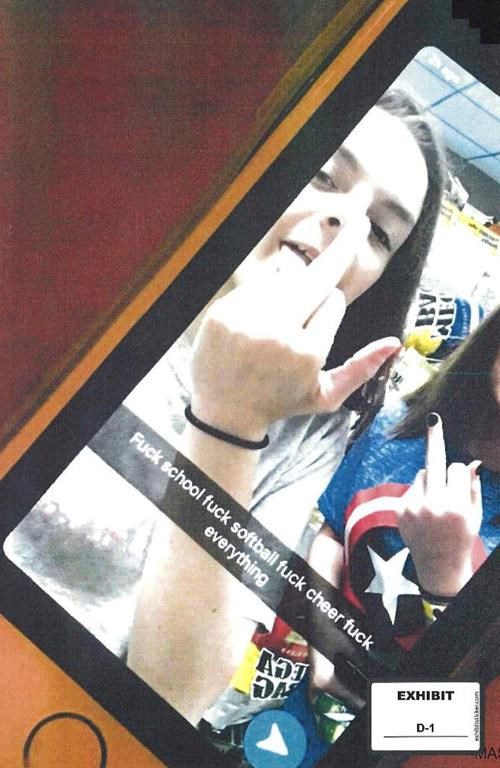 WASHINGTON â€” A wary Supreme Court on Wednesday weighed whether public schools can discipline students for things they say off campus, worrying about overly restricting speech on the one hand and leaving educators powerless to deal with bullying on the other.

The justices struggled to fit the need to protect students’ political and religious expression with the ability of schools to get at disruptive, even potentially dangerous, speech that occurs outside the school setting.

In one of many examples members of the court offered, Justice Elena Kagan described boys who keep a sexually charged online ranking of girls based on their looks. "You can’t put people in jail for commenting on people's appearance, but shouldn’t a school be able to deal with it?" Kagan asked.

The court tested out possible outcomes in the case of a 14-year-old cheerleader’s profanity-laced social media rant that Justice Brett Kavanaugh described as blowing off steam just like "millions of kids" do.

Kavanaugh is one of several justices who have children in high school, or recently did. The court heard just under two hours of arguments by telephone because of the coronavirus pandemic, well beyond the allotted 60 minutes.

At the centre of the case is Brandi Levy of Mahanoy City, Pennsylvania.

Levy and a friend were at a convenience store when she took to Snapchat to express her frustration at being kept on her high school's junior varsity cheerleading squad for another year.

"Fâ€”â€”â€” school fâ€”â€”â€” softball fâ€”â€”â€” cheer fâ€”â€”â€” everything," Levy wrote, in a post that also contained a photo in which she and a classmate raised their middle fingers.

The post was brought to the attention of the team's coaches, who suspended Levy from the cheerleading team for a year.