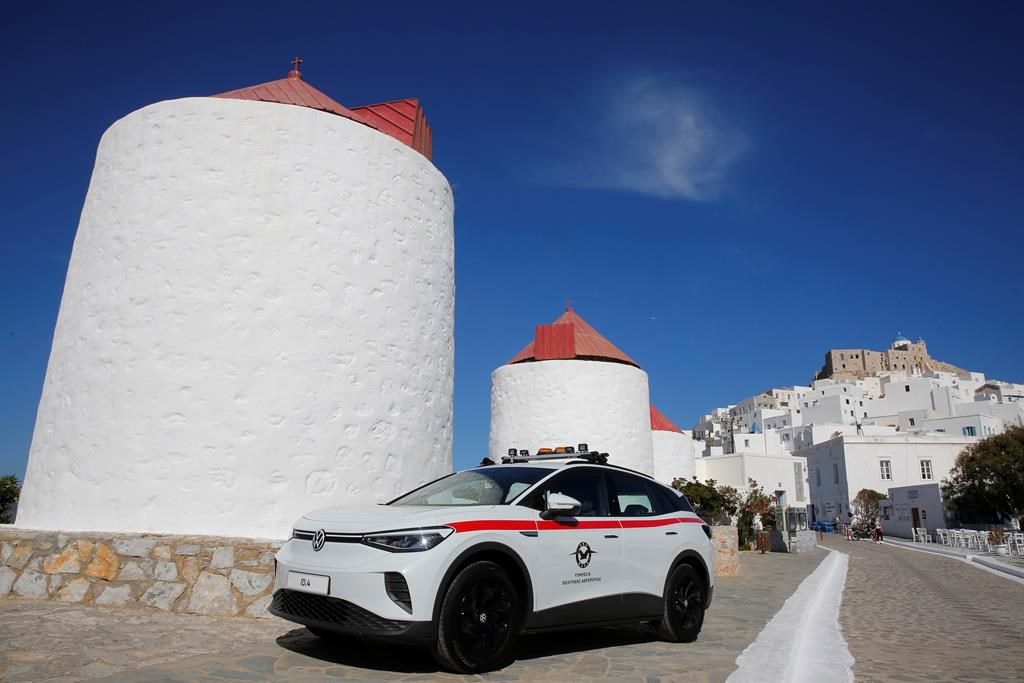 The 20-million-euro ($24.4 million) initiative will receive financial support from the Greek government. It will offer residents purchasing incentives to swap conventional vehicles for electric cars and scooters, and test ride-share applications and public transport models driven by customer demand instead of using fixed schedules and routes.

“This is very valuable knowledge because what we are going to see on this island in the next five, six, or seven years will probably last in the rest of Europe for 20 years or three decades,” Volkswagen CEO Herbert Diess said during a presentation on the island.

Volkswagen has stepped up its plans to produce electric vehicles in recent years, in the wake of a major emissions scandal first discovered in the United States. The company eventually admitted installing deceptive software in millions of its diesel vehicles to make emissions appear less harmful when placed on a test machine.

The government plans to use wind and solar power for the Astypalea project. Officials said researchers from the Universities of the Aegean in Greece and Strathclyde in Scotland were also participating in the program.