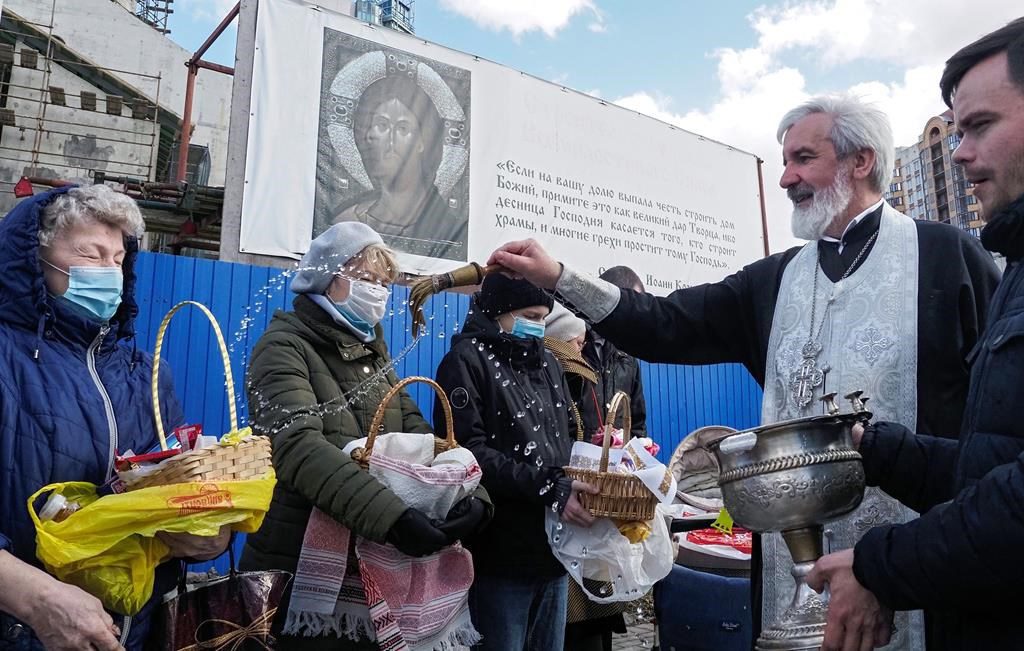 MOSCOW â€” Russia's state statistical service says the number of deaths nationwide in the first three months of 2021 was more than 25% higher than the same period a year ago, and it reported thousands more deaths due to COVID-19 in March than tallied by the country’s coronavirus task force.

The agency did not provide an explanation for the sharply higher death toll, but critics have suggested that Russia underplays the severity of the pandemic in the country.

The national coronavirus task force counted more than 12,300 deaths from COVID-19 in March, but Rosstat gave a substantially higher number. The agency said there were 15,003 deaths that month in which the coronavirus was the leading cause, along with 2,454 cases in which COVID-19 was believed to be the leading cause and 1,401 deaths in which COVID-19 influenced the development of other diseases and accelerated death.

According to the task force, throughout the pandemic 110,502 people have died in Russia of COVID-19 as of Saturday â€” 392 of them in the past day. The country has recorded more than 4.8 million confirmed cases.

Although Russia has boasted of being the first country to authorize a coronavirus vaccine, the pace of its vaccination program is lagging well behind many other countries.