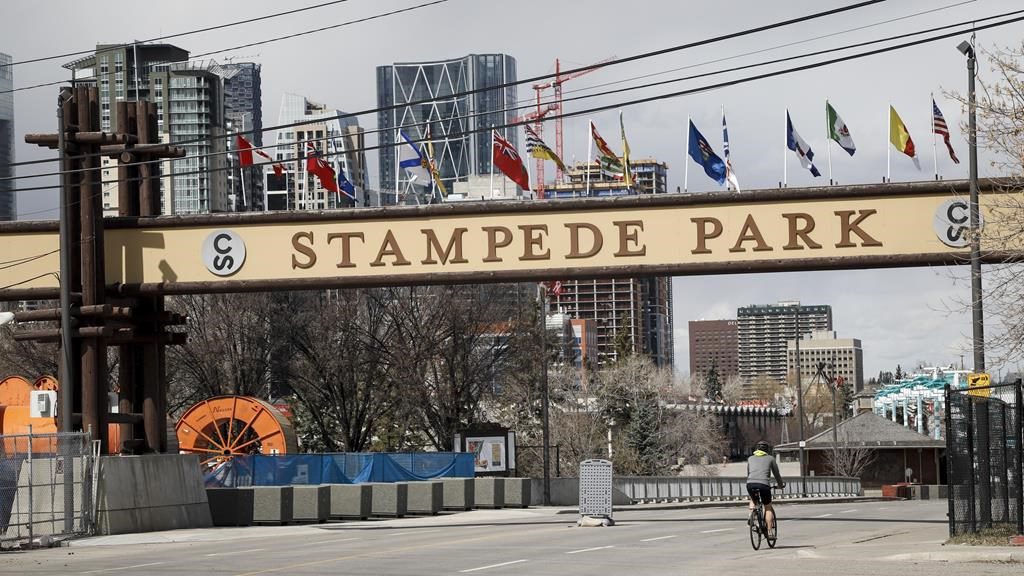 EDMONTON — A doctors group has sent a letter to Alberta Premier Jason Kenney urging him to cancel major summer events, including the Calgary Stampede, or postpone them until this fall.

The Edmonton Zone Medical Staff Association’s COVID-19 committee warns that Alberta’s ‘Open for Summer’ plan that could see most restrictions lifted by late June or early July is rushed. It notes British Columbia and Ontario won’t reach that milestone until September.

“In our opinion, it is unsafe to hold a major event such as the Calgary Stampede, which may draw attendees and participants from multiple provinces and countries before at least 70 per cent of eligible Albertans have been fully vaccinated with two doses,” the letter reads.

Almost 65 per cent of eligible Albertans have received at least one shot of the vaccine against COVID-19.

It’s widely expected the world-renowned rodeo and fair will open July 9, but it is to be a scaled-down version with what Stampede officials have said will be a priority on safety. The chuckwagon races won’t be held and some indoor events could be moved outdoors.

The doctors say with an increase in COVID-19 variants, this is not the time for the Stampede.

“Planning such an event with the current unknowns, along with concerns of reduced vaccine protection against highly transmissible variants, puts attendees and their contacts at risk.

“It also increases the risk of a fourth wave of COVID-19 later in the autumn of this year.”

The doctors also urge the Alberta government to step up vaccinations with mobile and 24-hour clinics as well as to prioritize second doses for high-risk groups.

“Like everyone, we sincerely hope that we are at the beginning of the end of this pandemic and not at the end of the beginning. Regardless, it is too early to declare victory over this unique and dangerous pathogen,” says the letter.

“We need to remain vigilant and cautious.”